Thanks for your comment Patsi! I haven't really explained at all why we've moved to Montana.

Back in 2012 Kim and I went to Glacier National Park for our vacation.  For years Kim had been saying how he would love to own more property than our little city lot.  After that vacation we decided to get serious and start looking near that area.  Retirement was on the horizon so why not?  As it turns out that was a great year to purchase real estate and we managed to snag this place;  a log home on 10 acres with about 1/2 wooded, more than we ever expected.  We've been paying on it for nearly 4 years and just recently as housing prices soared in our area we decided to sell our (paid in full) Boise home, retire a year early and make the move.

We wanted something different for retirement and that's what we have.  Out of the desert of Boise and into the woods of Montana. 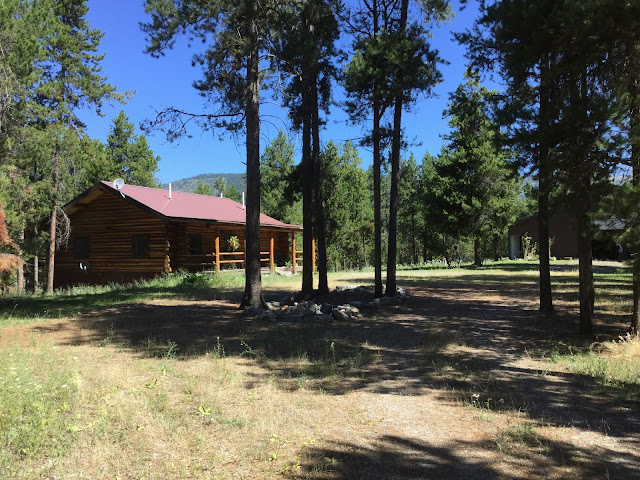 We aren't isolated.  Our house is actually in the small town of Marion, just an hour drive from Glacier National Park.
From http://glaciermt.com/Marion

Marion's population is around 900.  Yup, it's small.  We do have a post office, a gas station with convenience store, a bar and grill with a small hotel attached, another bar, an elementary school, a volunteer fire department, a couple of retail stores (honey and misc items), and a library which is open twice a week and resides in the elementary school.  And they're all within walking distance.

Our home is older so most of the time we could spare to get up here from Boise has been spent getting familiar with the area and fixing things up inside.  Which we're still working on now.  (Getting there!)

The town of Kalispell is just 20 quick miles away to the east.  And it has pretty much every kind of shopping we could desire.

Our first major plan here is a garden.  Mostly a vegetable garden.  We know it will be a challenge in part due to these guys/gals: 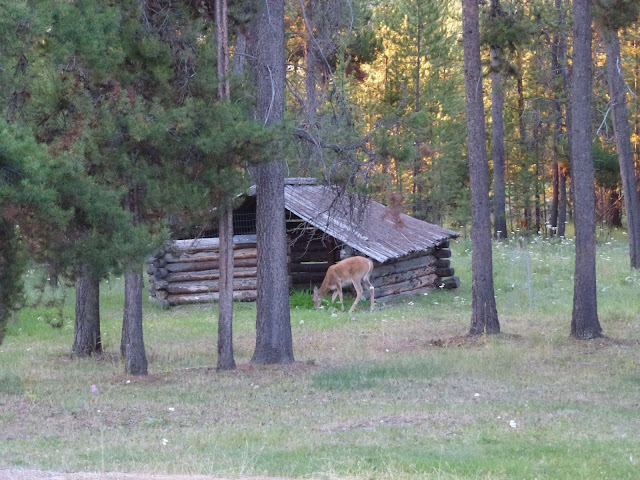 There are also lots of ground squirrels so we're hoping the cats can help with them.

Our future vegetable garden spot:    (There will be a fence!) 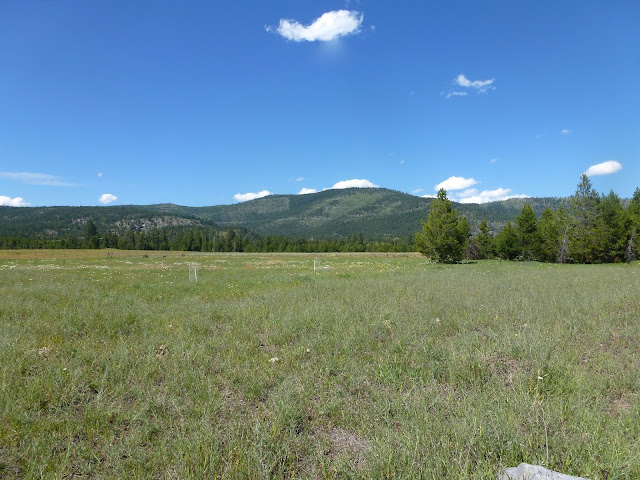 Which will hopefully include a nice covered gazebo around which I can attempt to make a little flower garden. 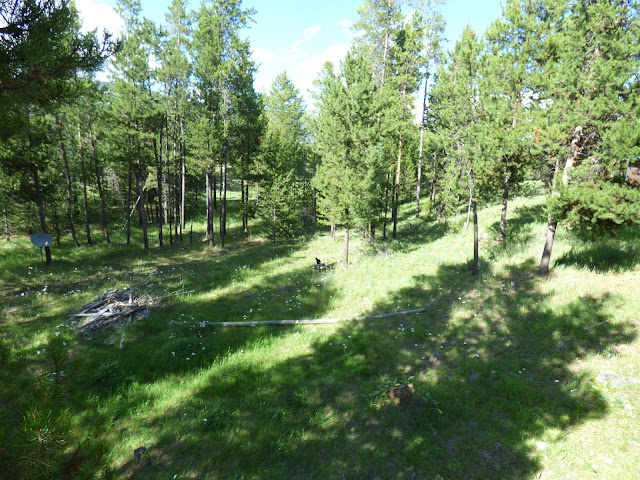 Yes, we have lots of plans.  Plenty to keep us busy.  See the little black dot in the center of the photo above?  That's Felix, one of our three cats.  They're loving it here.

Scarface and Chelsea like it anywhere we are;
(I just noticed the cat head poking above the deck on the stairs.  Must be Frankie.) 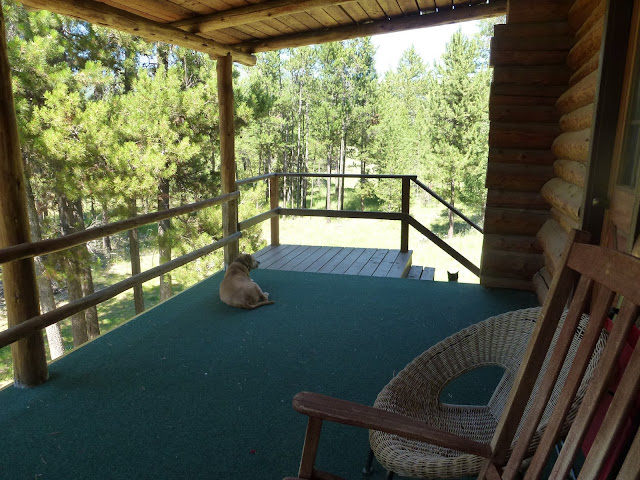 So that's it.  I hadn't been talking about this place online much because it has always seemed so far off, but now the reality has arrived.
We're ready! 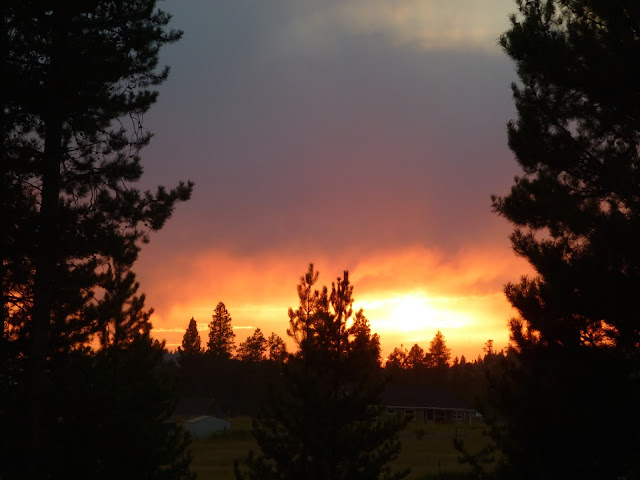 Posted by Victoria Williams at 9:06 AM

RETIREMENT...WOO HOO !!!!
Congrats on paying off your Boise home and making the move.
The town of Marion reminds me of the old tv show "little house on the prairie" sorry that's the first reference I could think of.
Love that you can walk to town and also only 20 miles away there is all the shopping anyone would need.
LMAO-Your future vegetable garden area is way too small ! No wait you must have big plans. A fence sounds like a must to keep the deer out and maybe some other wild animals.
Your creative and talented Kim and you( yes, you're creative and talented also) will have a blast in your new home.
The landscape is beautiful. Thinking it's nice and quite there...ah, peaceful.
Oh, have you found a place to run like in Boise ?
I know I want to see everything you do. BTW I retired last year and our house has been paid off for 3 years now (15 years early).
We're not as adventurous as you two so I'm sure your posts will be educational and entertaining for us old folks. Many thanks for this post. You knew I need to know.

Congrats on the early retirement and big move. Lovely locale. Will be interesting to see how you homestead in Montana. Wishing you lots of enjoyment and not too many deer....

Wow what an exciting change. I think it's good to shake things up a bit and have a new adventure to launch your retirement. We are thinking of doing that ourselves in a few years.

I saw that you had posted this a little bit ago and knew I needed to remember to come and read about your move. How exciting to have so much land and space to 'play'. Retirement for us has been a blast. From your photos on FB and here you have found your own slice of heaven. So how is the winter?? We moved south to have a milder winter, but you all are more winter oriented in your activities.
Keep sharing your beautiful scenery with us, love those mountain views. (and happy retirement!)