One of the first things on our list of to do's after arriving at our new home in Montana was getting our chickens situated.
This is the pen they traveled in from Boise and what they had to remain in as Kim built them a new coop and run. 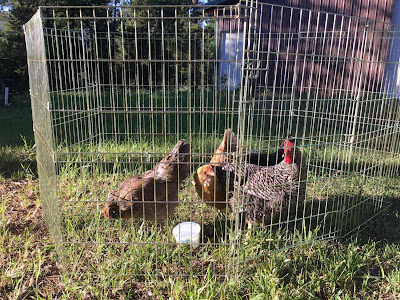 They were justifiably not thrilled with these quarters.  For one thing there were no nesting boxes.

But they quickly were able to be up scaled to this: 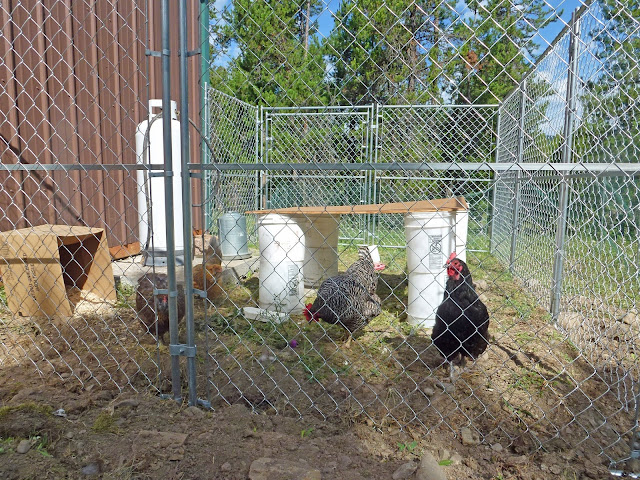 We purchased a 10 X 10 foot kennel, which is now 10 X 15 after using the shed as one wall.  So, they were a bit happier.  He placed a cardboard box with shavings for them to use as a nesting box.  (No one used it.)  The buckets and board provide them with much needed shade.

Then he started on the indoor coop. 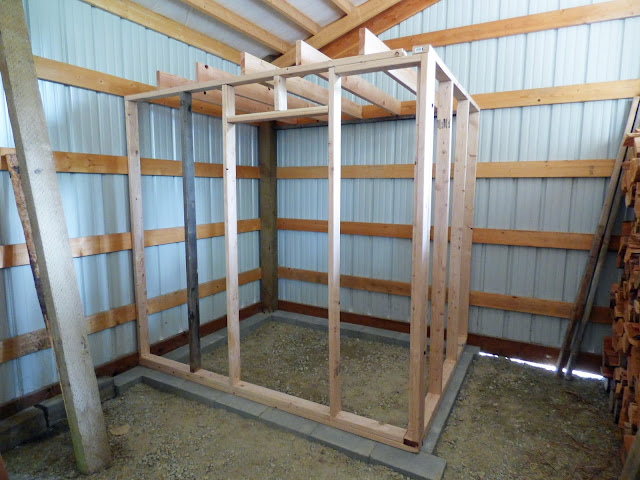 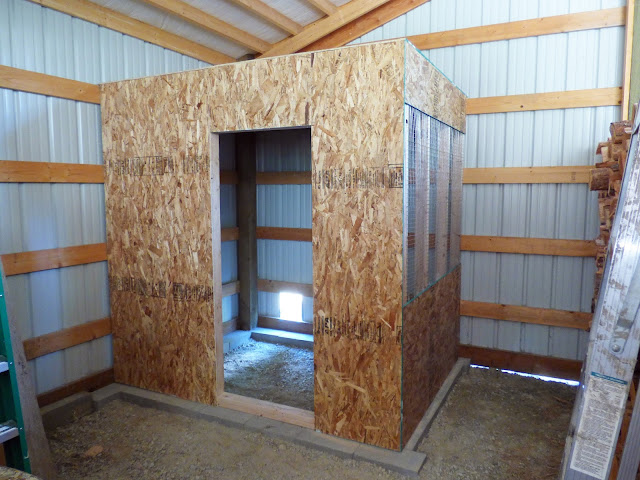 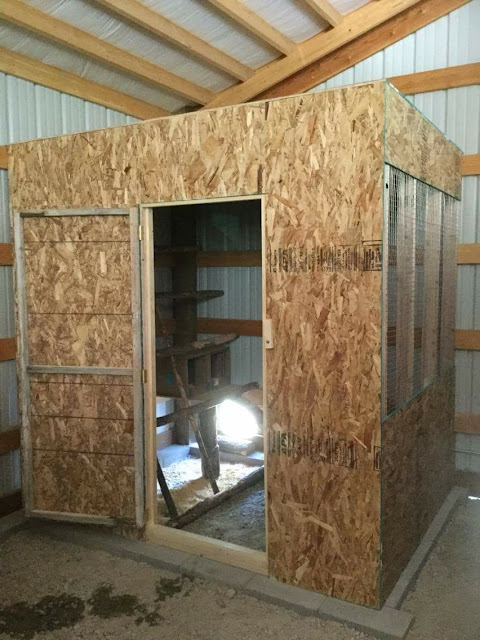 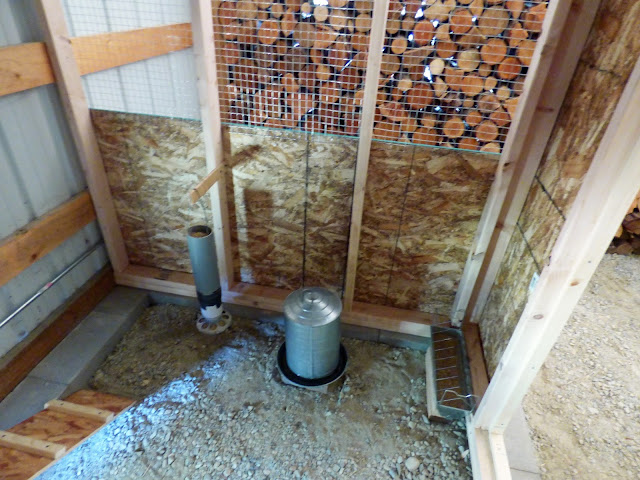 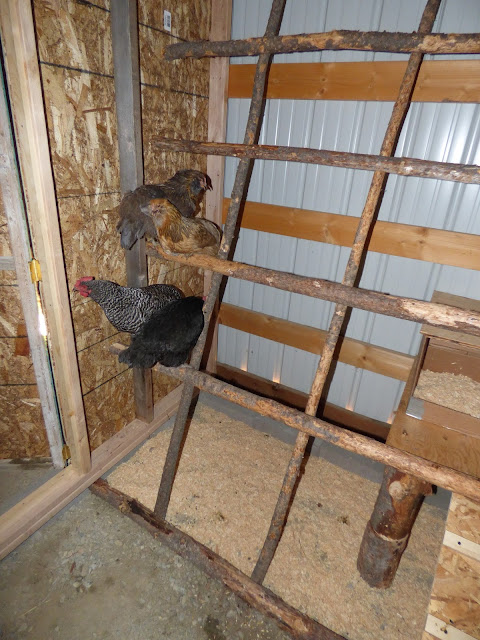 So now they have access to their outdoor run via this little door.  And Kim installed a bar which we slide to open and shut the sliding door while we're outside the coop!  I love it. 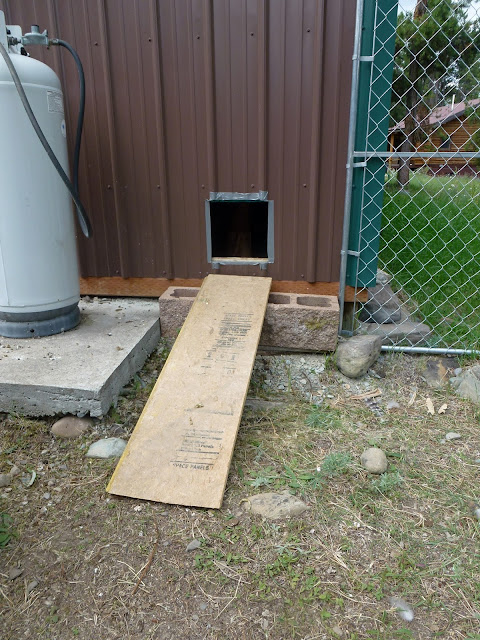 Now if someone (I won't name names, but Hazel, Brazil and Ginger, you know who you are) would just start laying some eggs.  Tootsie, one of our oldest, has given us four eggs in the three weeks we've been here.

"Stress can cause your hens to stop laying.  What causes them to have stress?  Allowing them to get frightened or handled too much, letting them run out of food or water, moving them to a different pen or coop or disrupting their pecking order can all cause stress."

There is a lot of talk about what causes stress in chickens and makes them stop laying.  Not much discussion about when they'll get over it.  I suppose that's up to the individual hen.  Hopefully the stressed three will start laying before winter hits.  We still need to predator proof the outside run some more;  fencing and rocks along the bottom, etc, but for now the hens have a safe place to roost at night and access to sunshine and a run.

Posted by Victoria Williams at 8:43 AM

Your poor hens have PTMD (Post Traumatic Move Disorder) I would think they should be back to laying soon! Every time I get peeps, I am amazed that they can travel so far in a teeny weeny box and be right as rain!

Hey stranger ! Hope you and your family are all well. I think your Kim is a keeper...what a great creative job he did for the hens and chickens. Not sure why you moved but I'm sure it's a good thing.