Yes, our pets.
What a topic.

We've had Chelsea the longest...going on 12 years now.  She was a "gift" from our son.  Chelsea was about to be taken to the pound in Utah where our son was visiting.  He phoned us and asked us if we would like a dog, as this little dog was so nice.  We had recently had Kim's cocker spaniel, Buffy, put to sleep after his long life of 16 years.  But how could we say no?  Besides, we had a safety net; Casey's friend's mother said she would take Chelsea if we didn't like her.

And just look what we ended up with....half husky, half corgi is what we were told.  And she was adorable. 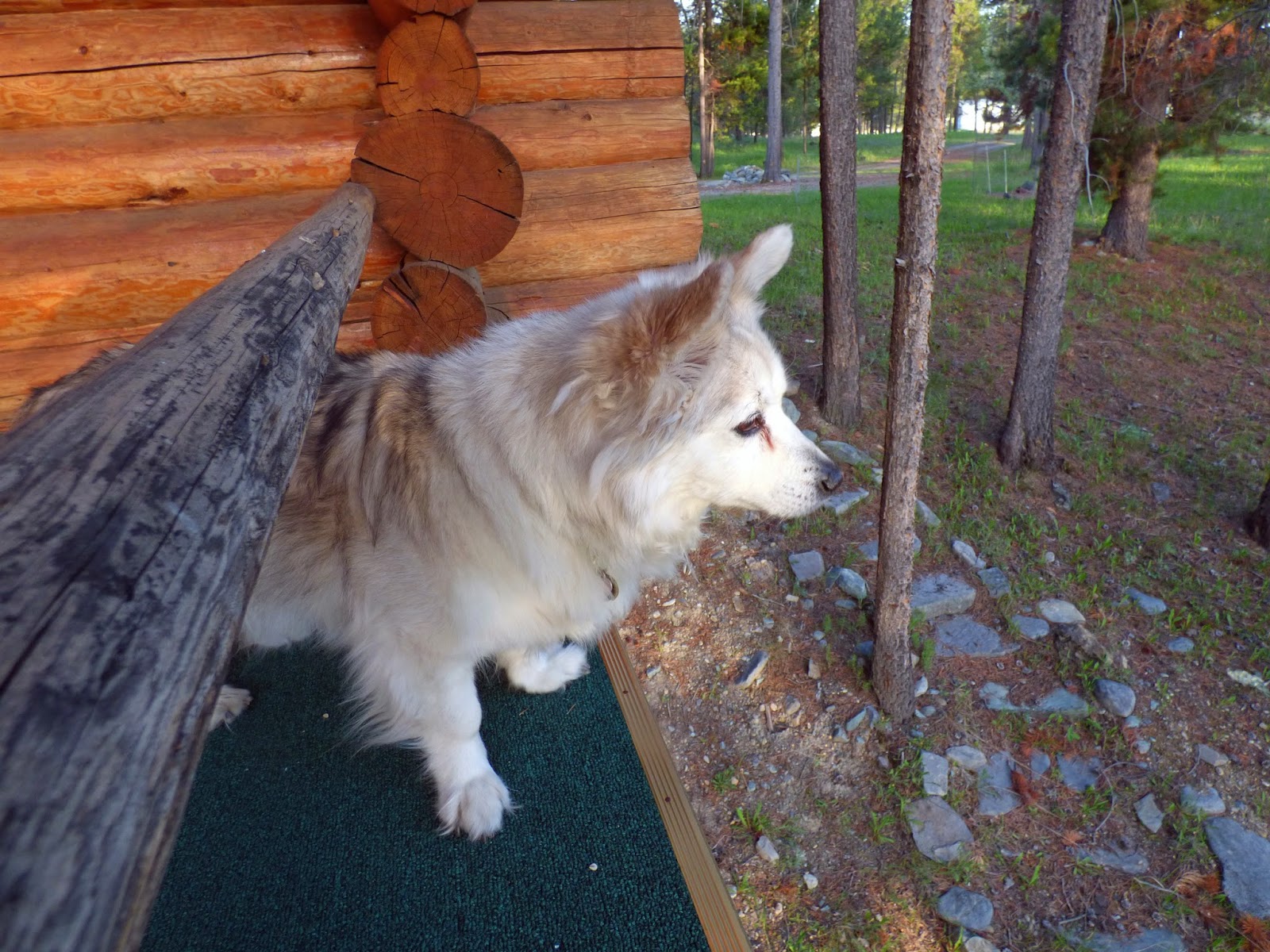 Chelsea has been a great addition to our lives.  We estimate her to be around 14 years old so we don't expect many more years from her.  But she's been great.
She's mostly deaf now, and likes to sleep, a lot.  But she's been tolerant of our chickens and many cats. She's been a sweetheart. 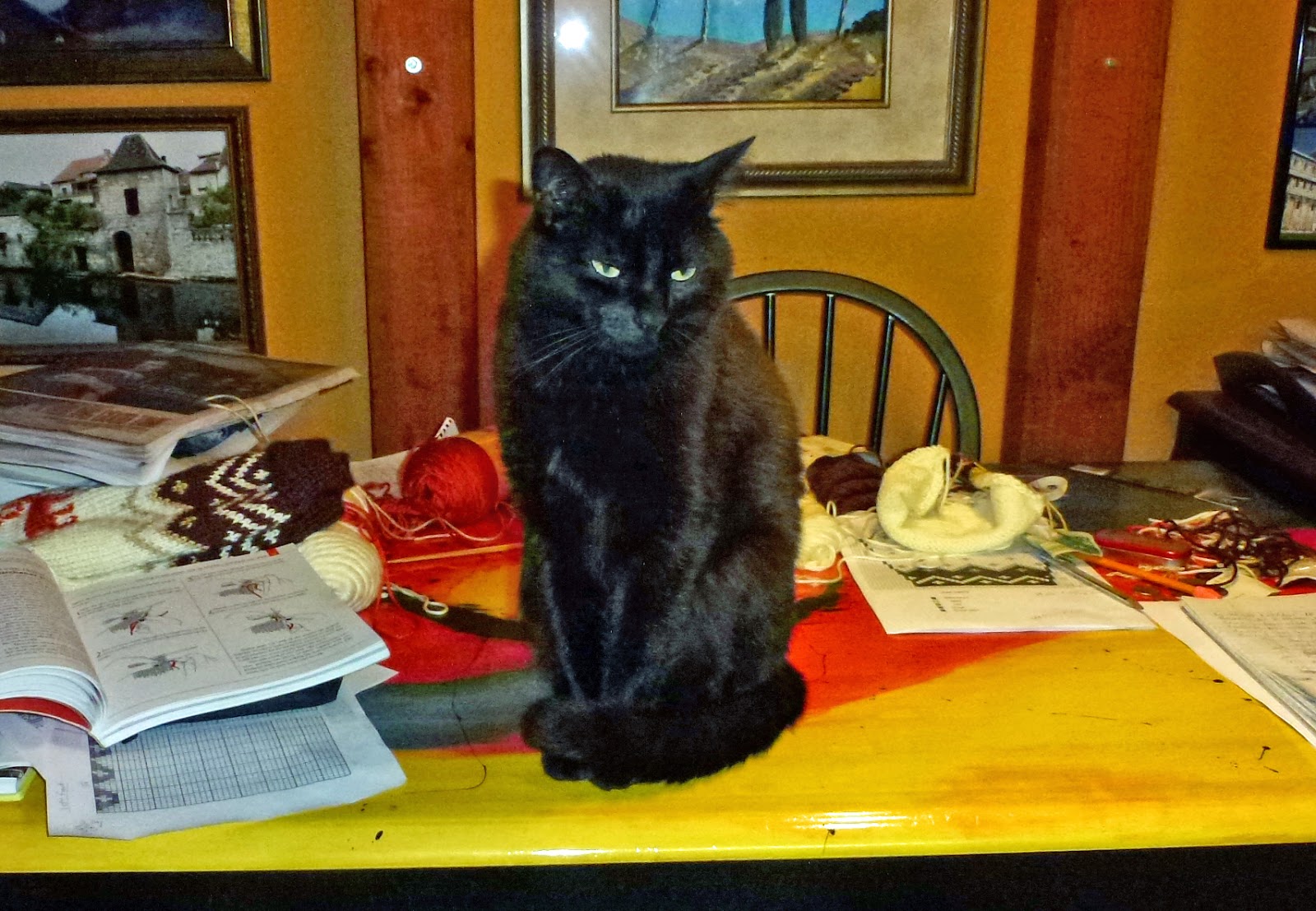 Jessie was a stray kitten from next door.  He came to us three years ago.
Jessie is a large cat, but a big scaredy cat.  He's a lover, not a fighter.  And he's also a drooler.  Pet him and you'll get wet.  He is by far the shiest of our cats.

The cats next door just wouldn't stop making babies.
Felix was our next adoptee.
How could we resist???
Just look at this guy. 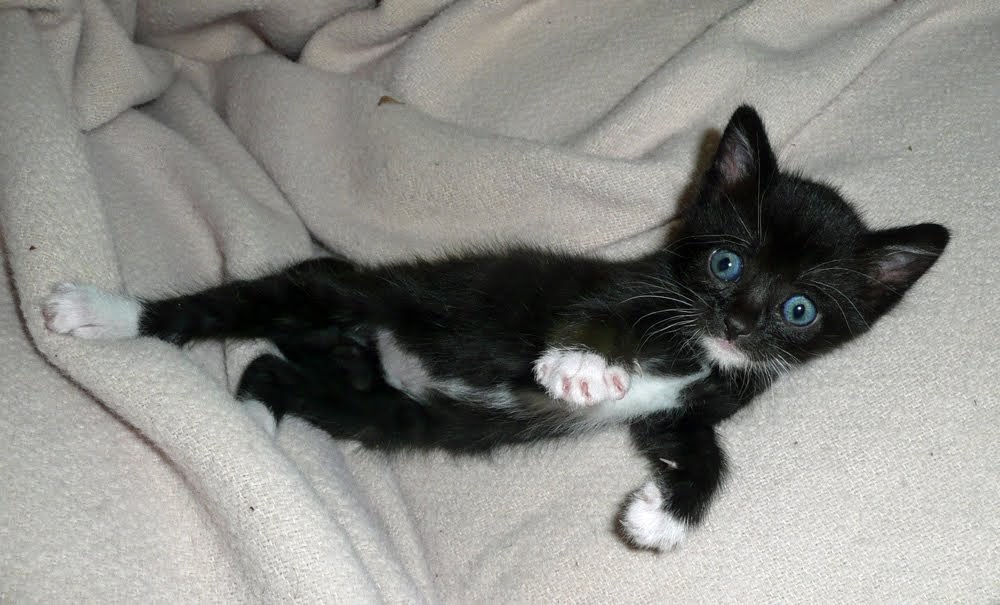 But, I'm sorry to say, I probably pulled Felix away from his mother too soon.  And I don't recommend it.  But the result was a sort of bond between he and I.  Felix was quite needy when I brought him home and he got into the habit of sleeping across my neck at night.  Which he does to this day.  I have to admit I love it, as it feels like a warm scarf across my neck at night and is very comforting.

He also enjoys rides on my back/shoulder through the garden.  (Not sure why, he's just weird I guess.) 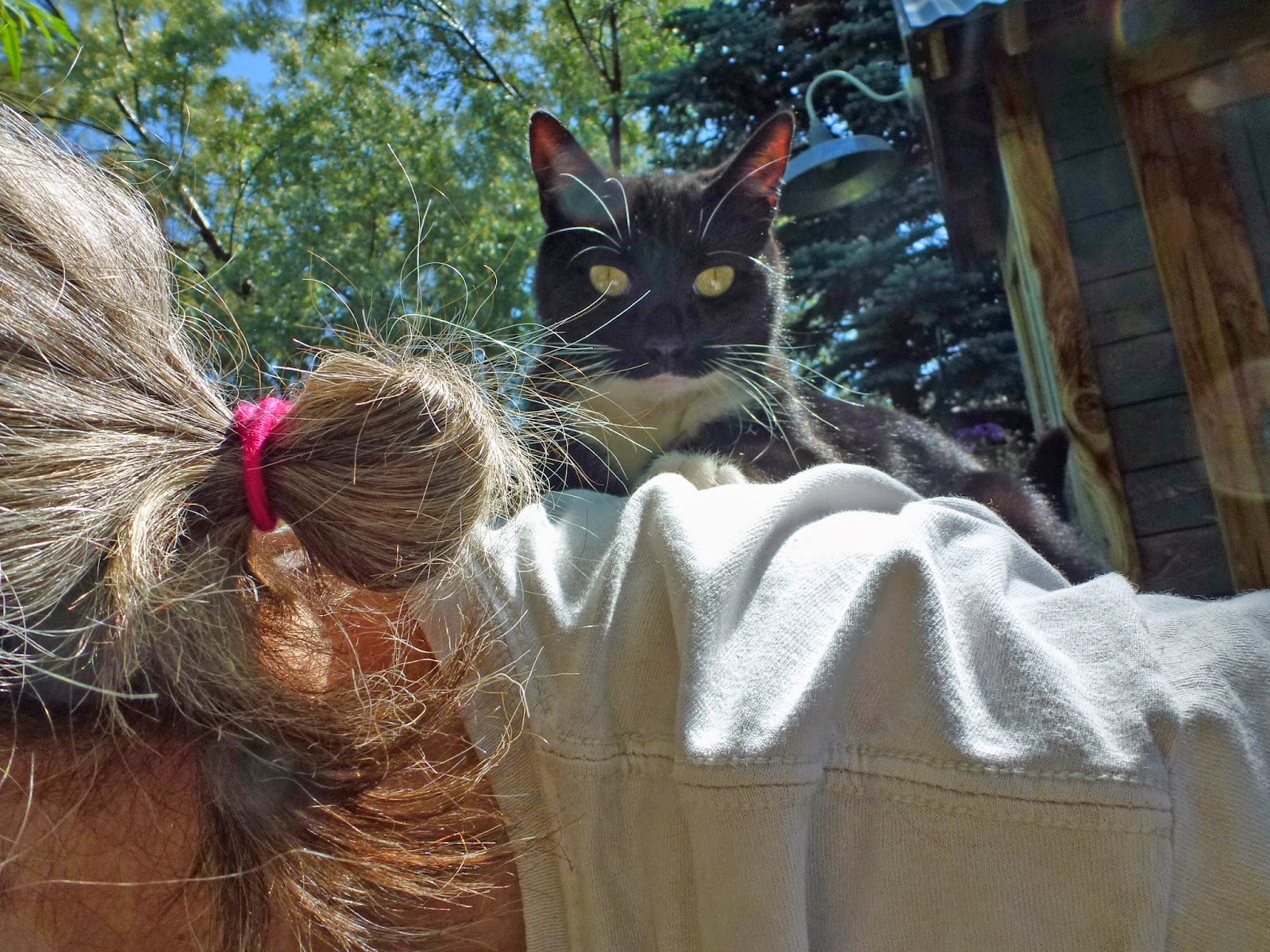 Felix is a smaller sized cat but he has the cajones of a much larger cat.  He stood up to Scarface upon his arrival to our household.  Something none of the other pets have EVER matched.  So never doubt Felix's courage.


And then there's Frankie. 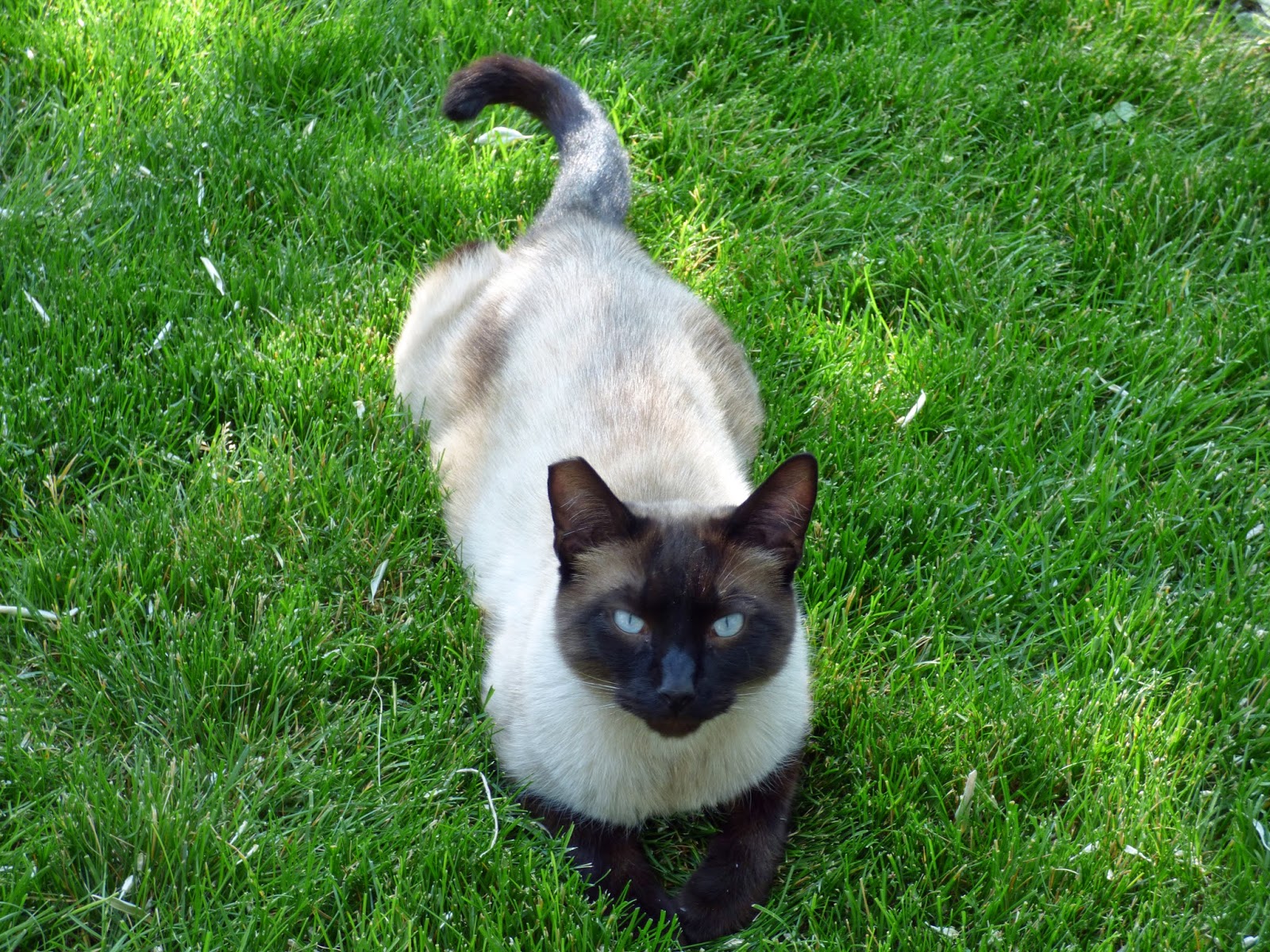 I never should have adopted Frankie. (The clipped ear is a consequence of neutering at the pound for a feral cat/mother combo.)
But just look at those eyes!  Those beautiful blue eyes.
Frankie was one of the seven kittens we rescued, along with their parents, and had spayed/neutered and adopted out.
Just look at him as a kitten and tell me you could have resisted him. 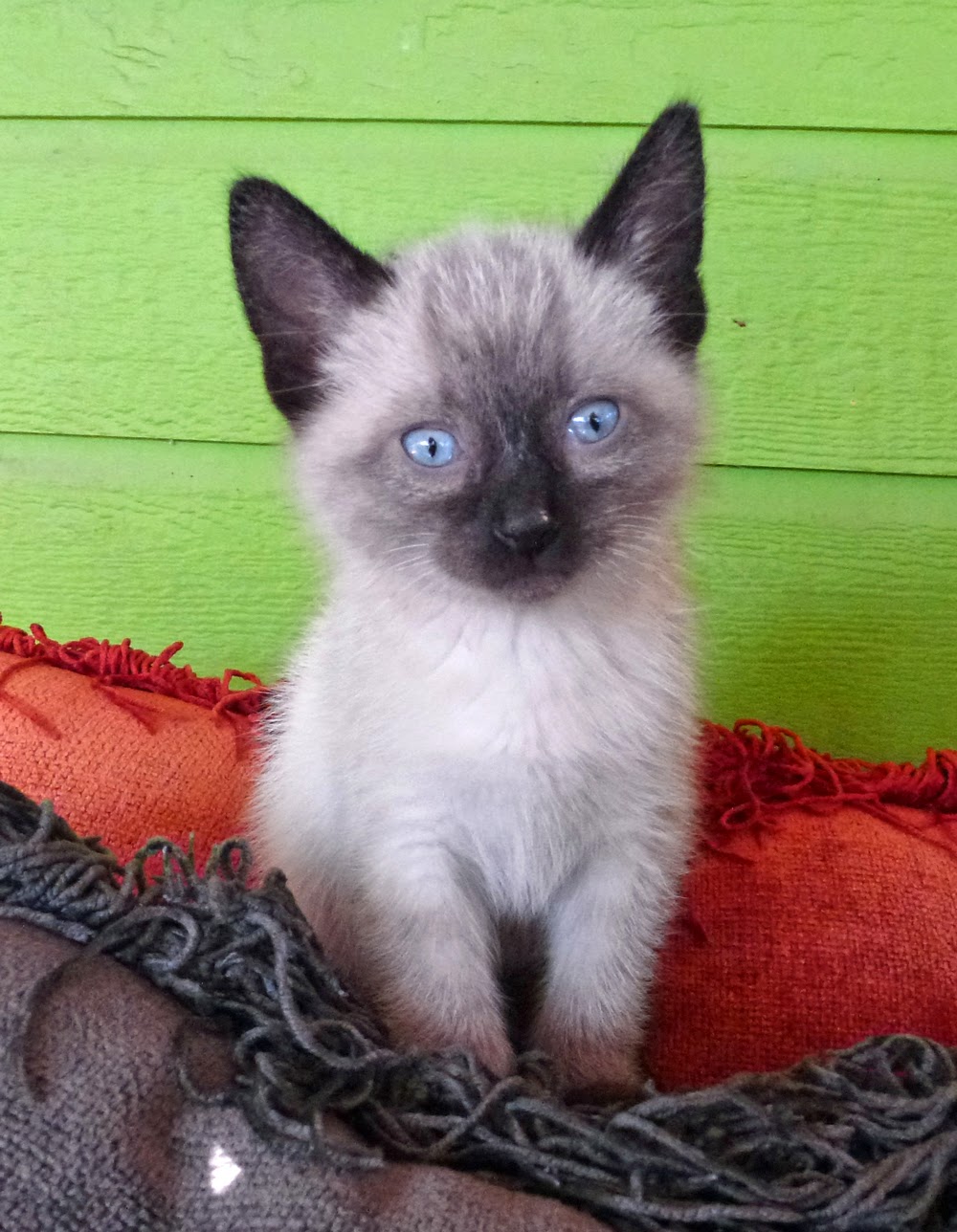 My first mistake was in naming him.  Don't ever, ever, ever, name a kitten you intend to give up for adoption.  Because if you do, you're dead.  Well, not dead, but you're not going to give that kitten away are you?

And why "Frankie" you ask? (If you have to ask you've probably never heard of Frank Sinatra.)

Give me a little credit for not also keeping his cousin, "Francine".  There was never such a beautiful pair.
But I sucked it up and adopted her out. (I know, it wasn't easy.) 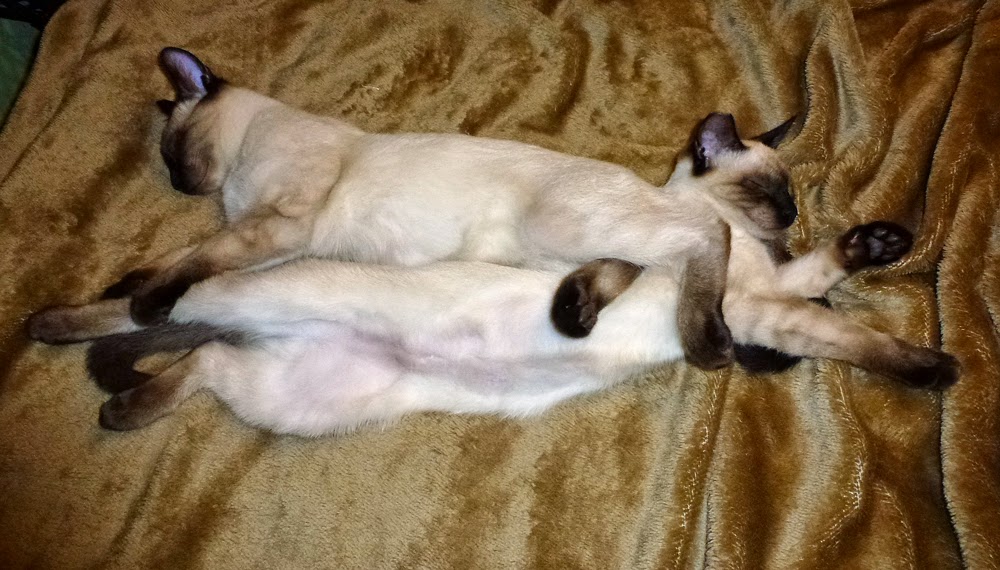 Frankie was a spit fire when we caught him as a kitten.  No longer.  He is a WHINER, all caps intended.
Frankie will wake you up in the middle of the night, not with a love pat, but with claws out, crying. And what does he want, you ask?  He wants you to PET him as he EATS.  Yes, you read that correctly. 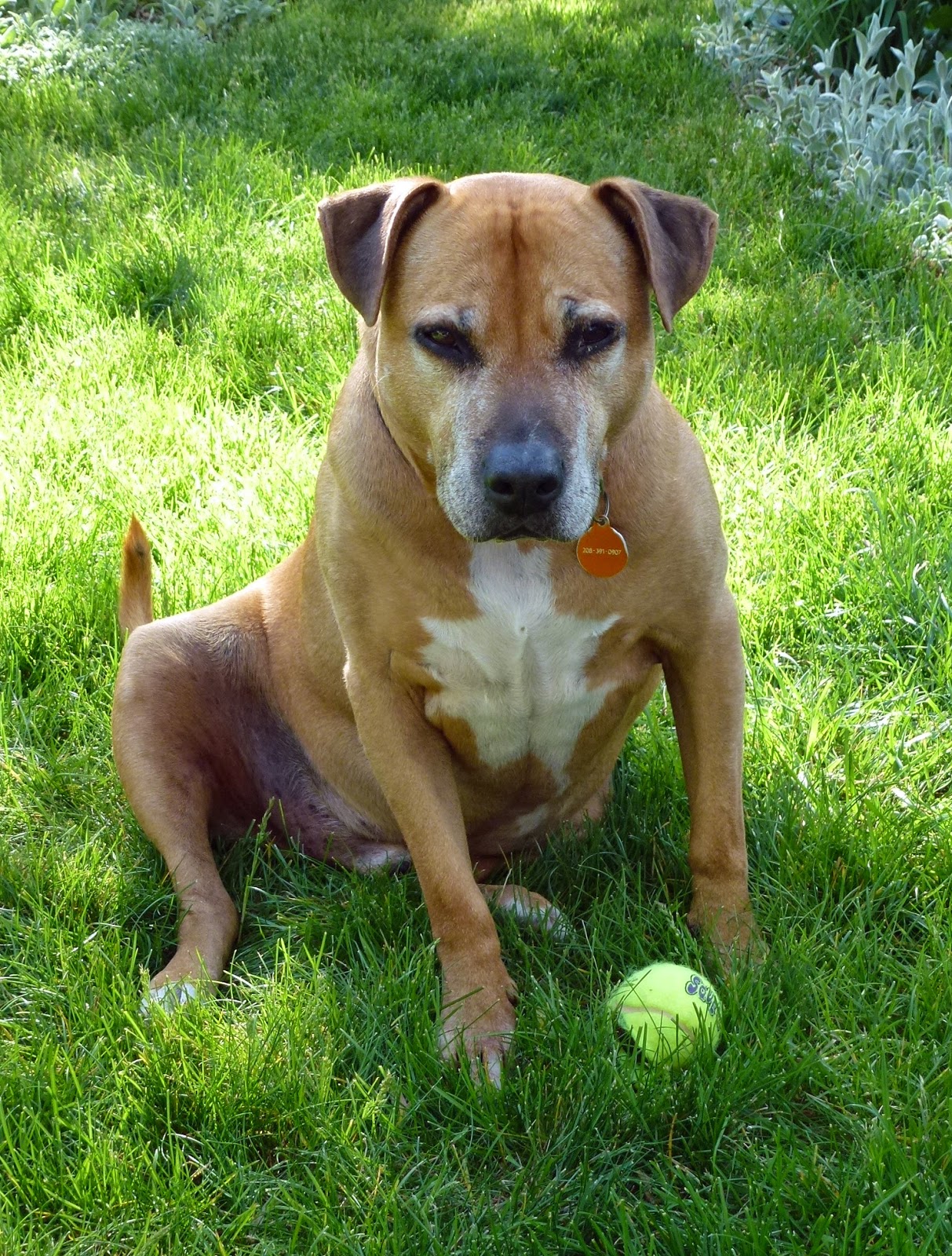 Yes, SCARFACE.  We did not name him.
Our son did.
Scarface is now ten years old.  He was on his way to the pound when I told my son to bring him over.
This is a dog who doesn't like other dogs.  Or strangers.  Or children.  Or cats.
A dog who will bite, and has bitten.
A grouchy dog.
A dog with problems.
He was supposed to have had a home but it didn't pan out.  Our son needed to move on with his life;  I get it.
I just couldn't get Scarface ending up at the pound.  So he ended up at our house.  (How many parents out there end up with their children's pets????)

And he has managed to fit in somehow.  Now he is "my dog" and Chelsea is "Kim's dog".  Scarface has managed somehow to fit into our lives and into our hearts.
He tolerates the chickens and has learned to tolerate the cats, exception being scaredy cat Jessie.
Kim and I are accustomed to his peculiarities as he had lived with us prior to his arrival ten months ago.
We don't expect many more years from this grey boy, but we intend to make his final years comfortable.

Look how brave Felix is.
He enjoys playing with Scarface's tennis balls. 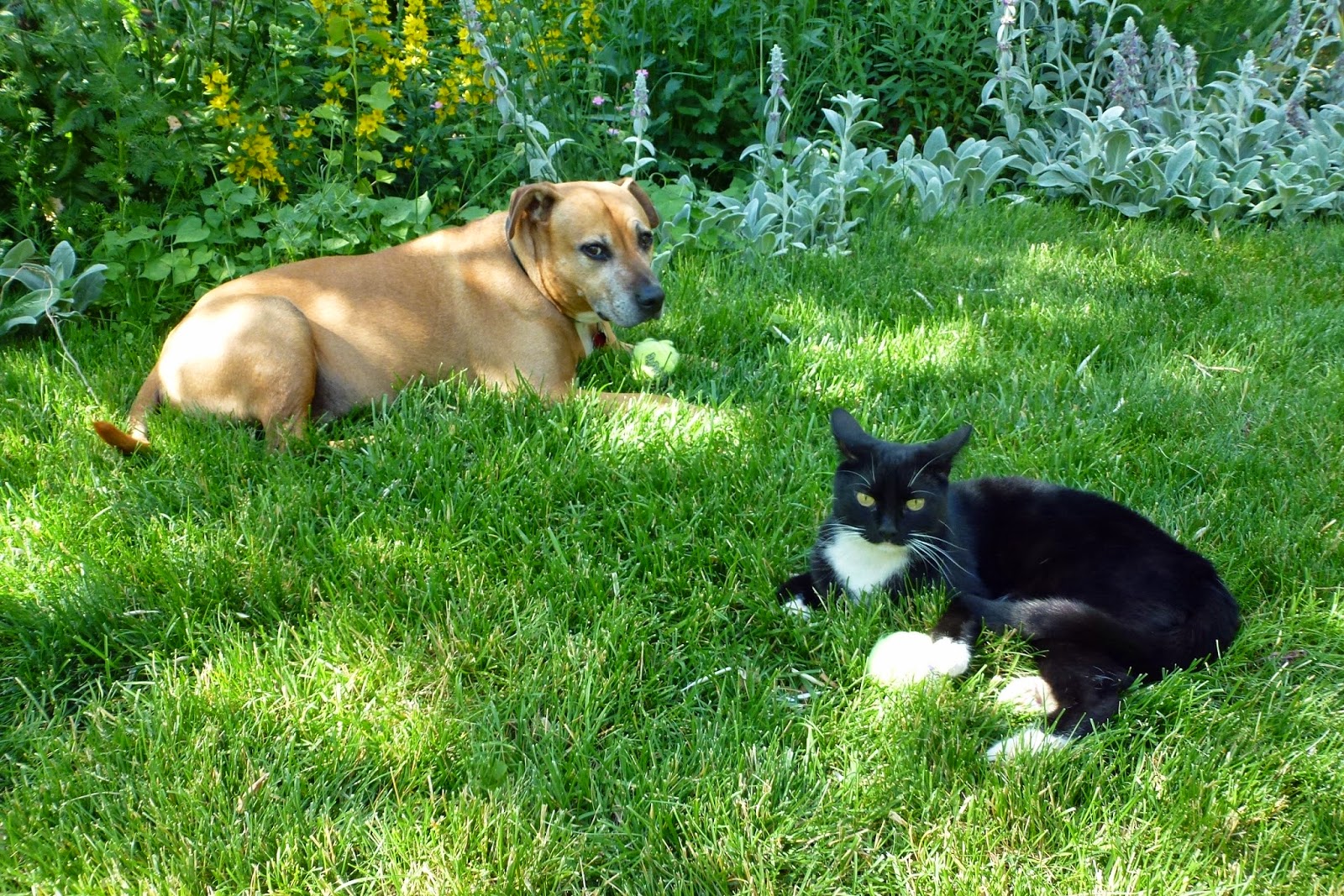 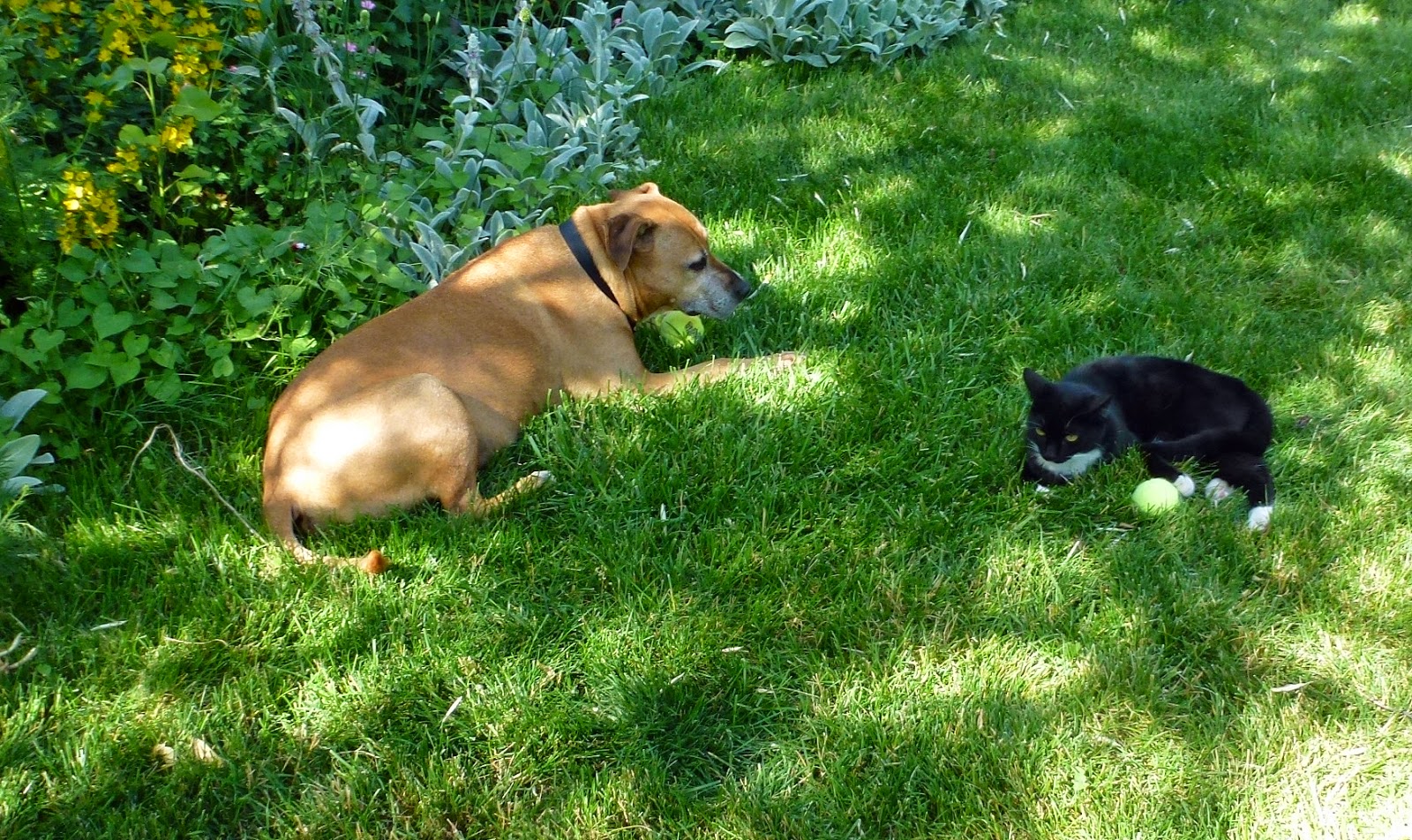 Check out our pet chickens in the sidebar to the right.
How many pets do you have?  How many stories do you have?
Posted by Victoria Williams at 10:31 PM

Love this. We have quite a menagerie of characters ourselves.

This was such a great post Victoria!
I don't think there is a gardener out there that is not a pet person too .. goes hand in hand some how.
All of these characters are sweet and quirky .. rescues always have odd personalities .. Emma is so darn smart (and knows it) she always gets her way in the end some how. Sophie is more of a baby and vocalizes a lot as her Siamese side comes through more and more as she ages. The two of them are like sisters even though they aren't by birth. Life would be so odd without our fur babies eh ?
Thanks for dropping by my blog.
Joy ... I have more to read here!

Pets are just four legged family members, and yours are wonderful. Thanks for stopping by Keewee's garden. Kim & Victoria, life has a way of getting in the way of blogging, also I have gone back to working a 40 hour week and it takes all I have just to keep up with my gardening. I must say, this year my vegetables are outstanding and keeping food on our table.I have some photos I will share very soon.

I love this post, Victoria. You and Kim are such compassionate, caring people, taking in sweet cast-offs, so they can live like kings and queens--a life that every animal deserves. You're right about naming a kitten. Forget about saying goodbye because that bond is too strong. We have 4 cats at our house. Three are from the humane society, one is from an ad in the paper which in our minds is also a "rescue." They are completely spoiled and well loved. Life is good.

Enjoyed your pet stories. Sorry about Buffy. I don't know how you find the time to care for all your furry children but I'm glad you do. We have a one year old dog from the shelter named Henry. Husband who is retired takes him to the dog beach every morning where he runs super fast and only 16 lbs still plays with the big boys. He's husbands baby.

Victoria, I love people's pet stories, especially the cat stories (I'm not really a dog person!). And I love people who rescue pets. When I was growing up, I'd go to the animal shelter with my mother and bring home the cat who either tried the hardest to get our attention or had the saddest history. Question: Do you know why your neighbors' didn't get their animals neutered?