There are various Native American museums along Highway 93.  The one we chose to visit was Ninepipes Museum of Early Montana, named after Salish Chief Joseph Ninepipes.

The museum is an attractive collection of all kinds of items as you can probably imagine. 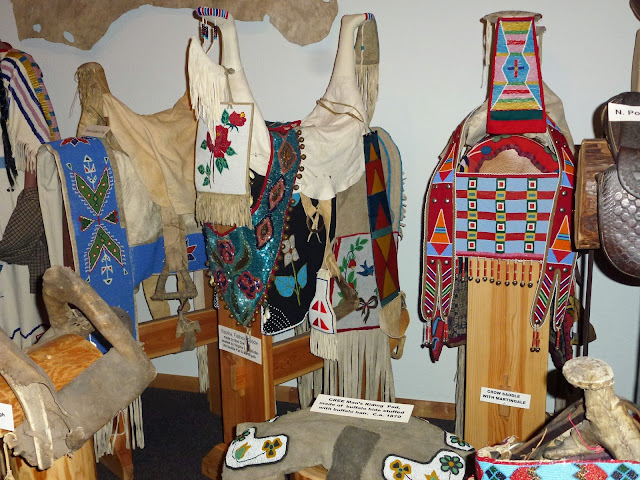 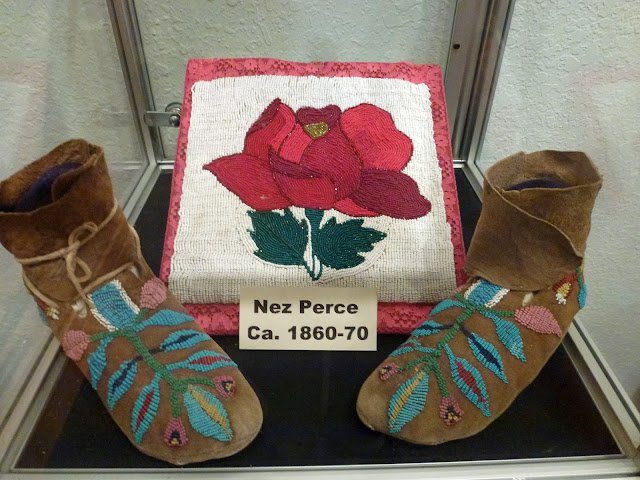 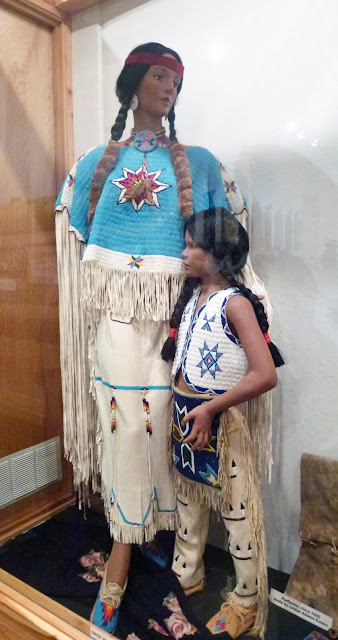 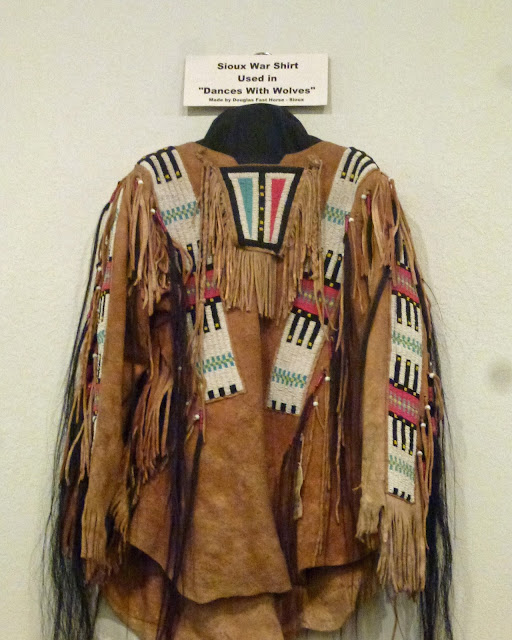 What really fascinated Kim and I were the many wonderful photographs. 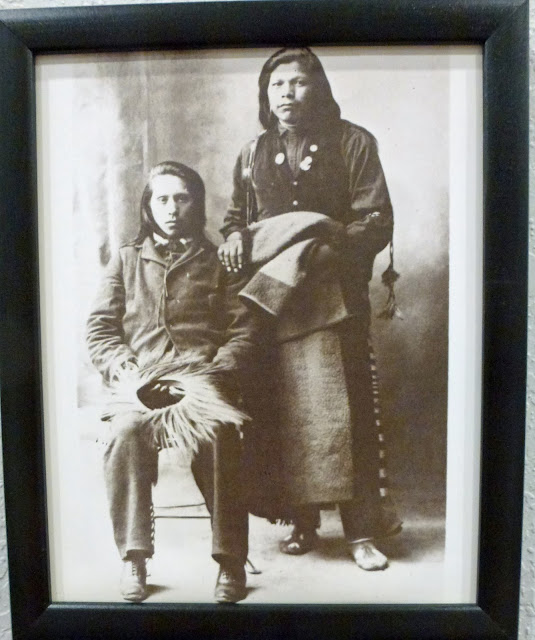 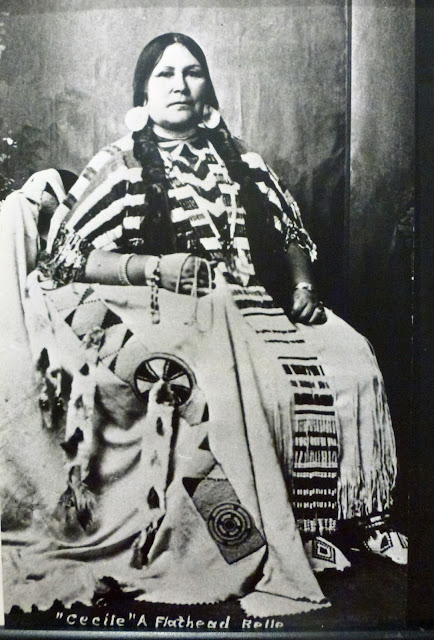 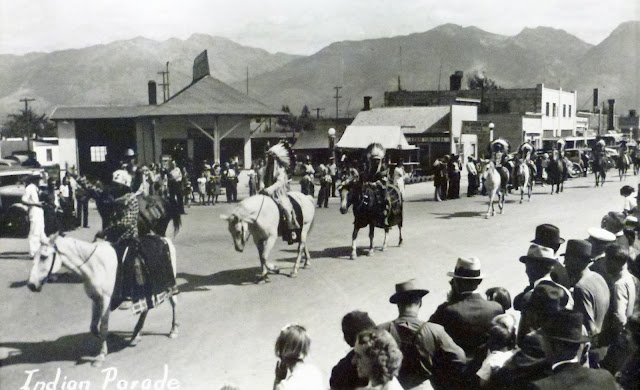 This photo has a story:  "Chief Paul Charlo, known in Salish as Palcatnah, was the last honorary chief of the Salish whose Chieftain lineage dates back to Lewis and Clark.  He bitterly opposed the allotment policy on the Flathead Reservation and made a number of trips to Washington D.C. to attempt to change the policy.  Father Taelman first came to St. Ignatius Mission in 1890.  He spoke Salish fluently and was known to say mass in Latin then translate into Salish.  He served as president of Gonzaga University from 1909 - 1913.  Throughout the years he returned to the Mission Valley to work with the Indians.  He died in 1962 at the age of 95.  His last rites were performed at the St. Ignatius Mission." You can read a short letter on Charlo's thoughts about white people here.  It's worth the read. There were also photos of some pretty cool looking cowgirls. 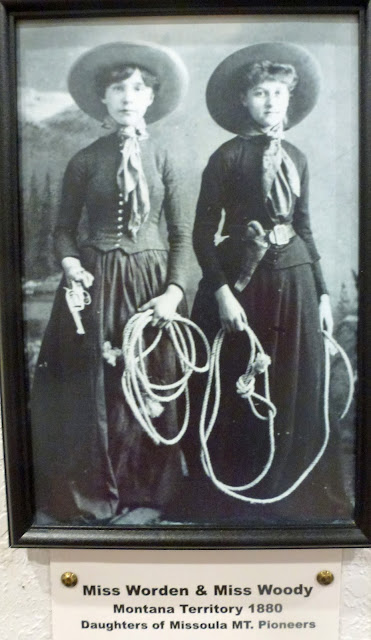 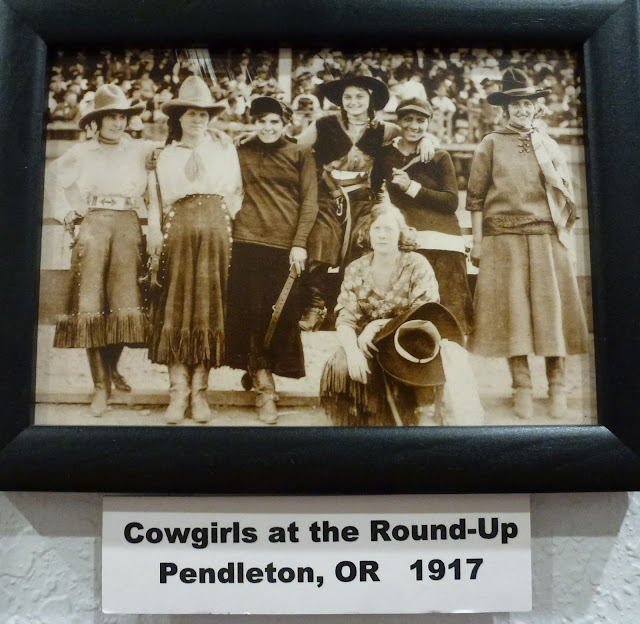 The museum ends with a huge diorama and some stuffed animals. 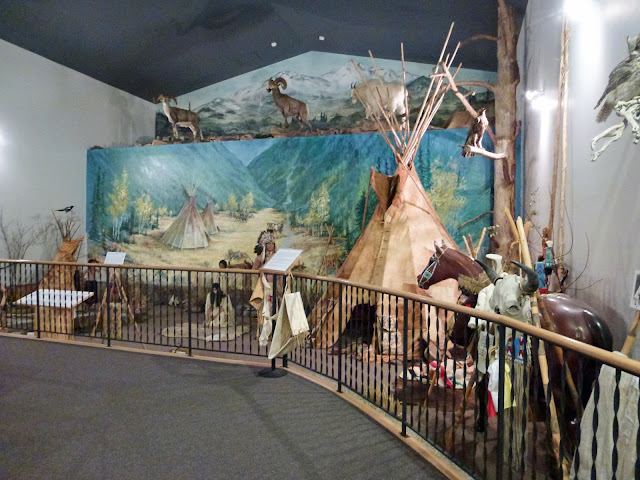 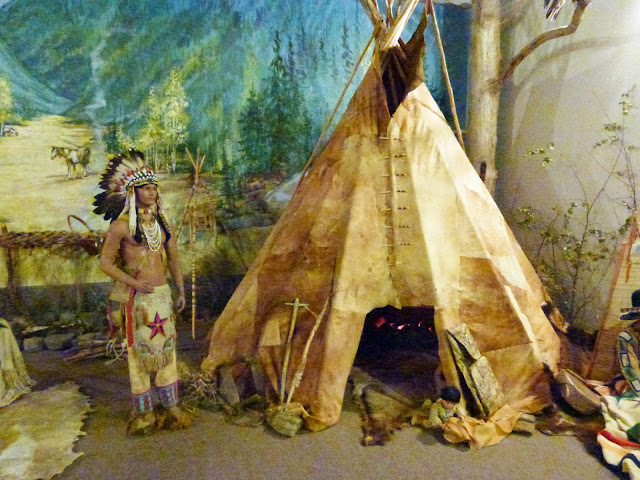 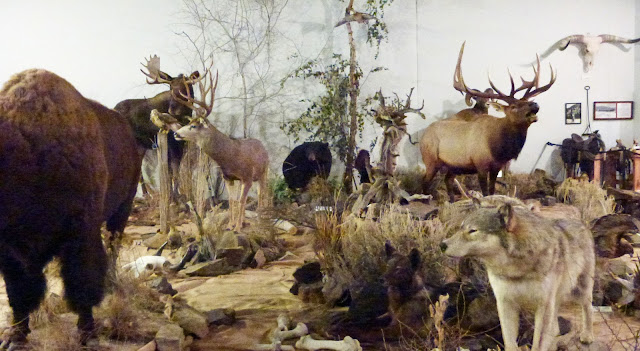 I'd never heard of a story hide before but of course it makes so much sense.  What a great idea.
Beautiful and fascinating. 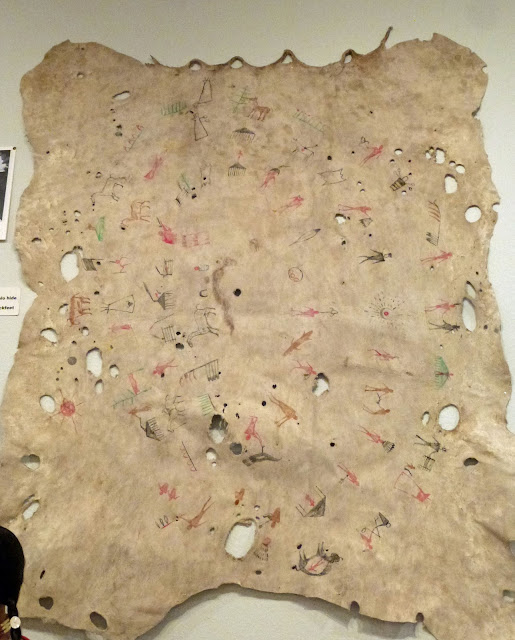 That's it for the museum.  It was worth the admission price.

Kim and I stopped for dinner on the way home. 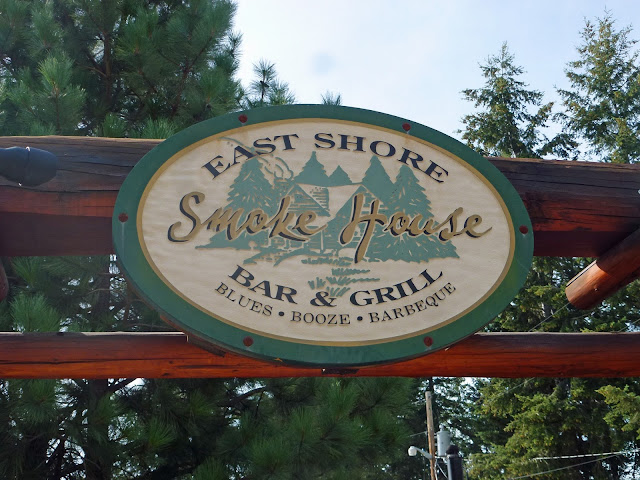 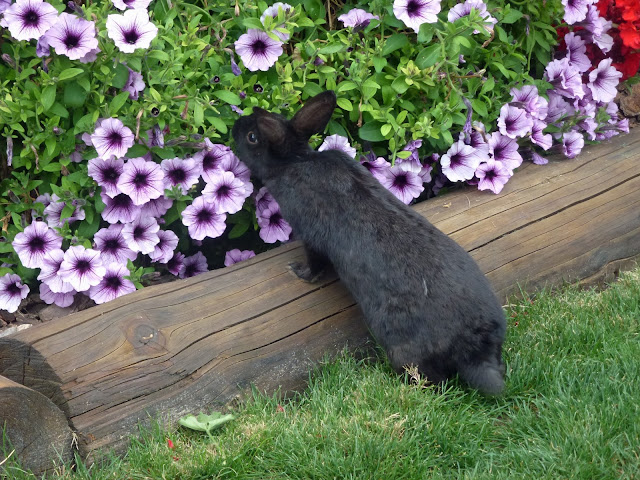 Posted by Victoria Williams at 9:25 AM