Daffodils are so cheery in the spring, aren't they?
I love their bright color, of which we're so winter-starved. 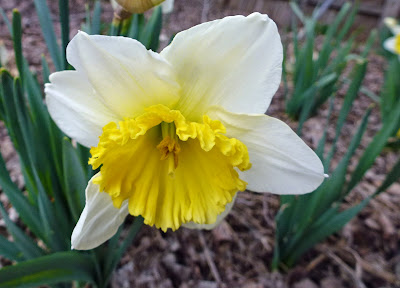 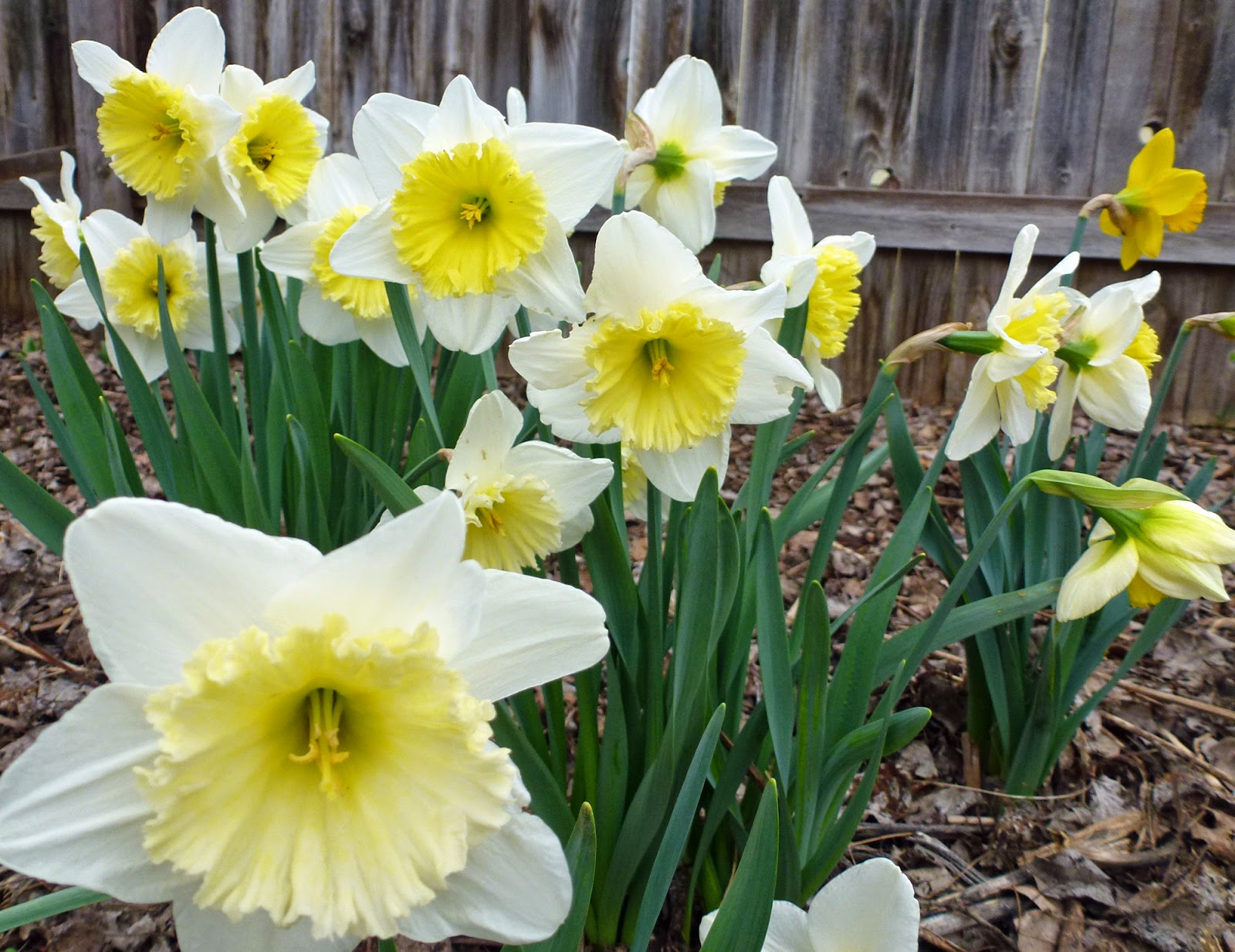 This little ground cover is showing promise, and color, in the back garden.  But you really have to get down to view it. 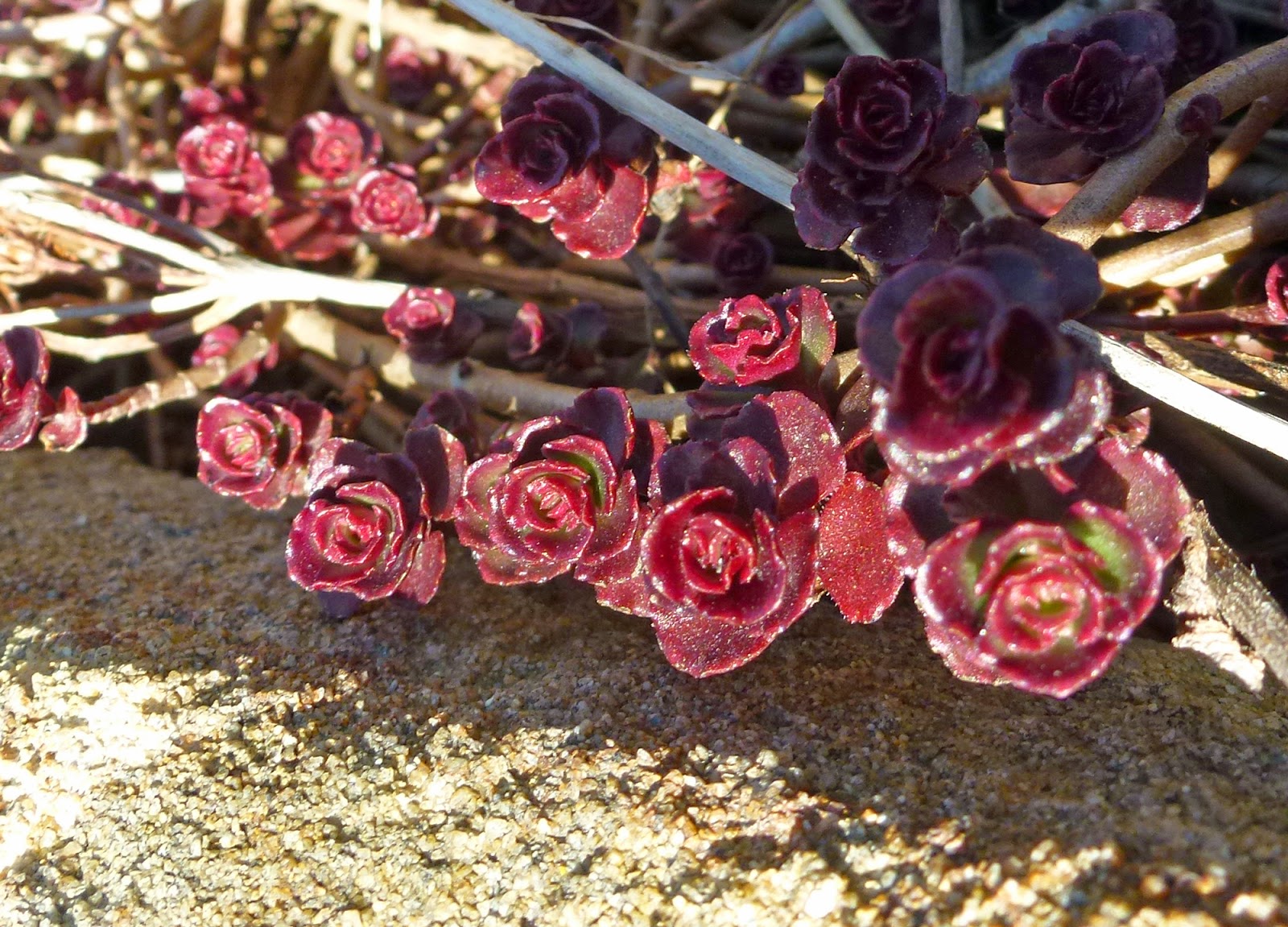 This clump of crocus in the back garden is so pretty. 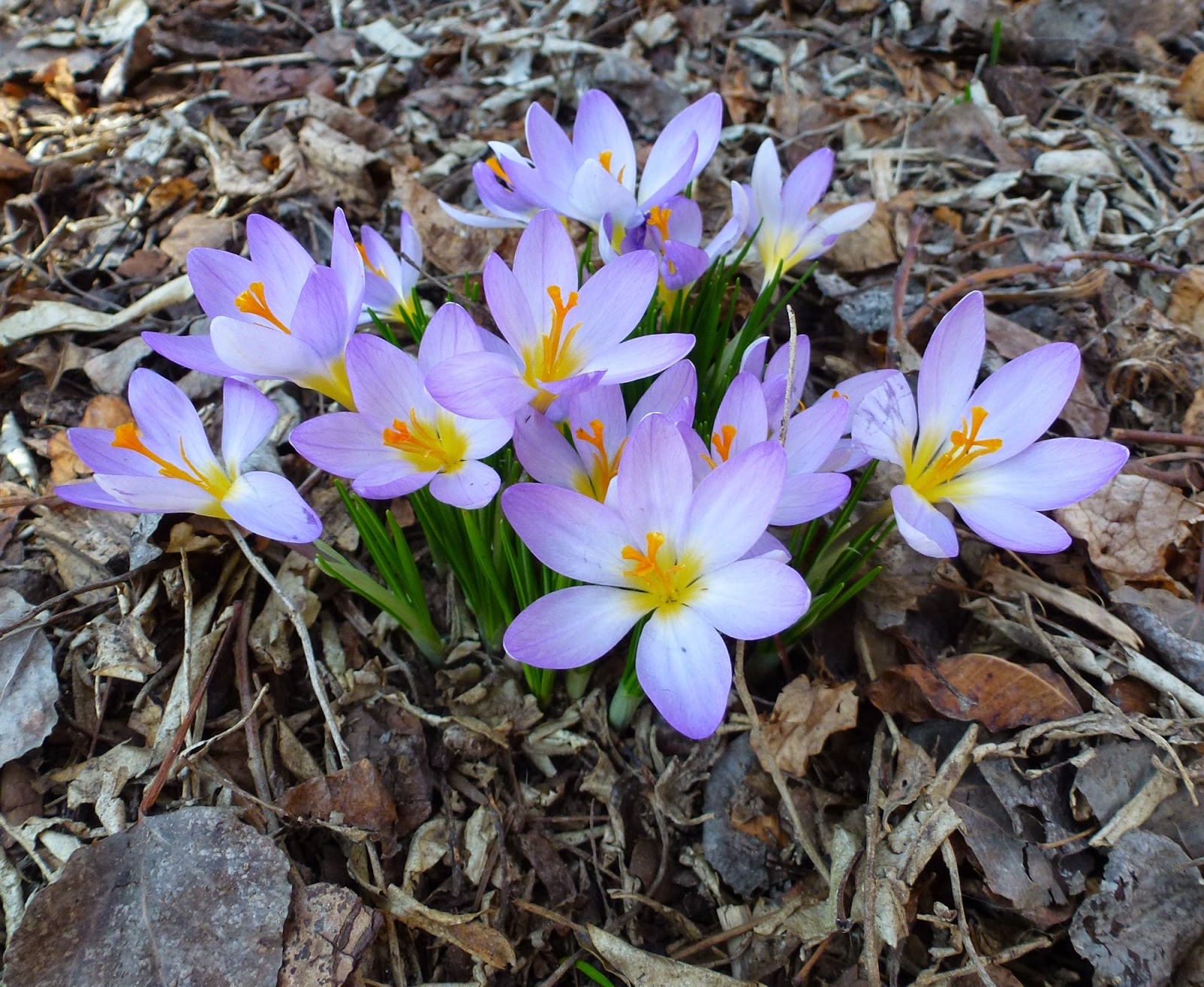 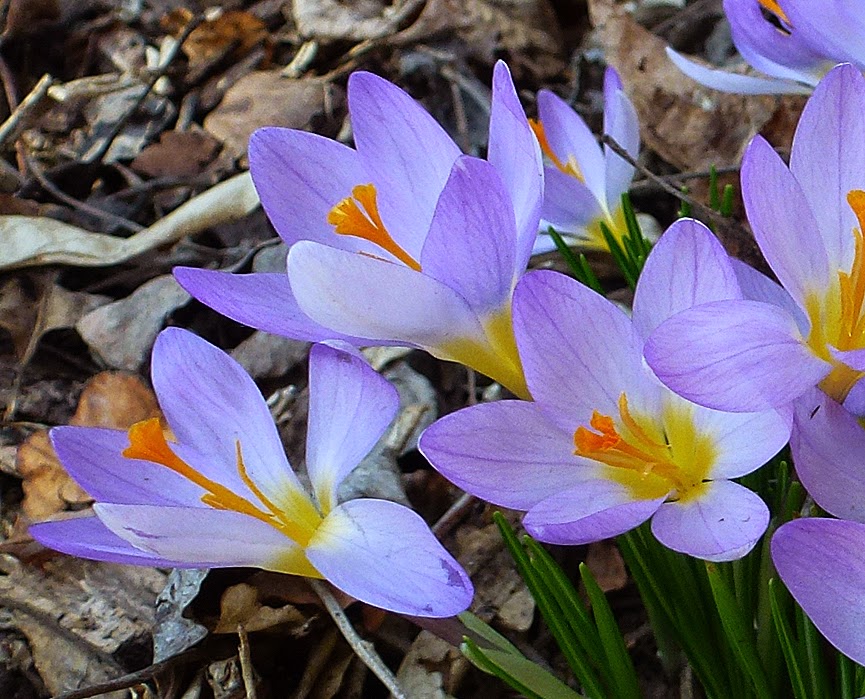 Looks as if we have some double hellebores going.  I have no idea which these might be since they were a gift from a garden blogger friend.
Want to see some gorgeous photos of hellebores? Try Randy and Meg's blog. 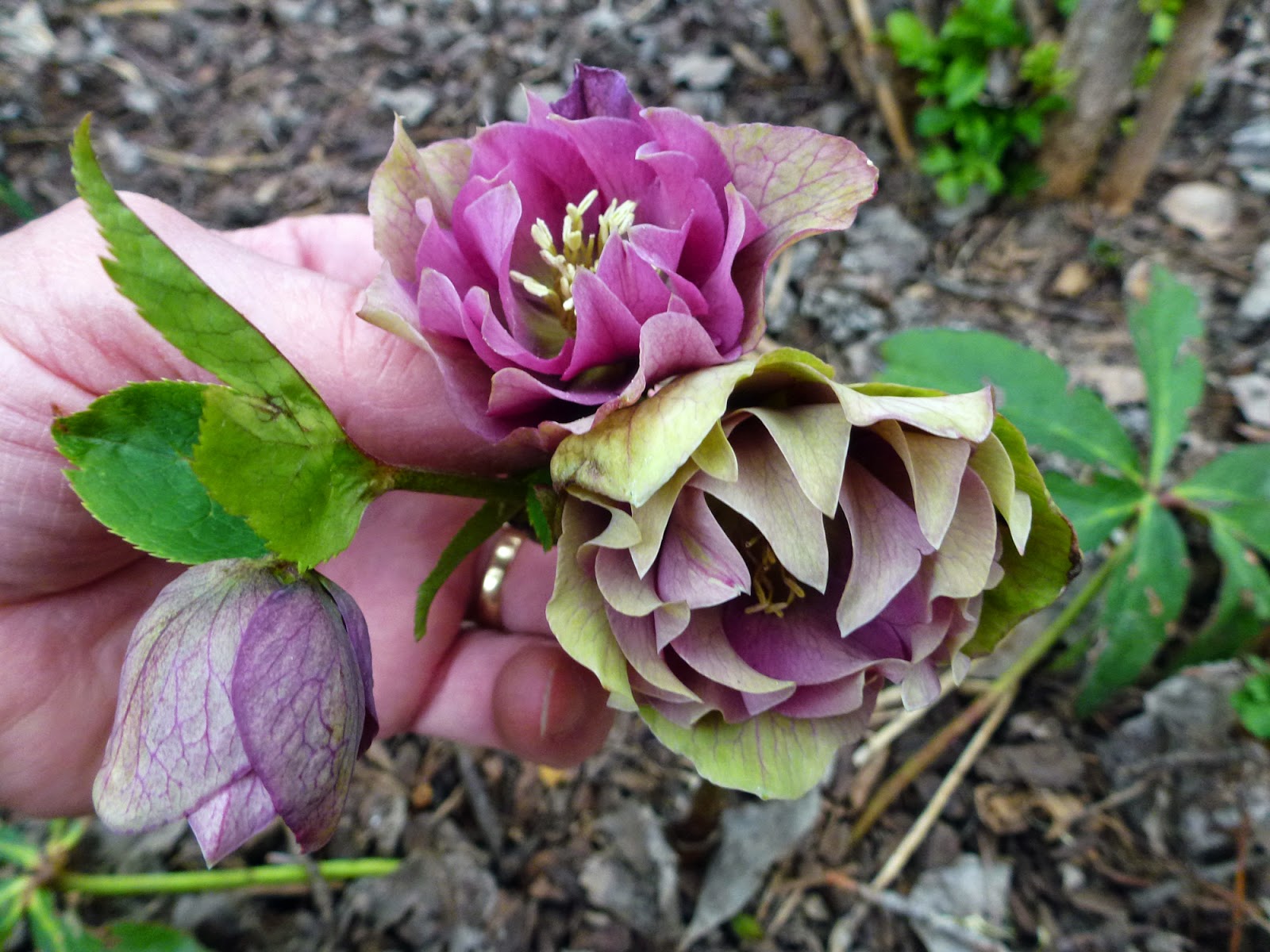 I should have planted more daffodils in the front.  Maybe I'll add more this year. 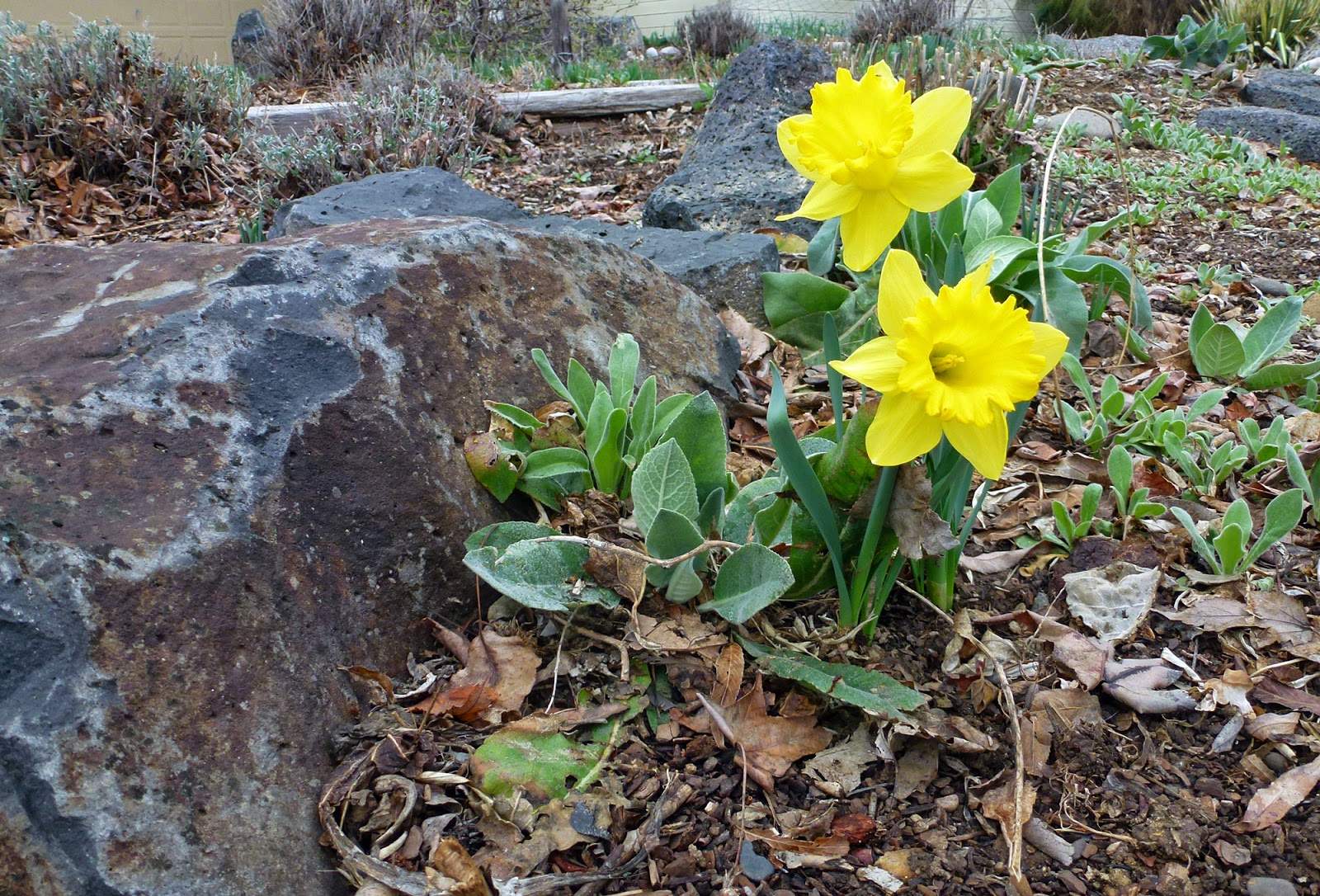 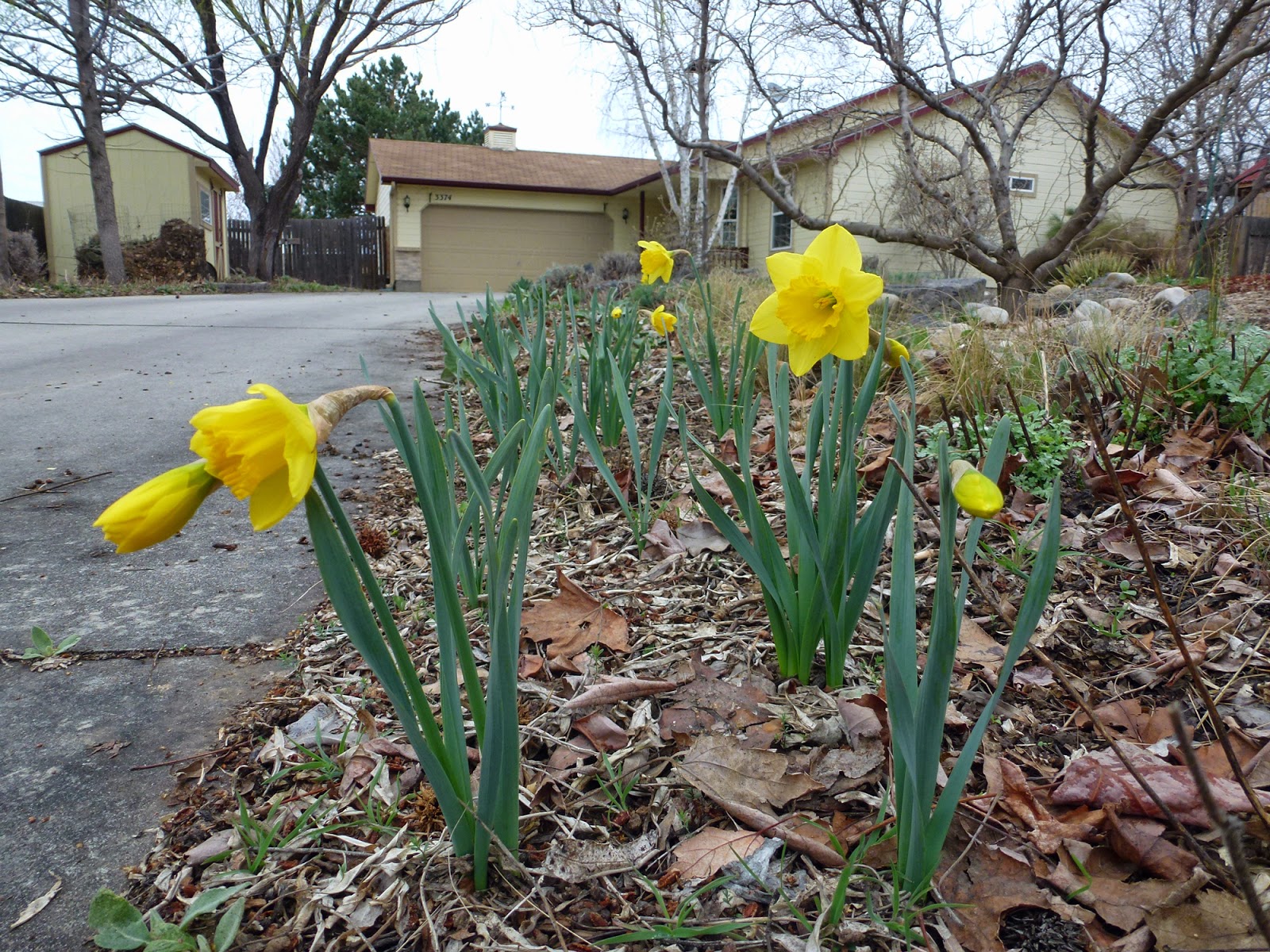 And a Scarface update.  It looks as if he's hurt his left ACL to match the right one.  So he's quite the gimpy boy right now.  It's a struggle getting him outside to do his business.  It involves a beach towel wrapped underneath him to serve as a lift and me enticing him with a spoonful of canned dog food.  So it's a two person job.

We'll keep this up for a while and hope he gets to the point of managing this on his own in a week or so.  Right now he's doing a lot of sleeping which is just what he needs right now. 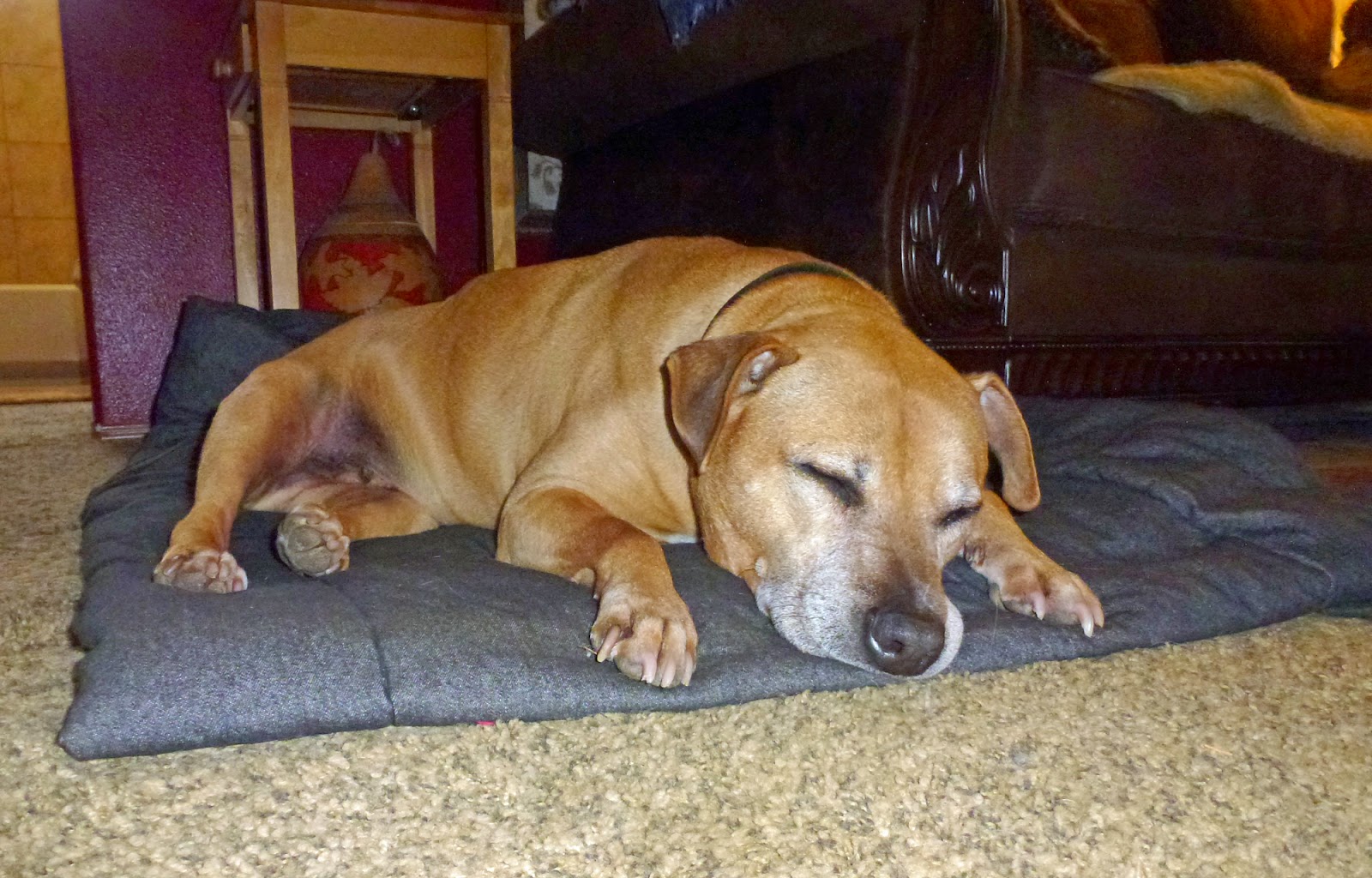 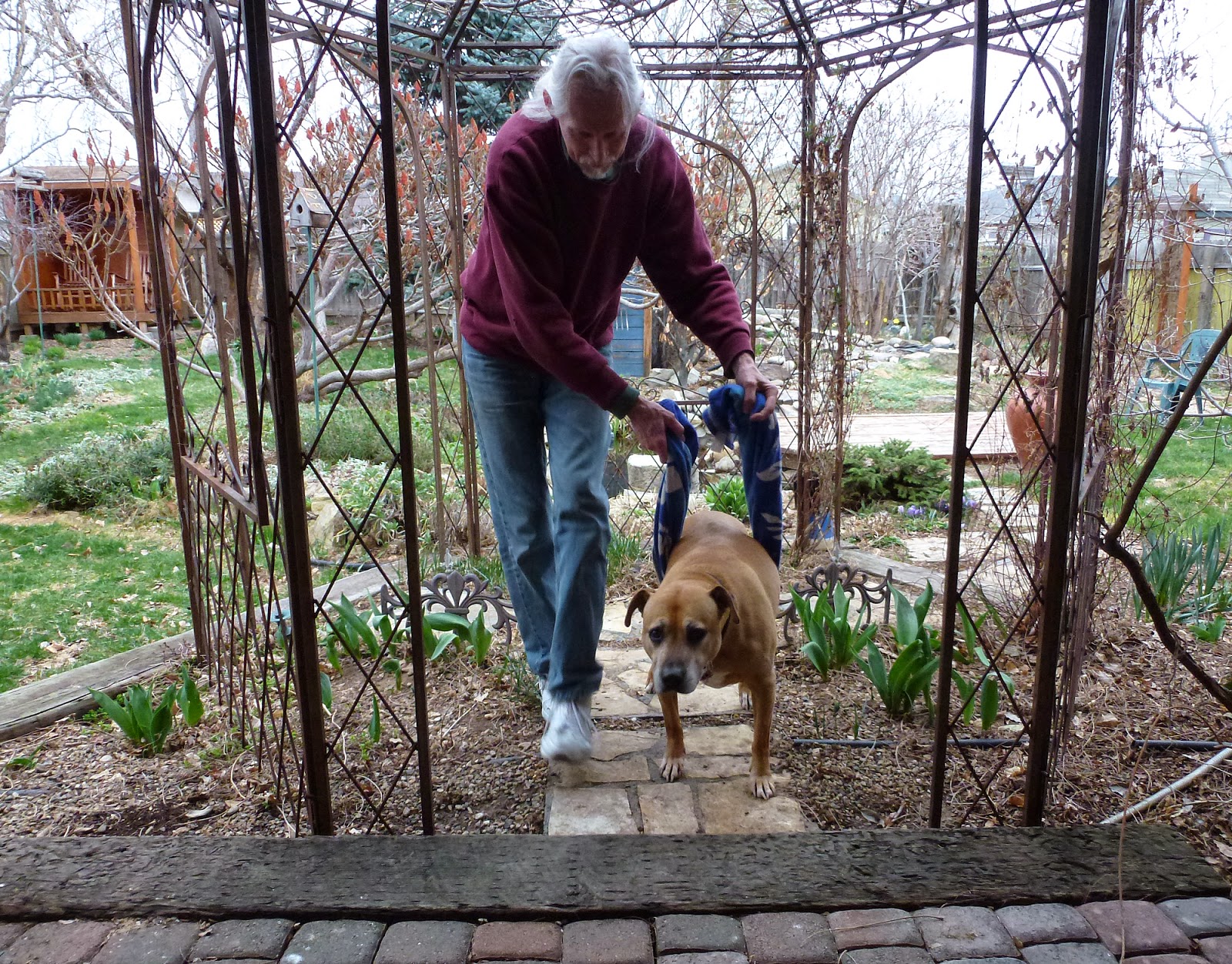 Posted by Victoria Williams at 11:16 AM

Poor Scarface-he's had a bad winter!

Holy smokes! Flowers! So jealous. Definitely more daffs are in order. Fingers crossed that dear old Scarface starts to feel like his old self - remember my old Saints when they were doing poorly - thank goodness there's two of you to help him out.

Wow, you are a couple weeks ahead of us for sure spring-wise. Such lovely flowers. Poor Scarface too.