Well here we are almost to February already and I've done nothing with this blog.

We did celebrate Christmas, really we did. 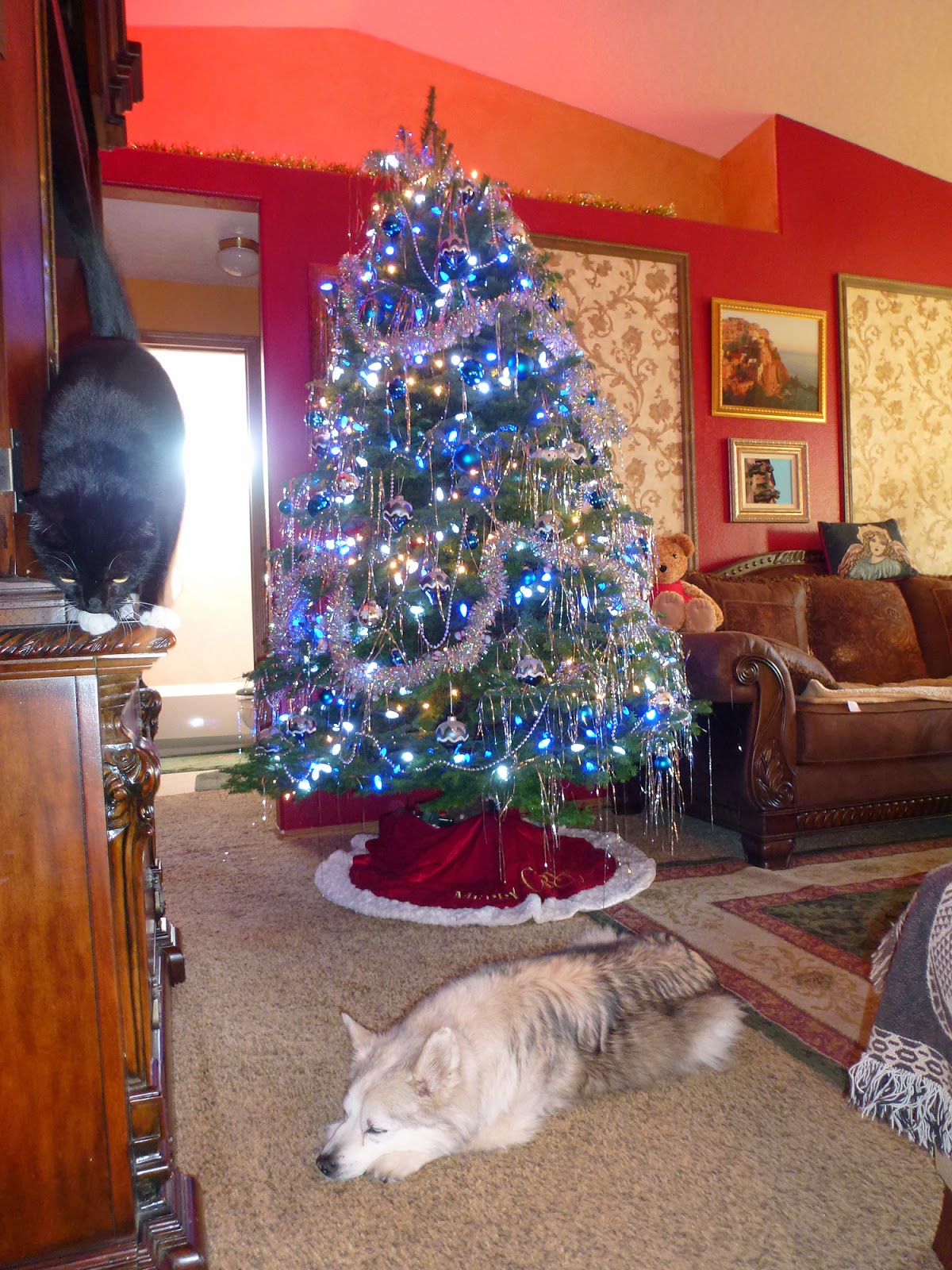 We bought a real tree this year and enjoyed it quite a bit.
As usual the cats loved hanging out beneath it.

Since we adopted Scarface we seem to have tipped the edge of our tolerance for number of pets.
I will say that things have improved since he first arrived.  The cats can maneuver through the house now without too much fuss.  (Scarface sleeps, a lot, so they've learned to check for that.)   One thing we haven't figured out yet is how to have company over.  He's over protective.  Gotta work on that.

Scarface has caused me to do some running again, which is good for both of us.  I make it a goal to get him out on a walk/run at least four days a week.  He really seems to need it, and he loves it.

What he doesn't like is when the smoke detector goes off (note to self, the oven needs cleaning), or when you shuffle cards.  Don't do that.  The first one makes him cringe, the second sends him into a barking frenzy.

Good news;  remember our hen Brazil and her problem with the other girls picking her feathers out?
She used to look like this, only much worse and barer, much barer. 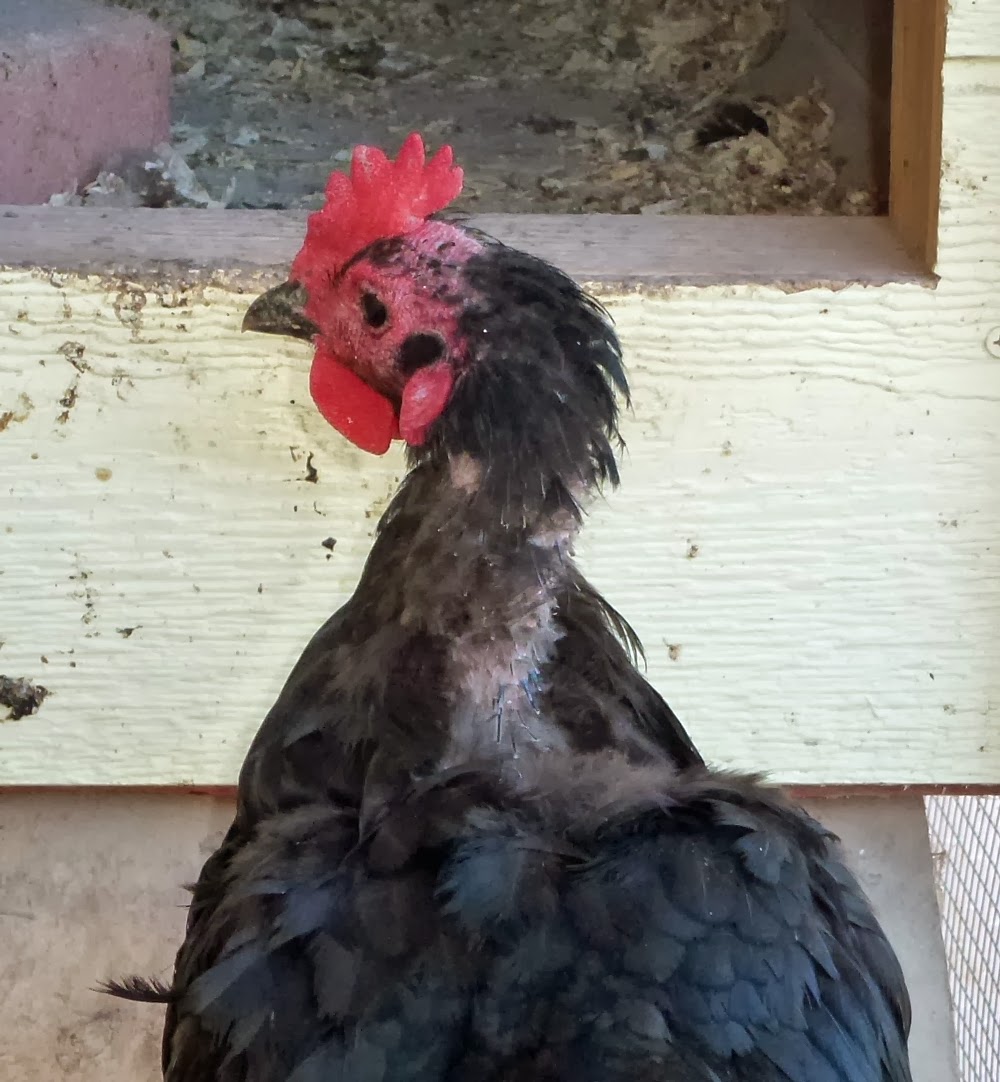 But since she recently came out of molting (yeah, bad time of year for that!), she looks like this. 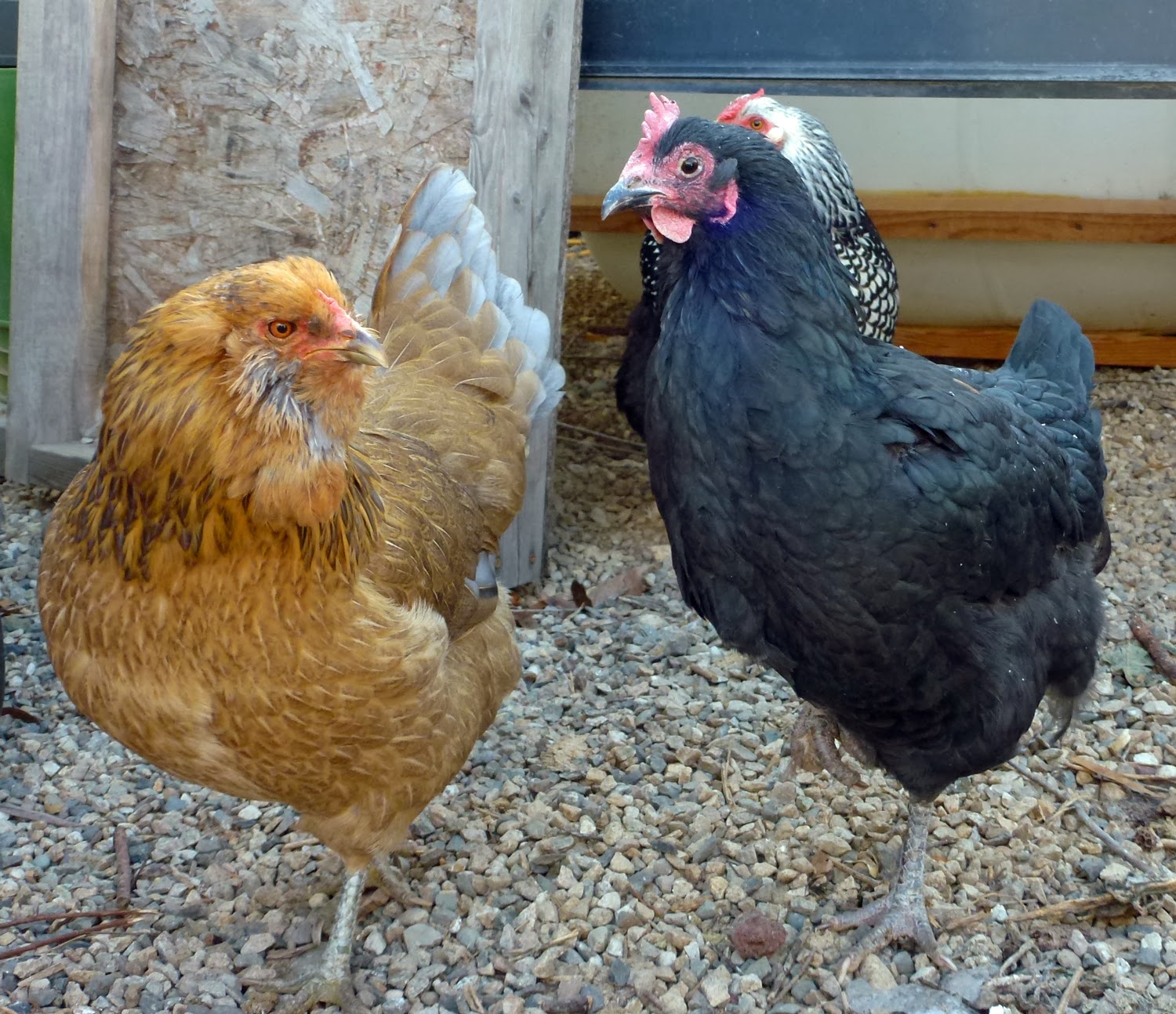 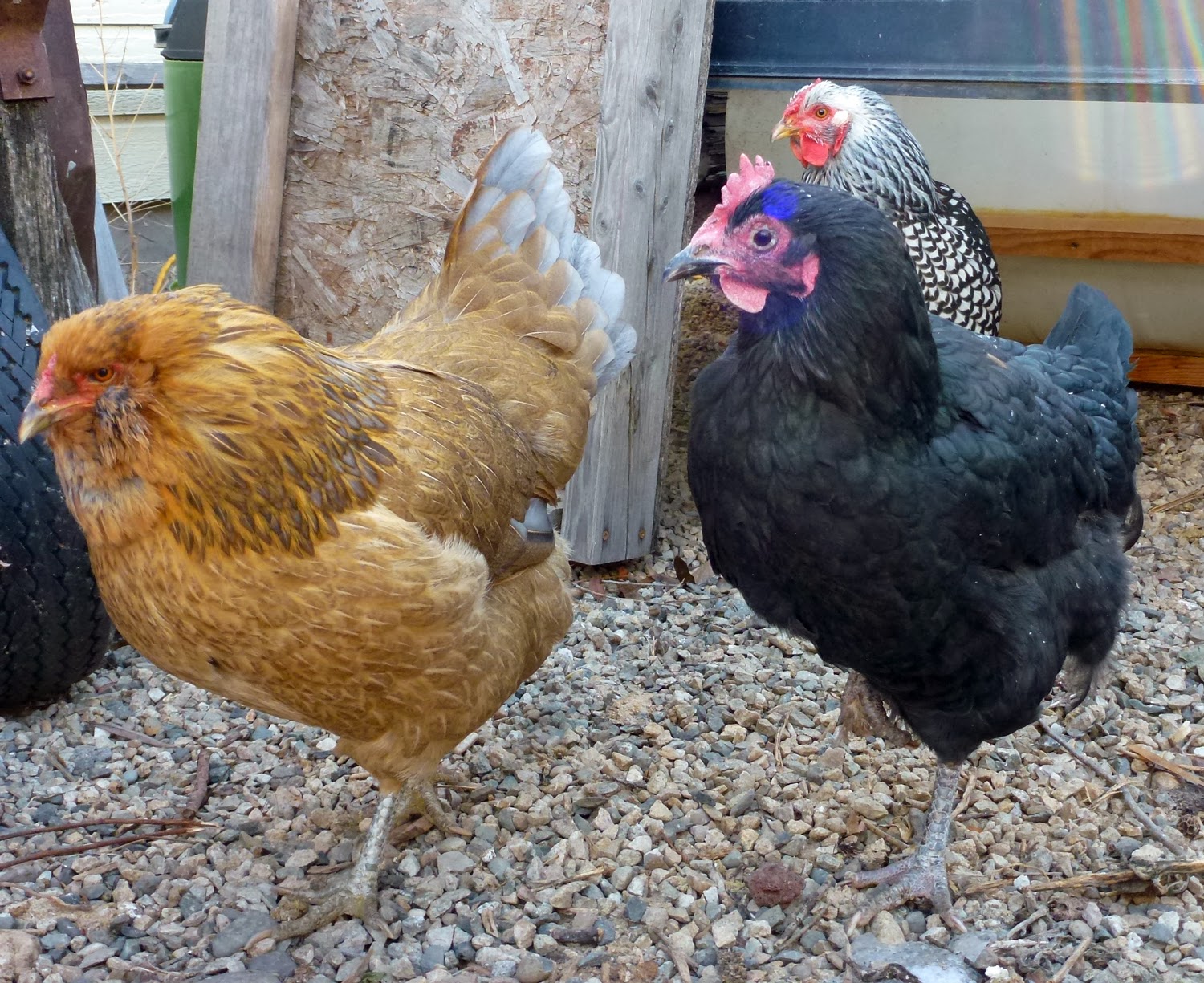 So much prettier!  I hope the other hens leave her alone now.

My nights are spent being woken up around 3AM when our little dog Chelsea decides she needs to go out.  Then Felix will start smacking the window blind when he needs let out.  Chelsea lets you know with sharp yelps that she's ready to come back in.  Felix jumps on the window sill outside and hangs on with his nails until you let him back in.  Then if you're lucky he'll curl up on your neck and calm you back to sleep until the paper is delivered and Scarface lets me know we're being attacked.
Fun times.

Then it's get up, feed Chelsea separately from Scarface to avoid a scuffle, feed/water the two outdoor feral cats (yes, I admit it, they're ours.....damn it), and feed our three indoor/outdoor cats.  And of course everyone has to shuffle indoors and out until they're all settled and happy.  Then maybe I can get a shower and get ready for work.

I'll leave you with some pics of Scarface lounging around.

Frankie sleeps on the back of the couch.  This would never have happened just two months ago. 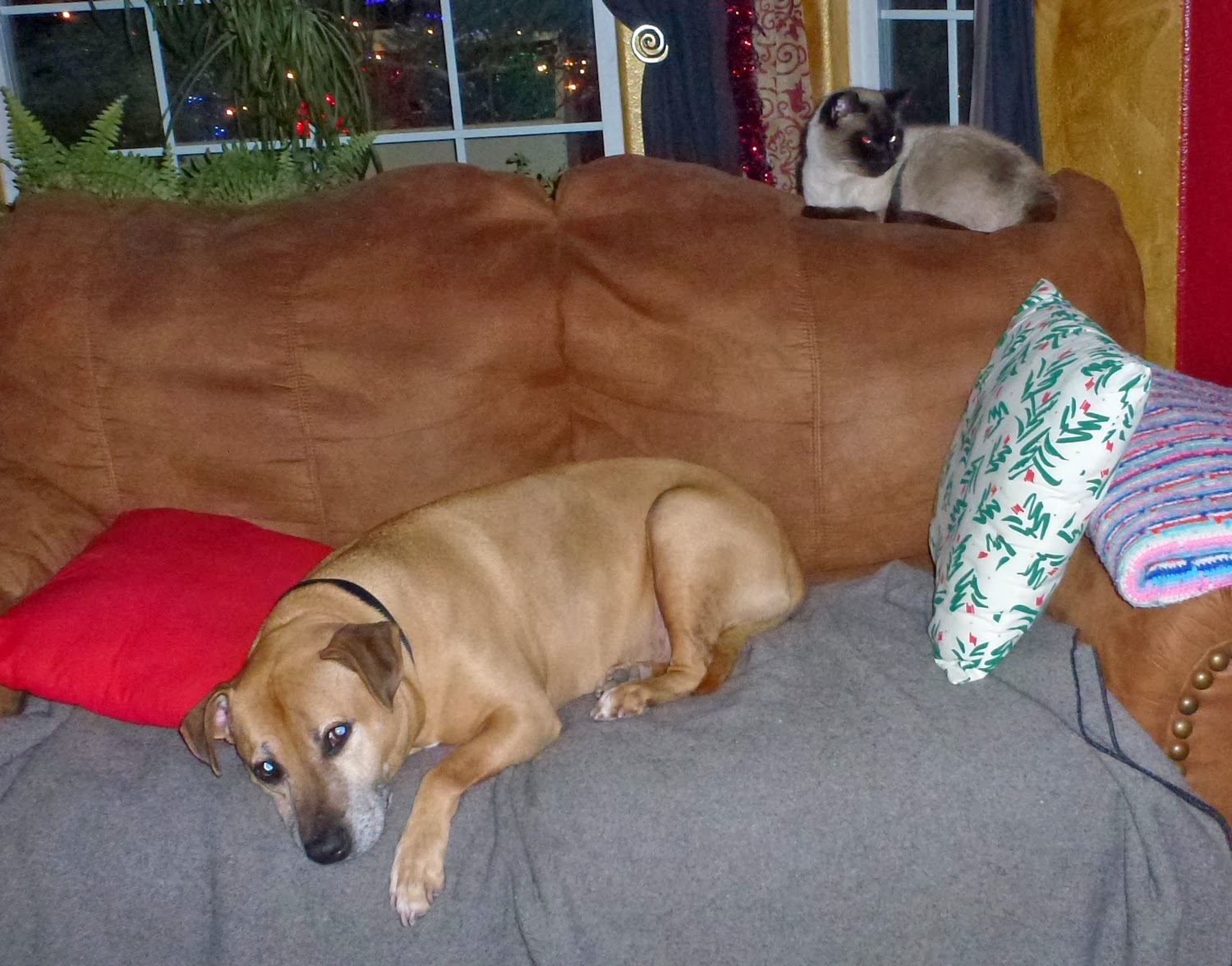 Scarface gives up his bed to Felix. 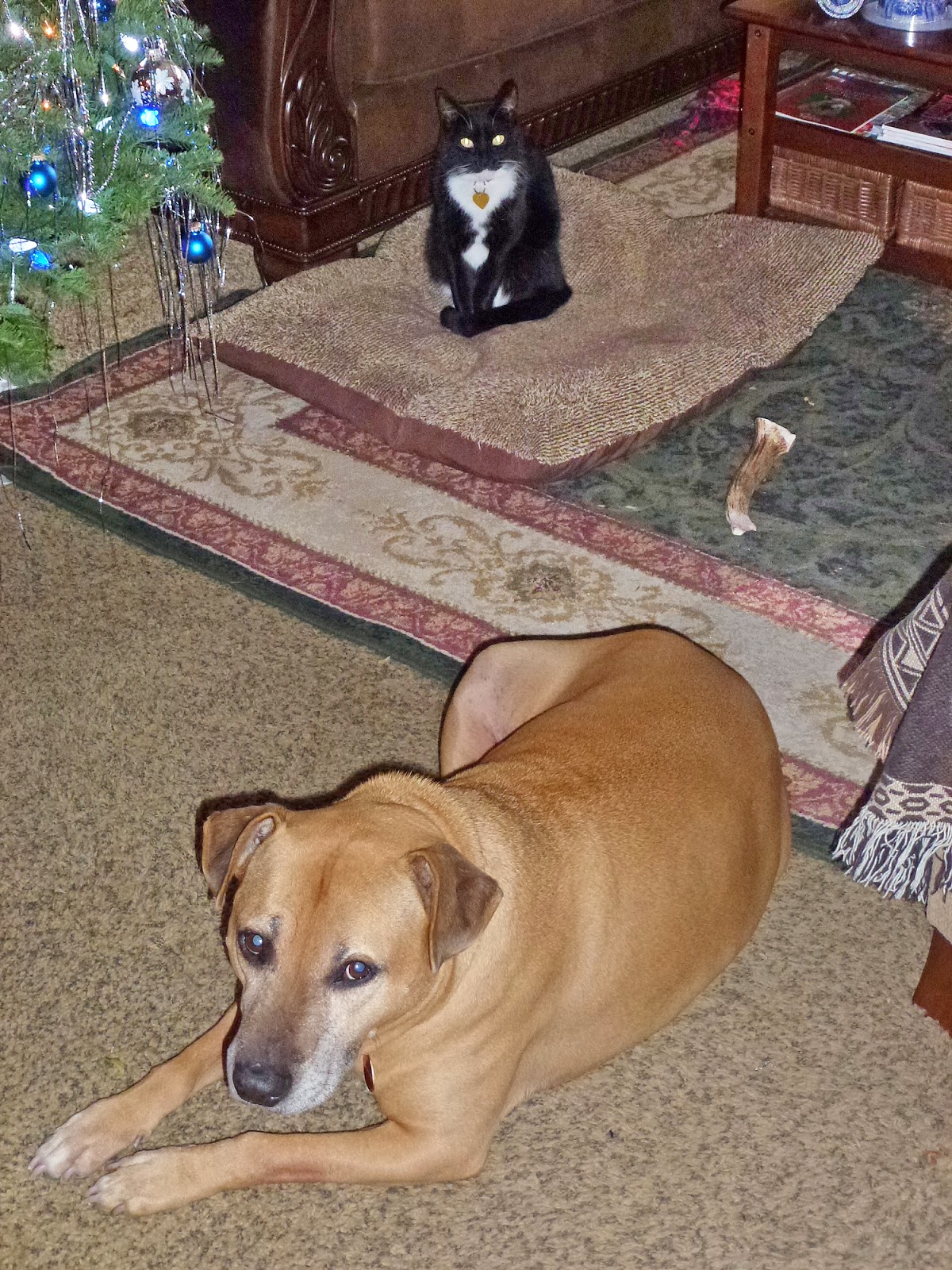 And a common occurrence; 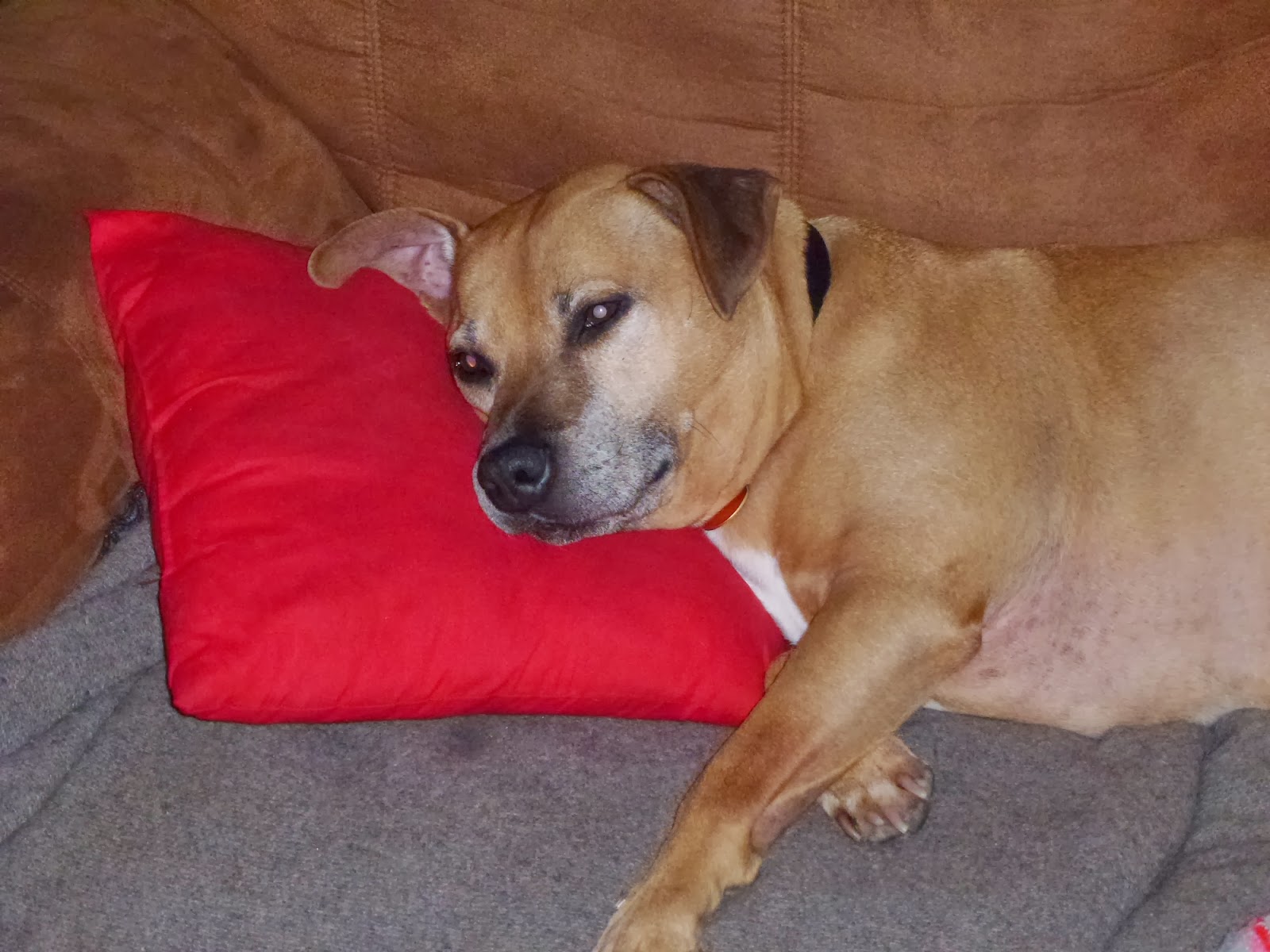 Posted by Victoria Williams at 6:23 PM

Aww, you are so good to your pets. I've recently found out that Otis's freaking out when we open the closet with the leashes in it or when he barks at me for food (big huge woofs) or if he scrambles at the door to get out (he ruined our back screened window, that a squirt from the water bottle really makes him snap out of it.

Thanks Jeanne, we have used that trick and it does work!

Rescue animals are both rewarding and tricky. Over the years we've figured out that Bart had little children (a good thing) and his owner had a pick-up truck (Bart launched himself at a stranger's tailgate to get in) and spent time at a pool hall - his barking and frenzy when we tried to play up at my brother's cottage was quite frightening. Goodness knows what happened to him there. I'm thinking if the cat has the dog on the couch, I'd say you're at least 60% to having everyone get along really well. B.

Hi Victoria, Your Christmas tree is lovely. You are such a good pet owner. Your babies are all so sweet and look so loved and contented. And Brazil is looking mighty fine with her new feathers, bless her heart.

Thank you for visiting my blog. I hope you enjoy your travels to the yurt. Please take photos. They're so pretty. We had the inversion here for about two weeks and it was awful. I don't mind a little fog but when it goes on for days and days, it wears on my last nerve. My sister in Baker City is getting freezing rain. I hope it skips past you. Take care my friend.

Hi Victoria. Glad I'm not alone in neglecting my blog. Life can get in the way of favorite pastimes, can't it? I think your tree is beautiful. One day I'm going to try a real tree again (after a lot of years of fake ones!)
It does sound like you have your hands full with your animal family! That's a LOT of care-giving to do. Funny how we do it tho, isn't it? I'm glad everyone is getting along better now. That makes life easier. I have a Lhasa Apso who is over protective. I work on it all the time but should have done more training when he was a puppy!
Thank you for your comment on my blog too. I'm sure you understand all too well what has been happening around here... :(