Got a bunch of these?
Green tomatoes, that is. 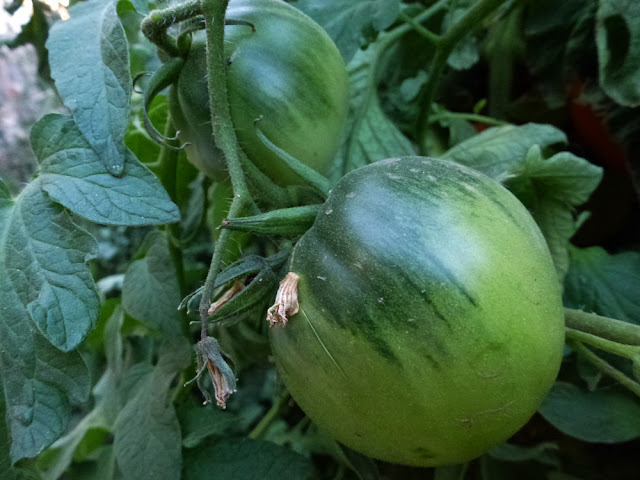 Rosemary posted this recipe on her blog and I had to give it a try.

Here is the filling cooking on the stove. Looks good doesn't it? 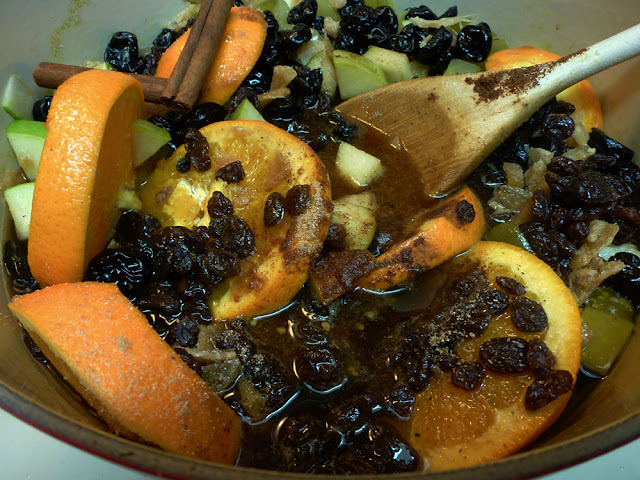 And it tasted just as good. Nice and "spicy" as a mincemeat pie should. 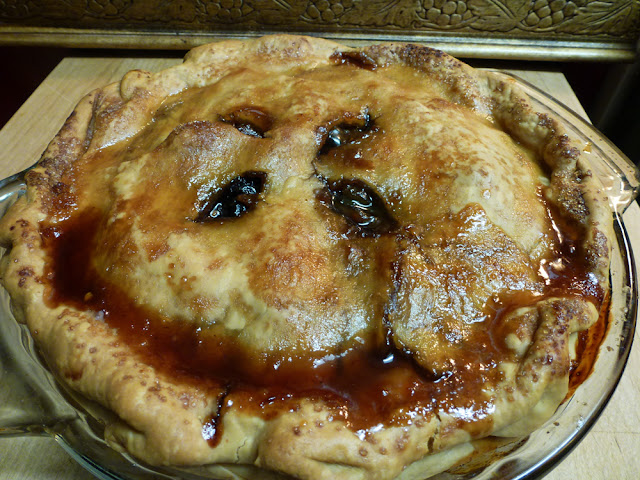 Her version of the recipe: 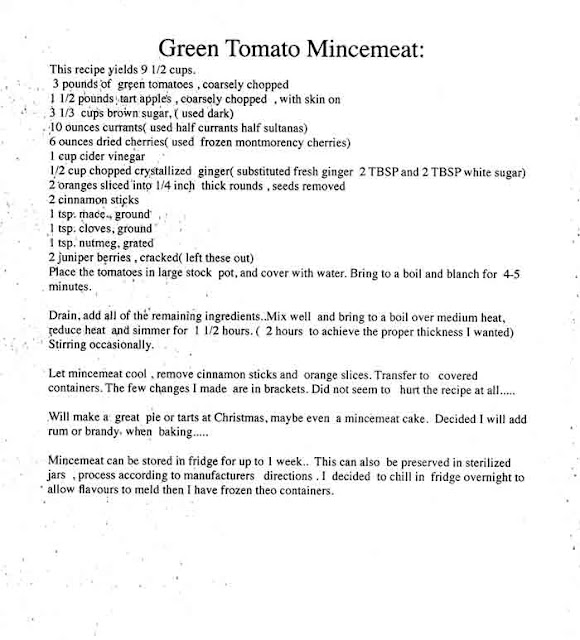 The recipe made enough filling for two pies. I froze the second filling. The one thing I would change is to add some cornstarch or flour before baking. My pie took a long time to reach the point of being finished. (I also added some bourbon to my filling as Rosemary suggested; good stuff!)

Any other ideas for using up green tomatoes?


Posted by Victoria Williams at 12:25 PM

Very cool, your pie looks awesome. I just tried fried green tomatoes for the first time this week and was not thrilled. A couple years ago i made green tomato salsa that was pretty tasty. I have a cookbook called "the green tomato cookbook" with dozens of interesting recipes for breads, wine, desserts, casseroles, side dishes, pickles and relishes... I wonder what green tomato wine tastes like.

Your mincemeat looks great!I am so happy you tried the recipe and liked it. That pie looks yummy.I will remember to use some cornstarch.....

I have not made mincemeat, let alone green tomato mincemeat. Looks good!! Great use of green maters!

Looks delicious! I made a sweet mock-apple pie a couple of years ago using green tomatoes. It was very good, and this sounds even better with all those flavorful ingredients.

I made fried green tomatoes - recipe is on my blog. I saw a recipe for green tomato bread, like banana bread but made with tomatoes. I have a few green tomatoes left, I need to find that recipe.