Last night my family and I were lucky enough to have Kamal, my French teacher and friend, cook us a traditional Moroccan meal. Why is Kamal capable of cooking Moroccan food you ask? Because he is Moroccan.

The country of Morocco is located in Northern Africa and is about the size of California. (I'm sure you've heard of the city of Casablanca because of the movie of the same name, but that movie was filmed in Hollywood, not Morocco.) The capital of Morocco is Rabat and with over 2 million people, it is Morocco's second largest city. A lovely photo of Rabat from About.com. 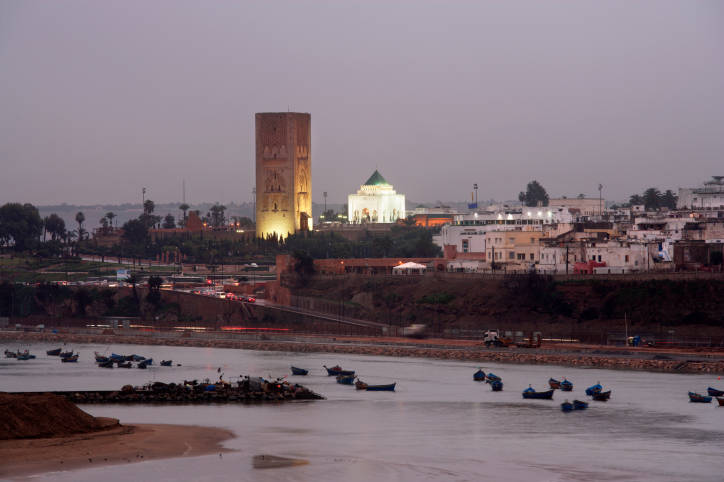 Kamal and I shopped for our dinner the night before since he was to prepare it at his apartment. We bought a chicken, tomatoes, eggplant, cucumbers, cilantro, parsley, carrots, onions, butter and vermicelli. Kamal said he already had the spices he needed. I knew we were to have chicken and salad of some sort. At one point I asked him if the carrots would be cooked with the chicken or in a salad. But Kamal enjoys surprises and said I would have to wait and see.

Morocco's resources led to a struggle to control the country by European nations since the 15th century. France and Spain shared control for a while. Finally in 1956 Morocco gained its independence. According to this Department of State web site, Arabic is the official language in Morocco but French is used for business, government and diplomacy.

I picked up Kamal along with all the food he had prepared and we brought everything to our house where Kim, Vanessa and Chris were already anticipating the meal.

It was delicious.  Kamal made his version of Seffa Medfouna, which is chicken with vermicelli noodles, along with carrot salad, cucumber salad and Zaalouk which is a cooked eggplant and tomato spread for bread.

Here is Kamal dishing up the Seffa Medfouna for Chris; 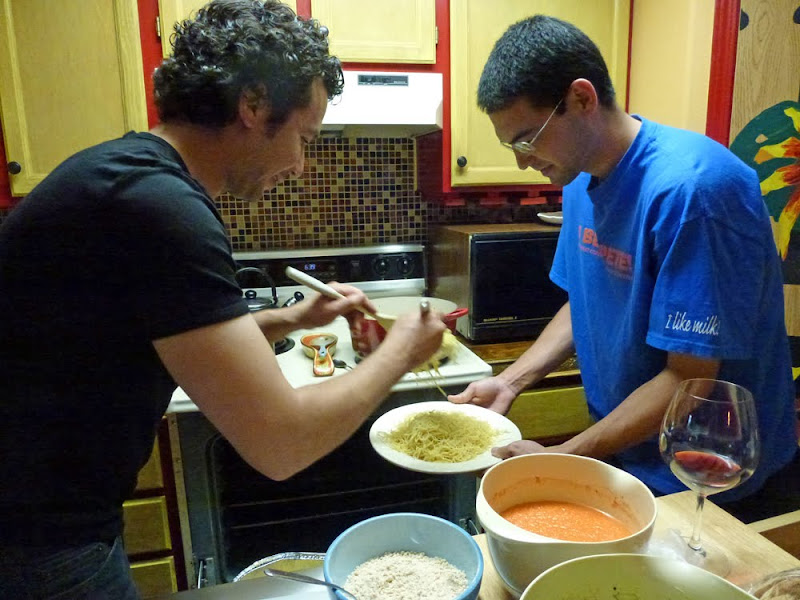 Here is a recipe for this dish. 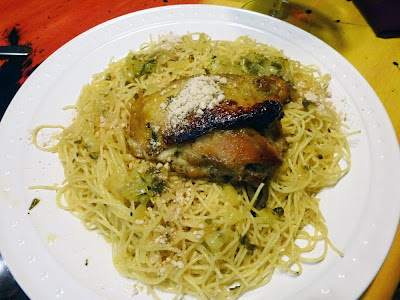 I could have eaten just the noodles, they were that delicious. The Zaalouk was equally as good. And the salads were wonderfully fresh. A recipe for Zaalouk here.


Morocco has a King, but because of the Arab Spring uprisings last year Morocco now has a new constitution that strengthens the role of the parliament and calls for an independent judiciary. So the parliament has the ability to pass laws on a wider range of issues. 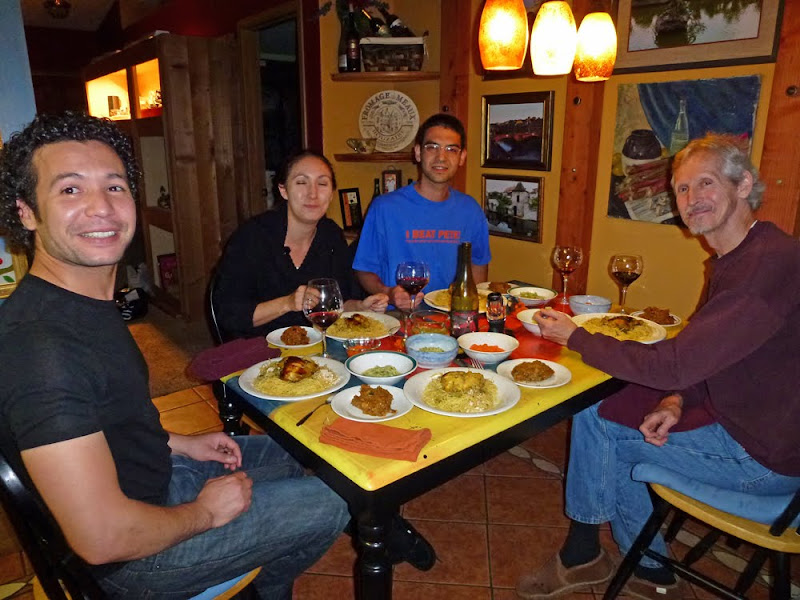 From the department of state web site: "Morocco was among the first Arab and Islamic states to denounce the September 11, 2001 terrorist attacks in the United States and declare solidarity with the American people in fighting terrorism. The country has experienced terrorism at home as well. On May 16, 2003, Moroccan suicide bombers simultaneously attacked five sites in Casablanca, killing more than 40 people and wounding over 100. More than a million people subsequently demonstrated to condemn the attacks."


Kim and I visited Morocco six years ago. Here we are in Marrakech eating at the Jemaa el-Fnaa square which according to Wikipedia, is one of the busiest squares in Africa and the world; 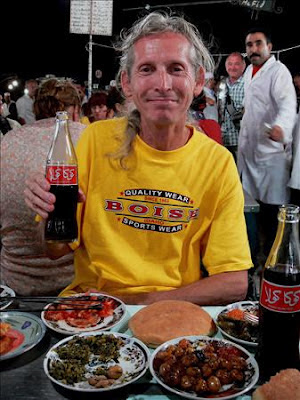 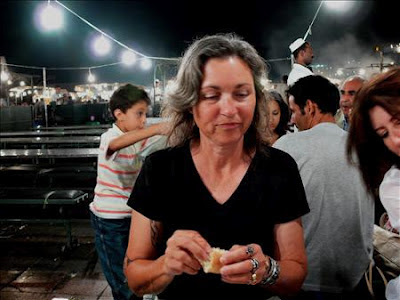 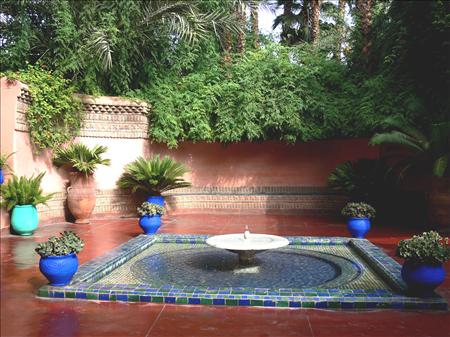 We visited the beautiful Majorelle Gardens; 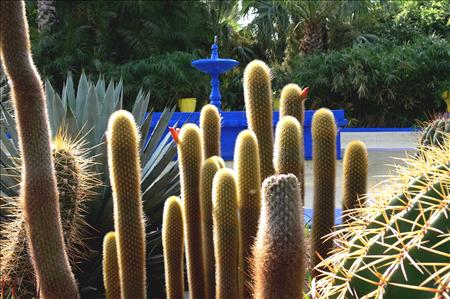 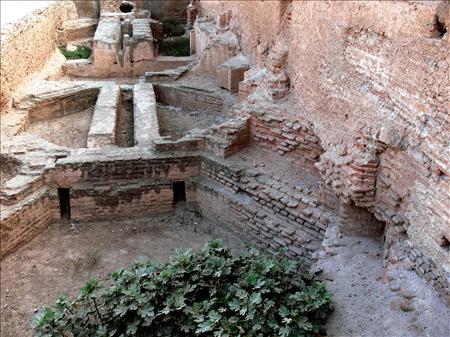 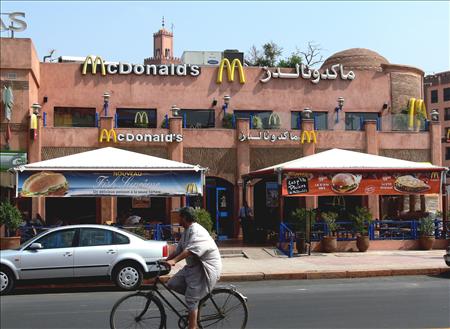 Drank soda and ate pizza outside our hotel; 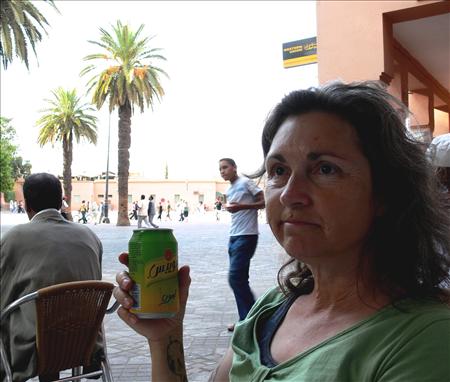 and participated with the locals; 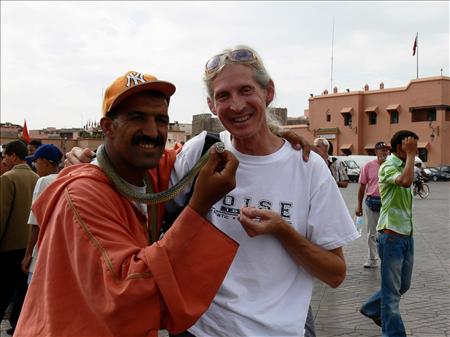 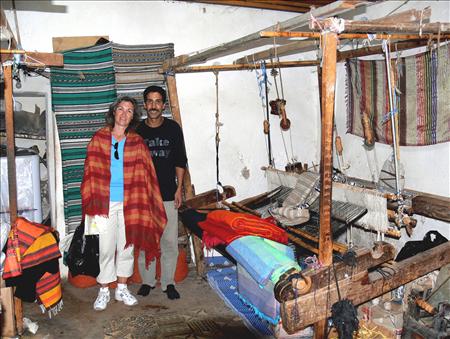 View from our hotel room (the front of the hotel faced Jemaa el-Fnaa square); 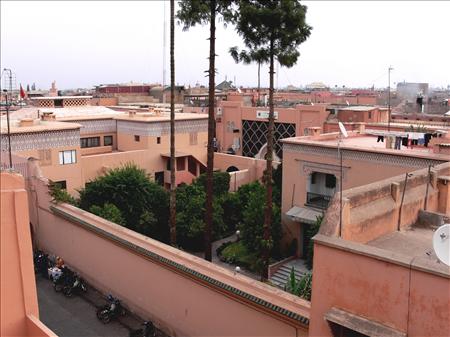 Posted by Victoria Williams at 12:15 PM

I've also been to Marocco, many years ago, i was in Agadir, wonderful city.

Looks so yummy. The man can cook a good looking meal. Looks like ya'll had a good time.

What a wonderful trip. Sort of reminded me of when we went to Egypt 5 years ago. Getting to experience another culture is such an amazing blessing!

Looks like such an enjoyable evening. Thanks for sharing some sites and info on Morocco too.

It doesn't get much better than that: teach you French and cook for you too. :) That just made me very hungry.

Hope you guys are having some beautiful weather today; we are sunny, cool breeze and 68 here in the valley... my kind of weather.

PS: wish Tiggy (our feral) would take a lesson or two from Felix.

What a nice trip. Exposure to other cultures is great. I love how open you are to new experiences/food, etc.

I love that photo of everyone (except the camera person--you) around the table. The food looks really yummy! That Moroccan fountain looks so inviting. What a fun trip it must have been.

By the way -just had to thank you again for the lovely day in your gardens! (I've been out of town without internet whch is why I've not said anything before.) When I get home this weekend I'll post about it. It was a wonderful afternoon.

This brings back fond memories. My first French teacher in high school, Monsieur Bensemana was from Morocco. The meal looks wonderful, question for you: does the sugar you put on the noodles taste weird? or would the dish taste wrong without it? would honey work? I was just given Spanish saffron and am looking for new dishes to try it - this looks wonderful. As does your meal and trip to Morocco.
B.

Your post title would be perfect for a novel or a travel memoir. I have never eaten Moroccan food. It looks delicious! It also looks like a beautiful place to visit.