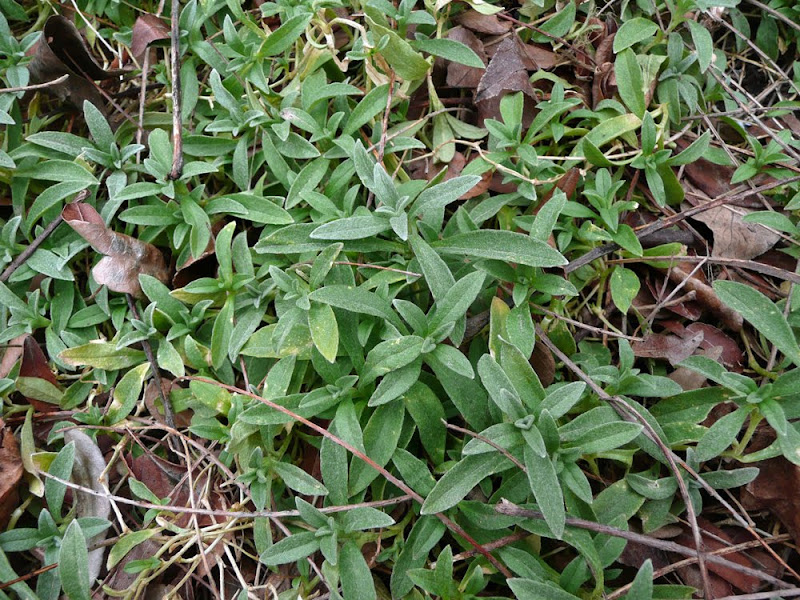 The same plant when it's the only green thing the chickens have to choose from; 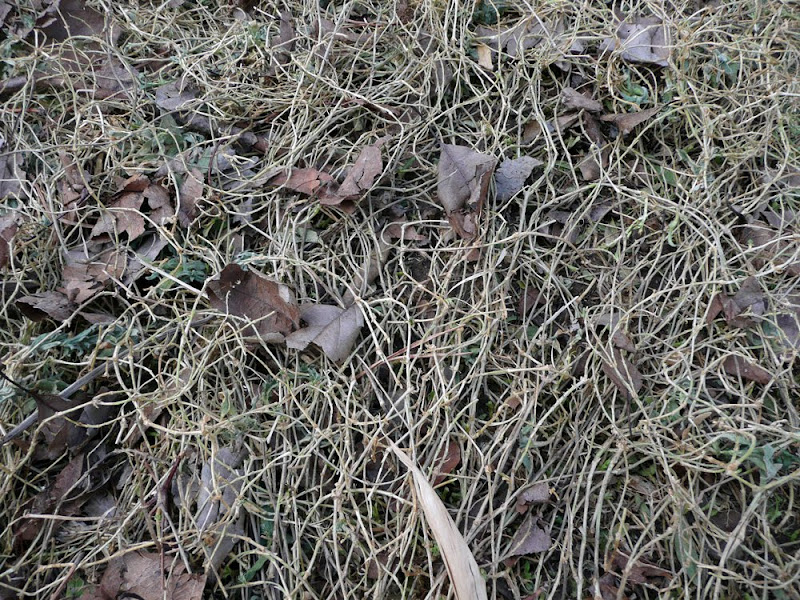 Yeah, the chickens really like their greens. As in green plants. There are certain plants they don't decimate. Poppies escape their attention. As do mums. So far that's about all they won't eat.


I'm not trying to talk anyone out of raising chickens for eggs. Just trying to be honest about what to expect.

We're now receiving on average two eggs per day. All three of them are laying, although we're not getting the pretty blue eggs we were expecting from Ginger. Maybe that will happen eventually.

I have been bringing home free greens culls from work. The "girls" love those treats and really dig into them. That's really been helping to keep them happy.
(Peggy, when yours are old enough, I'll bring home extras if you'd like.)

Jelly Bean and Ginger flew over the new fencing, once. Kim went out and lifted them both back. Since that time we've had a few more break outs.

Here they are, all lined up, ready to dig into their treats; 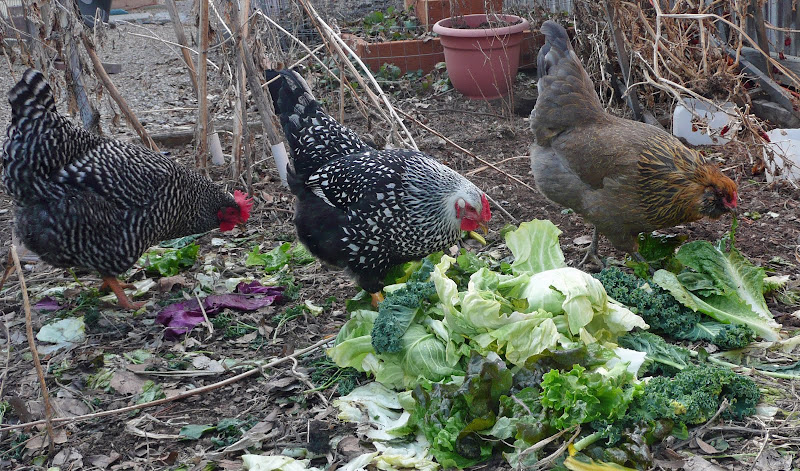 As you know if you've been keeping up with our chickens, we love our "girls" and wouldn't give them up for anything. But, gotta balance the garden survival with chicken destruction, that's for sure.
Posted by Victoria Williams at 4:42 PM

Hi! We are so anxious to get our coop up this year. You have them free-roaming all the time? Thanks for sharing! I'm heading over to your other chicken posts now ;)

They ARE gorgeous girls Victoria. I really mean that.
I totally understand now why you are having to coop them up. Great visual! Hopefully your garden will recover and the greens you're bringing them will keep them happy until (hopefully) they can roam around again. Wonderful you are getting so many eggs. I bet they are delicious.

those beautiful chickens look so happy eating their lettuce! the bolognese makes about 8 quarts of sauce. i doubled that pasta recipe and it made enough for about 16 servings. i am not too good at figuring this all out but i know i gave my kids both containers which held enough for 3-4 meals. i also had about 1 1/2 quarts of sauce left. hope this helps. you could never get the flavor of bolognese without meat. but you could make a good marinara! joyce

To a point, they are fairly vegetarian... but their nature will entice them to scratch the soil and pick the worms. ~bangchik

They are beautiful girls!

My garden is the reason I haven't gone back to having chickens. I don't want penned up chickens, and want my garden to stay intact...a dilemna.

You have the most beautiful chickens! Some of the prettiest I've seen.

That's too bad about your Snow In Summer, I love mine. I never knew chickens liked greens. They are pretty girls.