Vanessa and Chris came over for dinner this week. I love having an excuse to cook and someone on which to try out new recipes, especially when I have the luxury of spending all day on the meal. (And yes, I could just cook for Kim and I, and I do, but it's more fun with company.)

This time I wanted to make the Coq au Riesling my friend Lucy had told me about. You can find the recipe here. It's a Nigella Lawson recipe.

It's a very simple recipe but neither Vanessa nor Chris like mushrooms and I won't eat bacon. The recipe calls for cooking the chicken on the stove top but I needed that surface for other things so I put the chicken in three different baking pans (with mushrooms no bacon, with mushrooms and bacon, and bacon/ no mushrooms.) It wasn't as bad as it sounds. I also use the Rosie Free Range chicken. Since we have our own chickens now that's the only kind I can tolerate. They're expensive but worth the price in my opinion. 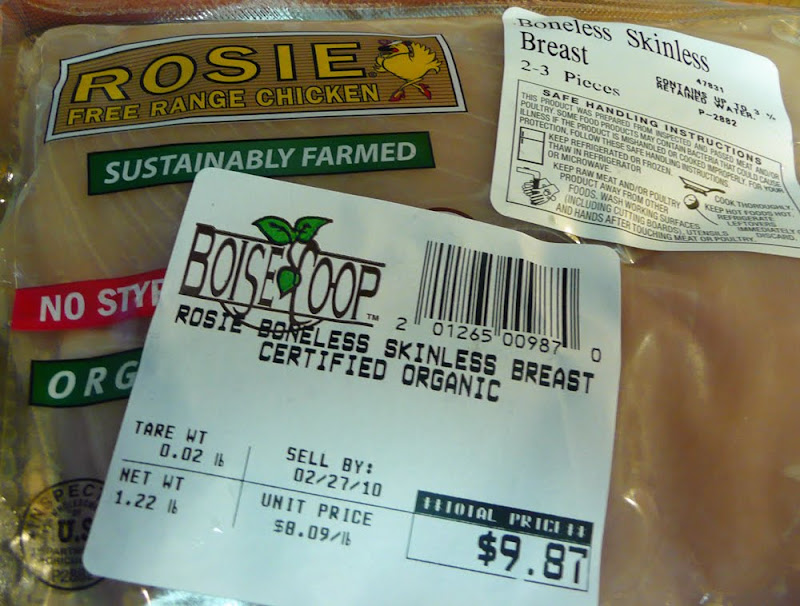 I liked the Coq au Riesling well enough but everyone else liked it more. Perhaps the bacon added a needed flavoring; I'll admit it's possible. I served it over egg noodles, the recipe suggests "buttered noodles." It certainly was simple to prepare. 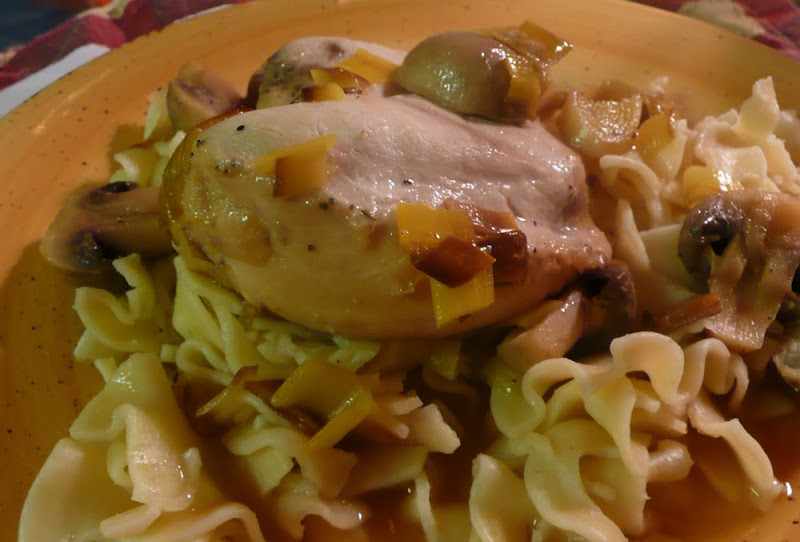 I also decided to make use of a recipe book I've had for some years now. I'm not sure why it has sat on my shelf for so long unopened. I love the bright color photos that accompany each recipe. And the step by step instructions are greatly appreciated. 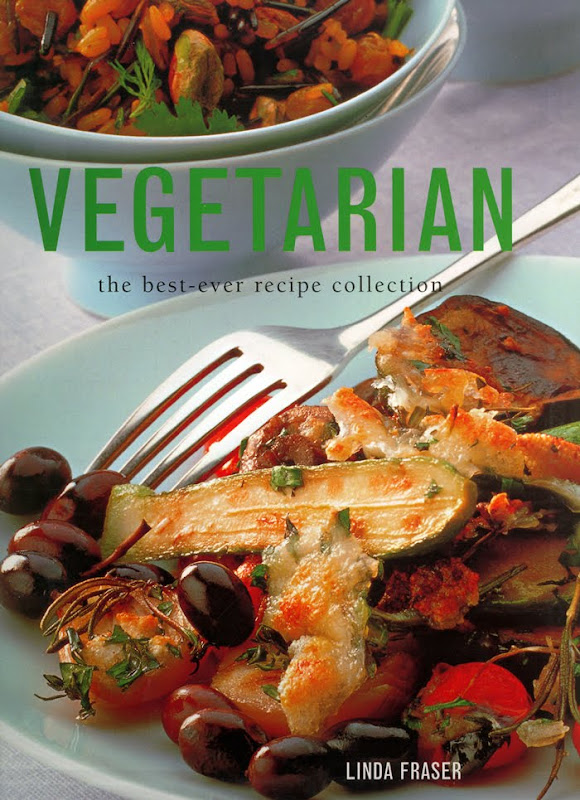 The recipe that caught my eye was for Spring Vegetable Boxes with Pernod Sauce. 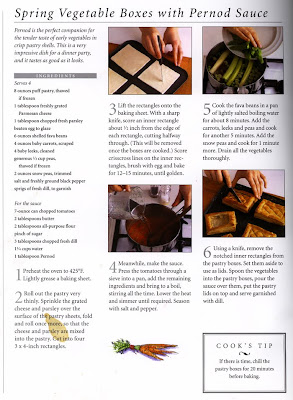 Again some adjustments were necessary. For instance, what the heck are fava beans?
Well, a tiny bit of searching found this at the NPR site:

These ancient beans are one of the oldest cultivated plants and among the easiest to grow. They were the only beans Europeans ate before they discovered America and all its legumes. They took our beans home and left us the fava, which never really caught on."

Very interesting, and probably a bean/veggie that Kim and I would appreciate but I was thinking not so much for Vanessa and Chris. And from experience I knew the peas the recipe called for were out. I decided to just use sliced carrots and chopped potatoes for the veggies.

Making the boxes was fairly simple when the instructions were followed. Puff pastry is such a great option, isn't it?

On to the sauce. Hmmmmmm. Tomato based? Really? Well, I tried it, although I didn't purchase a bottle of Pernod (anise liqueur) just so I could use one tablespoon of it.
The sauce did not pass muster as they say. So I tossed it and started over. I decided to just make a simple white sauce, threw in some Herbs de Provence, and loved it.

My version of the Vegetable Boxes turned into a rather veggie pot pie. And was well loved by everyone. Vanessa said it was a meal in itself and all she really needed or wanted. I'll definitely make them again. 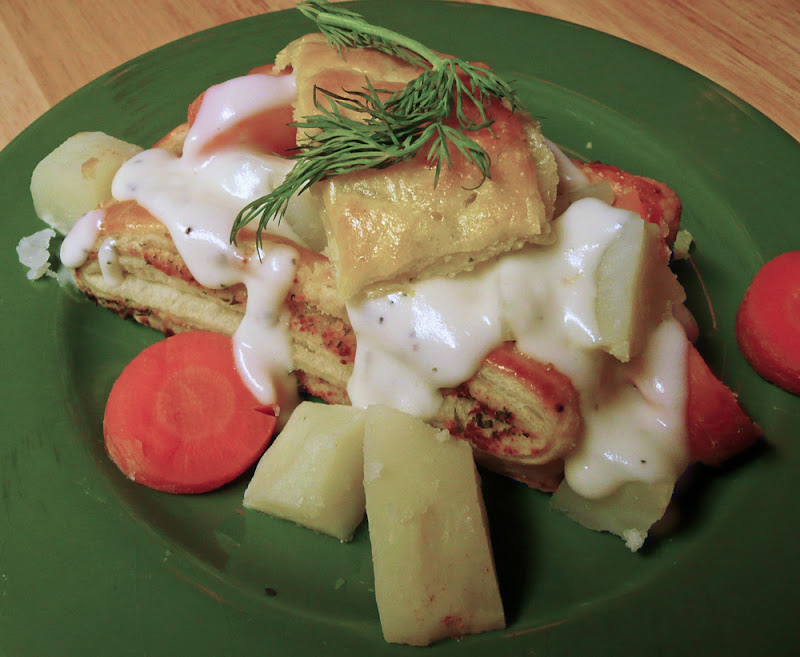 I wanted something simple and not too heavy for dessert so I turned to Martha of course. My friend Carol had bought me a subscription to her Everyday Food magazine and in one of them I found a recipe for Pears and dried Cherries with Chocolate Sauce.

They had me at Chocolate Sauce. 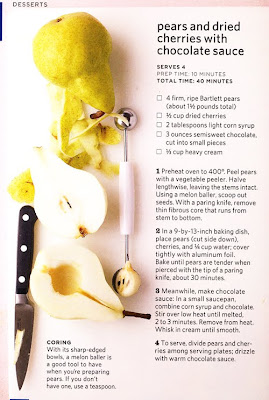 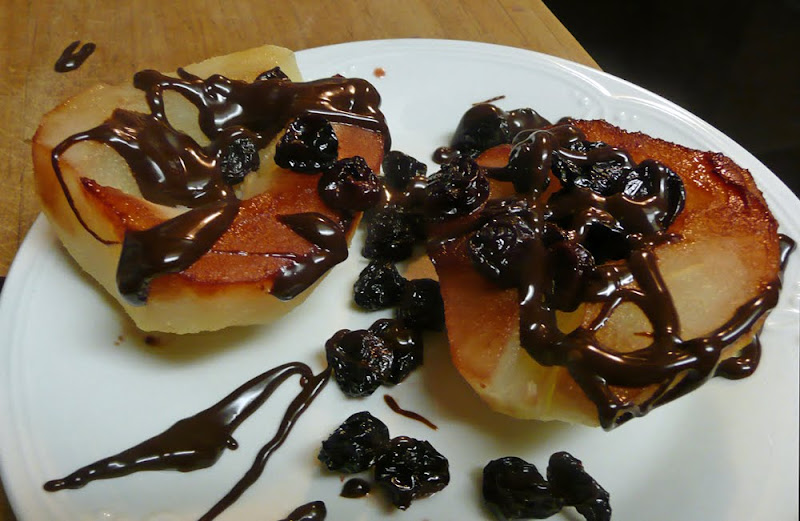 Making a successful meal is always so satisfying.
Posted by Victoria Williams at 8:52 PM

Its fun to try out new recipe. Probably as interesting as growing new plant or vegetable. The anticipation of whats to come, make it really exiting... Like us here too , it is only fun when kids come back home, and crowding the dinner table enjoying Kakdah's latest recipe..

Yum. I definitely want to eat at your house. The vegetable boxes look delish. I would like to try them myself. You know I'm a chocolate fan so your dessert looks yummy as well. Actually why am I singling anything out ~ it all looks amazing. I have been trying to be more picky about what I purchase at the super market too. Free range chickens & eggs, etc., are going into my basket more often even tho I cringe sometimes at the prices. I am determined to be a more conscious consumer now tho. Maybe if enough of us do that, things will change?

I was watching a documentary on fungi, and they said oyster mushrooms can lower high blood pressure. I don't have high blood pressure, but I am a mushroom nut. I have saved all the recipes and plan on making them this spring. I like your idea of white sauce instead of red. Thanks for the great recipes!

What a wonderful meal. I love Reisling so definitely will be trying that.

Victoria,
Wow everything looks so good. Ever want to visit NC our kitchen is yours to make messes in.

Your food always looks so wonderful! My compliments to the cook and to the photographer, as well!