Crazily scratching and digging and eating everything in sight.

So, Kim bought a piece of fencing at good ol' Home Depot. And then he put it up.

They were not happy chickens. Not so much. They patrolled the border, they eyed it up and down, they squawked. And then they gave up and pecked and scratched away at what we'd left them. 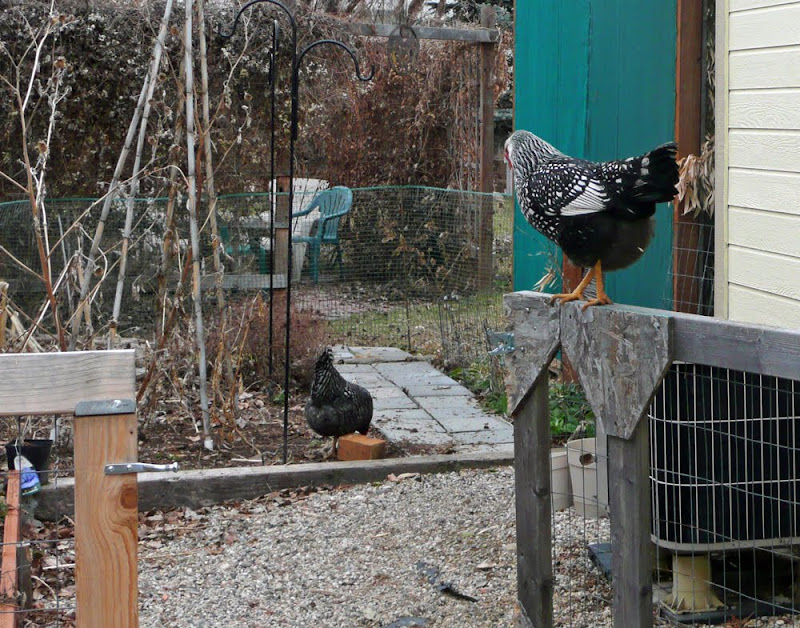 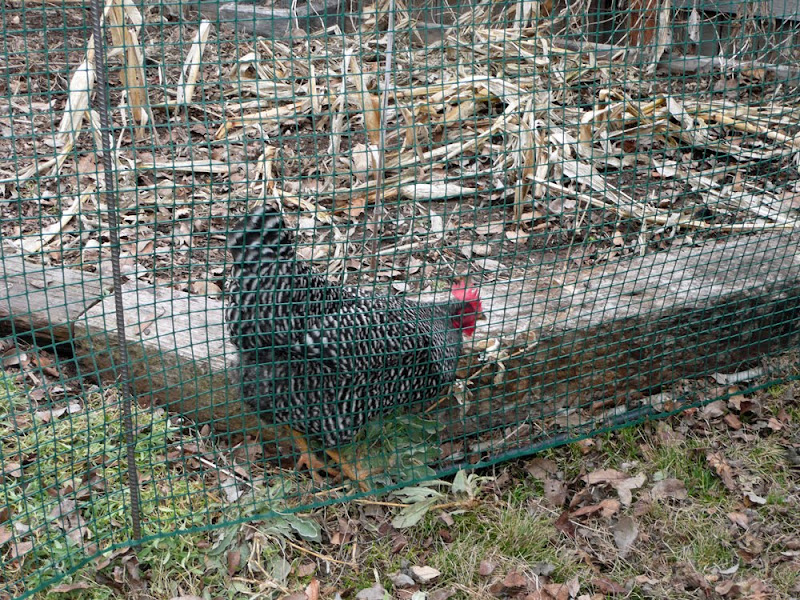 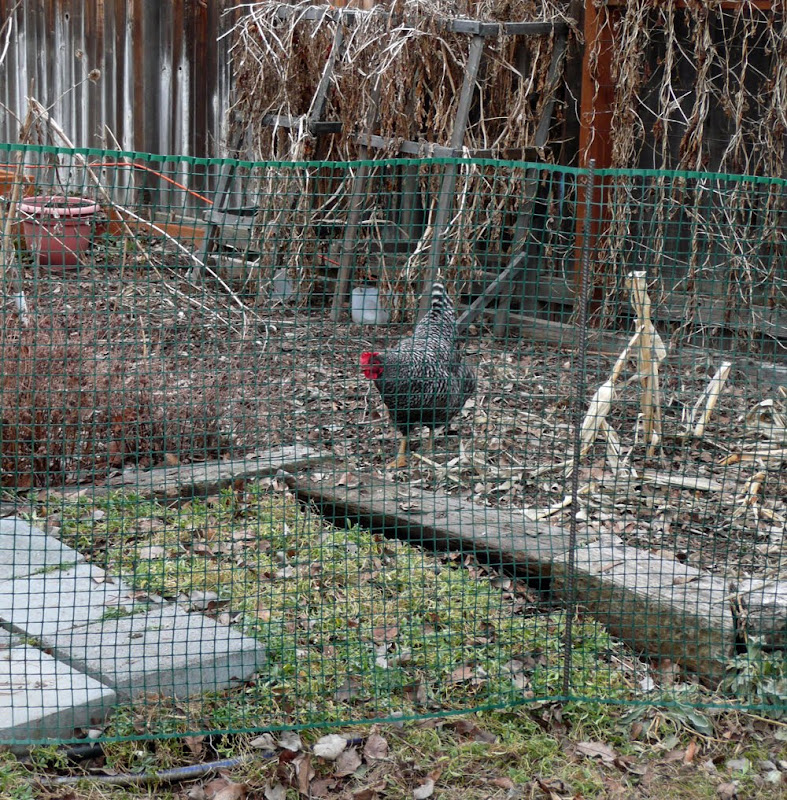 Later we'll put up permanent fencing around the veg garden, and then some temp fencing around some delicate plants. But first we'll allow the garden plants to get a head start on the chickens and see how things go after that.

Wish us luck!
Posted by Victoria Williams at 3:30 PM

Yes, nature programmed them to scratch for food. The frenzy is an indication of changing weather, scarcity or abundance of food; worms mostly. To fence them up, away from little plants is the most appropriate choice... But chickens are always lovely. A very precise alarm clock early in the morning..... ~bangchik

The poor chickens had their freedom taken away :) I've heard they'll eat everything. I know I'd do the same thing. We actually talked about getting chickens, but we just don't have the space for them and a garden.

Awww, those girls are confused! What the heck happened, I bet they're saying!!! They are such beautiful chickens ~ I could forgive them some scratching. Maybe it will get better as there are more bugs in the garden???