I thoroughly enjoyed reading Kylee’s post “Where in the World is Our Little Acre?”. The idea of sharing about where we garden inspired me to share just where we garden here at Our Life in Idaho. Although Kylee felt secure enough to only show a map of her state of Ohio I figured I'd better start out with a bigger picture: 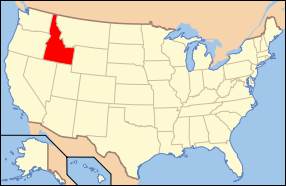 Idaho, yes, Idaho. "You may not have heard of it but it really does exist."

The Oregon Trail passed through the southern part of what is now Idaho. The Idaho portion of the Oregon Trail crossed deserts, mountains, and dangerous river crossings. There were cutoffs, alternate routes and connecting trails. The trails were not like modern roads that follow one line. If a valley was ten miles wide, so was the trail. If a canyon or ford was narrow, so was the trail. 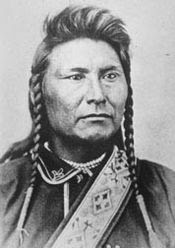 Chief Joseph is often connected with Idaho and was a great Nez Perce Indian chief.

You also may have heard of Sacajawea. 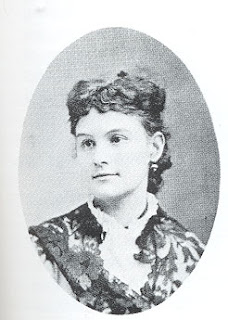 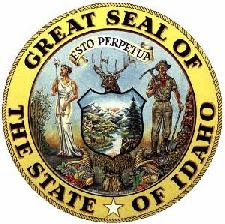 Kim and I garden specifically in Ada county; 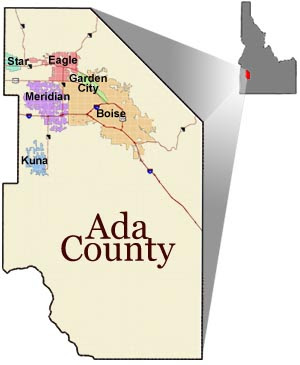 Ada county was named for Ada Riggs, the first white child born in the area and the daughter of H. C. Riggs, one of the founders of Boise and a member of the Idaho Territorial Legislature. Boise became the capital of Idaho in 1865.

We garden in the eastern portion of Ada county. Although considered a part of the city of Boise we are actually miles from the town center. Previously our subdivision resembled this; 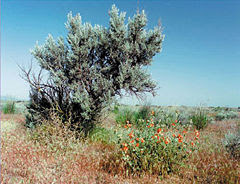 Sagebrush. And more sagebrush. Not that there's anything wrong with that. Sagebrush is a great plant and provides food and shelter for many a wild animal. Including some of these guys. So, yeah, you do have to watch where you're walking. 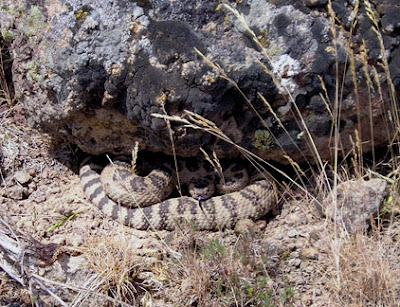 The point being that we're attempting to garden in a desert. Yes, the Boise River is nearby and the Snake River not too far away, but there is no denying the fact that we live in a desert.

As visual relief to the desert, the Boise Foothills provide a nice backdrop for the city and lead to the Bogus Basin Ski area, along with providing access to camping, hiking, fishing and hunting. (a little touristy FYI for you.) 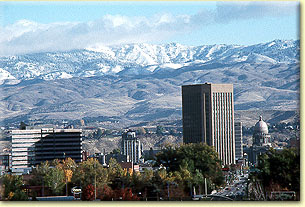 Our climate is characterized as semi-arid with four distinct seasons. Boise experiences hot and dry summers where temperatures can often reach triple digits, as well as cold winters with fair amounts of snowfall. Rainfall is usually infrequent and light, averaging less than 2 inches (51 mm) per month. March is the wettest month with an average of 1.41 inches (36 mm). August is the driest month with 0.30 inches (7.6 mm) of rain.

Average summer temperatures are around 90˚F (30˚C) and winter lows are usually around 20˚F (-7˚C) but sometimes into the teens or even lower. So our gardening zone wavers from 5 to 6.

As far as our soil is concerned, it may be good for growing potatoes, but not for flowers. It is mainly composed of clay; and when clay soil is dry, it's almost as hard as concrete. Plant roots can't push through it. No air can get in from the surface. Most bacteria and other soil organisms that need oxygen can't breathe. So, amend, amend, amend. We try to add compost every year if possible.

The front garden in summer... 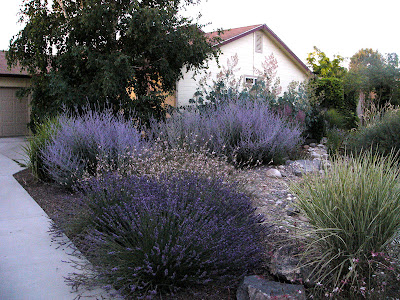 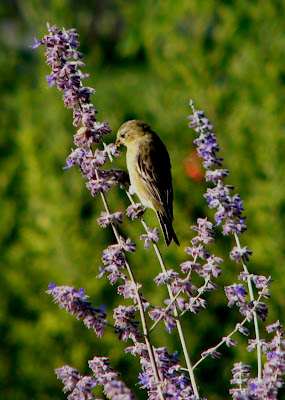 I agree with Kylee, my favorite time in the garden is June. Before the heat of July and August has had its way with the plants. 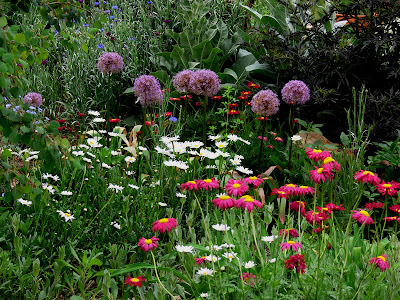 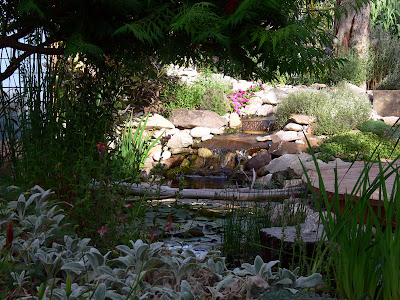 And one of our favorite garden activities, after all the work is done... 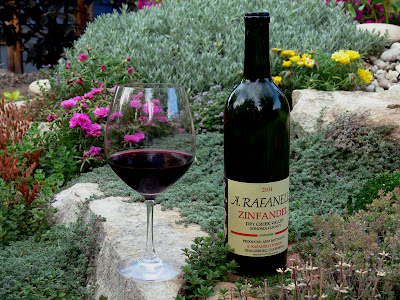 Posted by Victoria Williams at 1:06 PM

Labels: Flowers in our garden, Idaho, Our Garden

Wow, you packed a lot of information about Idaho in that post...I learned a few things, ha. I am not an Idaho native, but I love where I live now and wouldn't want to be anywhere else.
The photos from your garden are beautiful!

Good description of Idaho and Ada county. You've done your homework! And I believe, "Here We Have Idaho", the State Song, was written by a woman. Women have played a big part in Idaho history. Just some thoughts.
--- Bob

That was really informative! I loved the photos too...except for that SNAKE! YUCK!

What a nice picture - red wine in the garden - cheers!
We are sitting in Vienna with two glasses of red wine and enjoy it!

Wow!! It' s a great post. Now I learned something from Idaho. It' s so interesting for me to see some of the history. And I love the pictures of your garden.
I drink a glass of wine with you!
Have a good Sunday
Wurzerl

what a gorgeous garden... lovely and it looks perfect for sitting and relaxing with a glass of wine (or two!)

Very interesting post! I really liked the picture from your front garden. I'm taking notes what works well with not much water:)

Thanks for all the facts on Idaho Learned a lot.
Interestingly the zone I live in is also 5 or 6, we do get more rain tho.
I can't say I would miss the snake.
Pretty pictures of the garden and bird, best part after a hard day in the garden is the wine to enable one to sit back and enjoy one's work.