I can’t believe my son turns 21 years old today. He used to look like this: 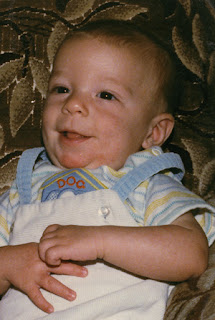 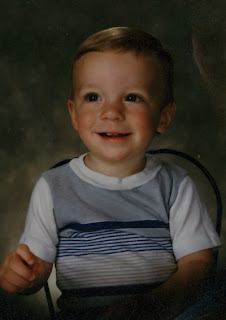 Here he is with his older sister Vanessa; 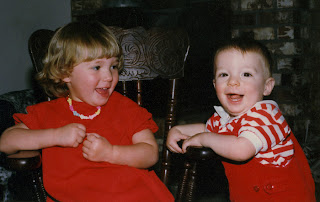 Casey has always been, what? Busy, intense, angry, sensitive, brave, inquisitive. All of those. He has certainly kept me on my toes as a mother. He was always questioning everything and everyone. He still does. When he was a little boy he loved helping out in the kitchen, I always wondered if he would grow up to be a chef. At four years old his favorite movie was The Man From Snowy River. He practically had the lines memorized and said when he grew up he would be a cowboy and he and his wife would come visit me on his horse.

On vacation in Disneyland; 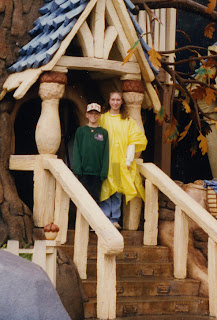 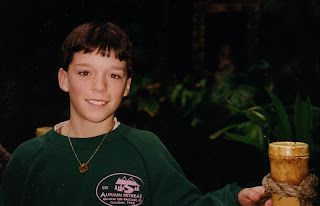 On vacation in Canada; 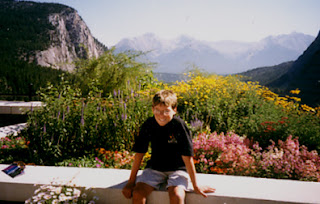 While in Canada I decided it would be fun if we went by assumed names for a while (don’t ask, I don’t know why), anyway, Casey chose the name Amaru, Tupac’s middle name. Something I used to do with the kids in order to get them to try anything new was to say, “It’s an adventure!” Needless to say, it didn’t last long, but it did become our family joke for a while.

At an Atlanta Braves game; 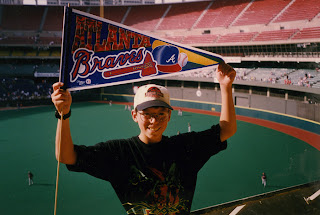 With his broken arm; 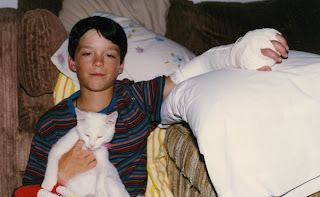 with his dog Scarface; 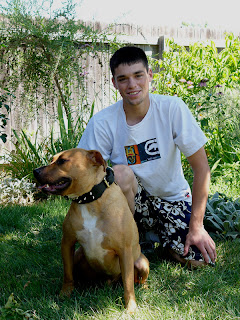 This winter at the yurt; 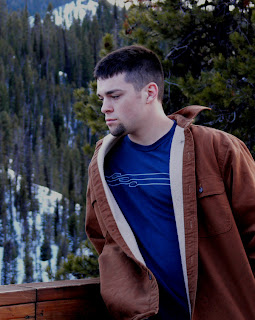 And with his sister and her boyfriend (his best friend); 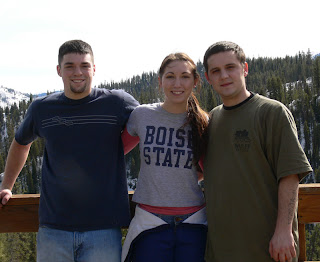 Casey loves to read, he loves the outdoors and listening to music. Favorite musical groups: Tool, Tupac (forever), Nine Inch Nails, Chevelle, Tech N9ne. My son hasn’t always been easy to live with. At one time he managed to end up doing some jail time. Kim and I visited every week. It was a very difficult time for all of us. Here is Casey’s requested reading list while in jail: Autobiography of Malcom X, The Teachings of Don Juan, The Secret Teachings of the Tao Te Ching, Being Nobody Going Nowhere, Basic Writings of Neitzsche, Aristotle Politics, The Varieties of Religious Experience, The Trial of Socrates, and The Haight Ashbury. He read them all.

Casey works out at the gym; he loves staying in shape. Last year we went on some winter hikes together. He hates pretense and ignorance. He is willing to attempt almost anything. In only 21 years he has lived a life full of experiences and learning beyond many people of the same age. I can only imagine what lies ahead for this son of mine.
Posted by Victoria Williams at 5:20 PM

What a great post... Thanks for sharing that about your family. Your son is more like most people than he may think.

I was wondering if it would be OK to link to you from my blog.

Thanks for that. Please do link to my blog, I'm already linked to yours.

Seeing this post made me want to hug my son..who is already 13 and growing too quickly!

What a sweet tribute to the birthday boy. You are a loving mom indeed :)

Happy Birthday to Casey. I enjoyed reading your post about Casey. He sounds like a great guy. The rewards of having children make all of the hard times worth it all. Hope you all had a big birthday celebration.

Fun. Idaho is really so small. I went to school with your son. I was only in Boise a year or so, but i always liked Casey. It figures he has some cool parents. I hope he's well. He probably doesn't remember, or maybe not fondly, ha, but hi from one of the Jackson twins.