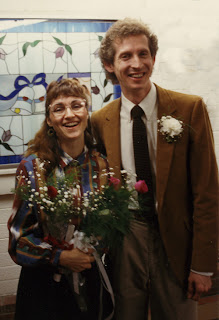 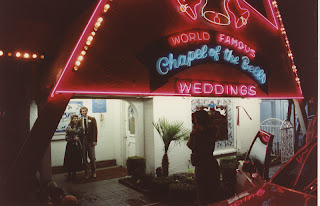 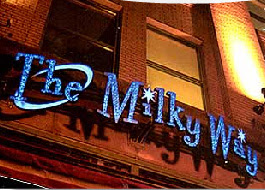 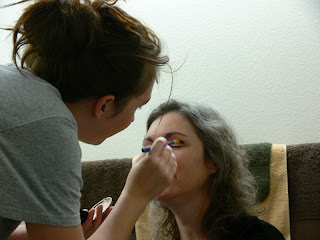 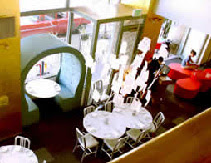 Doesn't seem that long ago Kim and I were married. Las Vegas, baby. World Famous Chapel of the Bells no less! That was a great night and included some decent partying afterwards. From these pictures you can tell what babies we were back then.
Since our anniversary, Kim's birthday, and Valentine's Day all fall within the same week for us, we combine them into one nice dinner out.

This year we chose the Milky Way restaurant in downtown Boise. We had read good reviews of the place. Why is it called the Milky Way you ask?
Because, according to their website, the owner, "Mitchell, a graduate of the Culinary Institute of America in New York....", says, "There's the right way, the wrong way and The Milky Way." Milky is his long-time nickname. So there you have it.


But before dinner, my daughter helped add some "glam" to me. Being a '70s hippy gal I'm terrible at make-up so I asked her to help me out.


At the restaurant we were given their special occasion table.......nice! 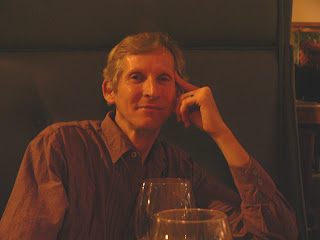 Kim eventually became accustomed
to my shooting pictures in the restaurant. 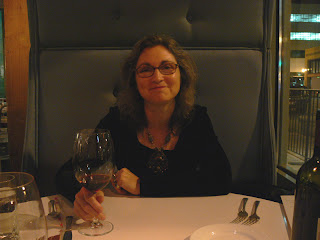 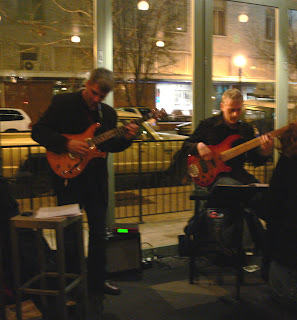 Music was provided by a local group; Frim Fram Fellas. 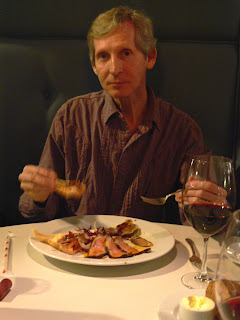 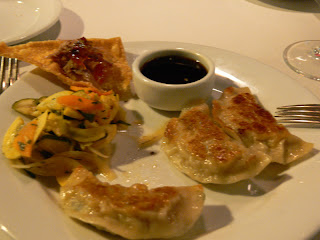 The food was great, the wine (a Super Tuscan), was tasty. Kim told me a funny story about our son's dog who lives with us. 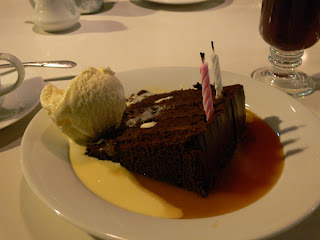 If I ever got married I'd love to do it in Vegas!

Niki, yes, I would recommend Vegas as a fun wedding for anyone.