My family celebrated our "Christmas" together yesterday.  Had lots of fun.
Our granddaughter Hayden was a big attraction.
Here she is modeling the duck hat I knitted.  She's also wearing her Green Bay onesie, because, well, she must.  Her Daddy is a big Green Bay fan. 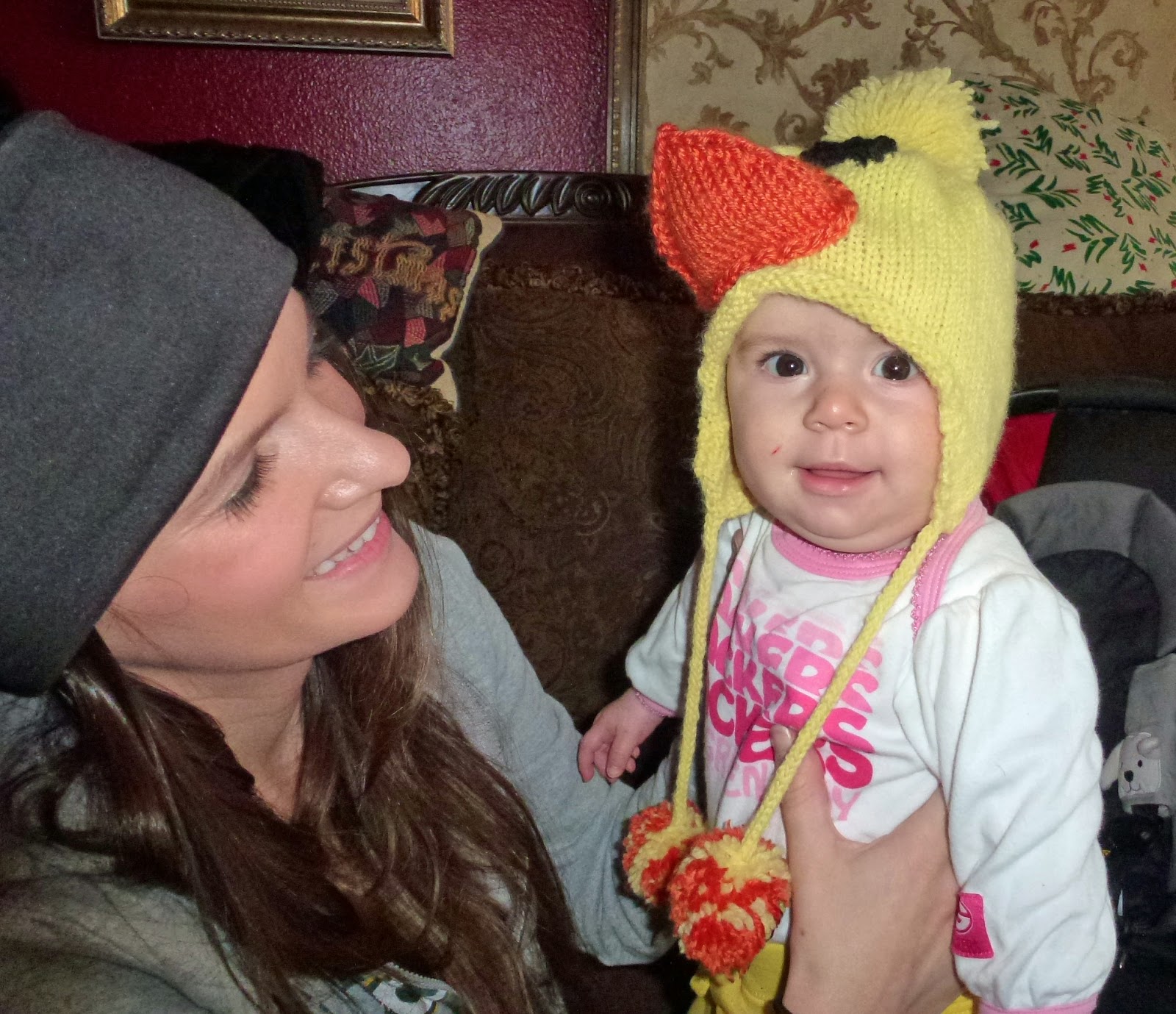 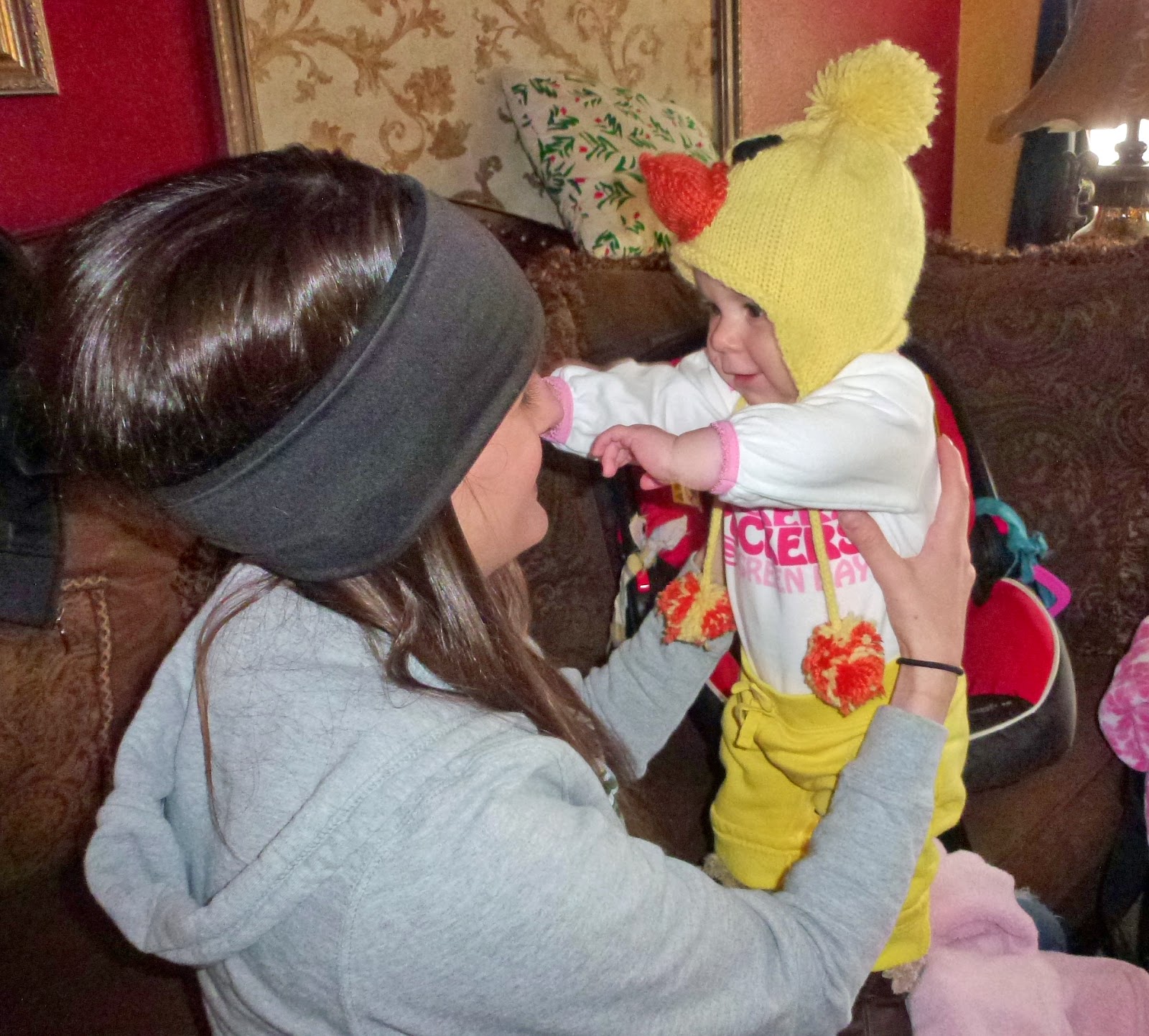 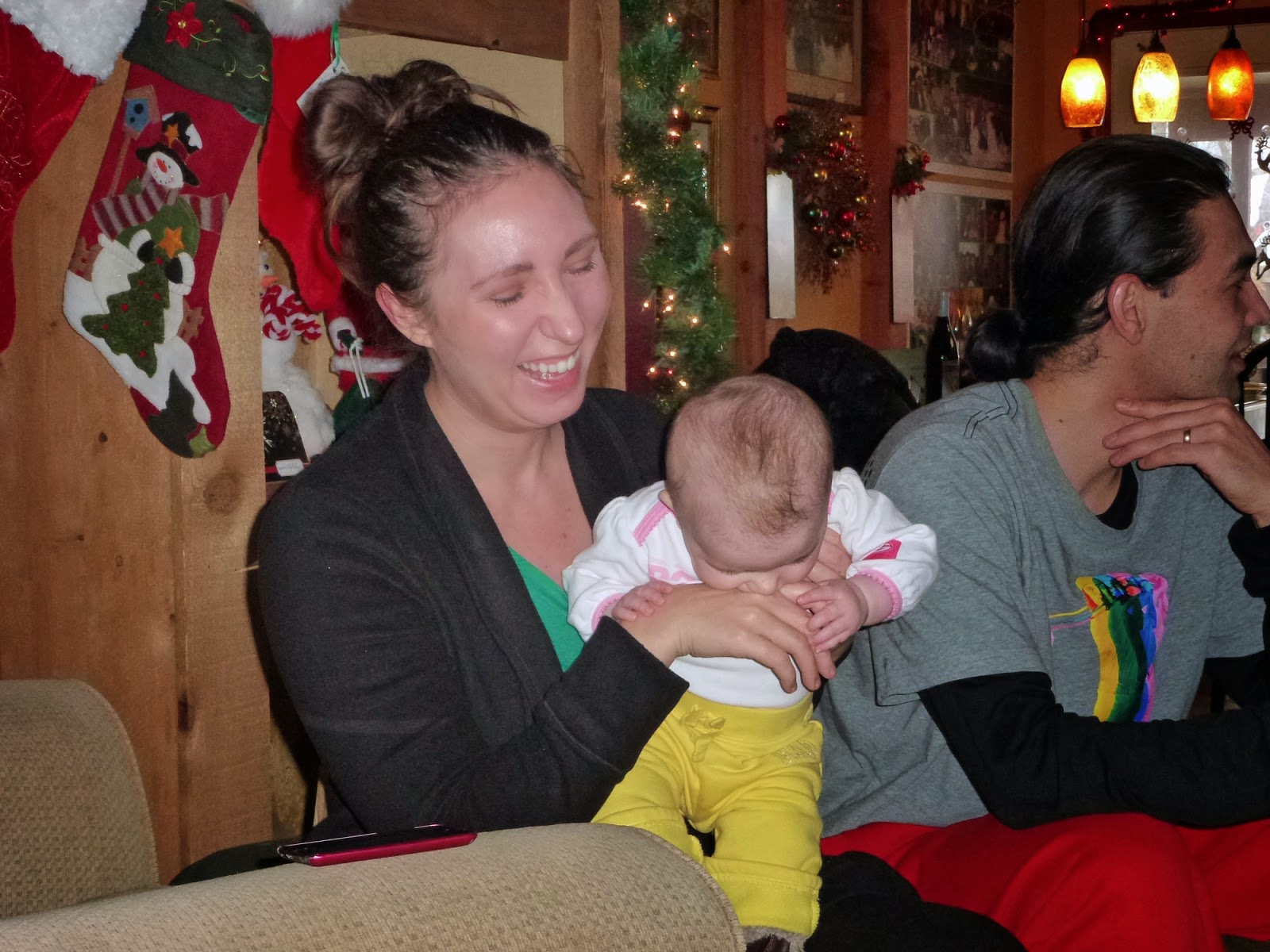 Daddy entertains her for a while. 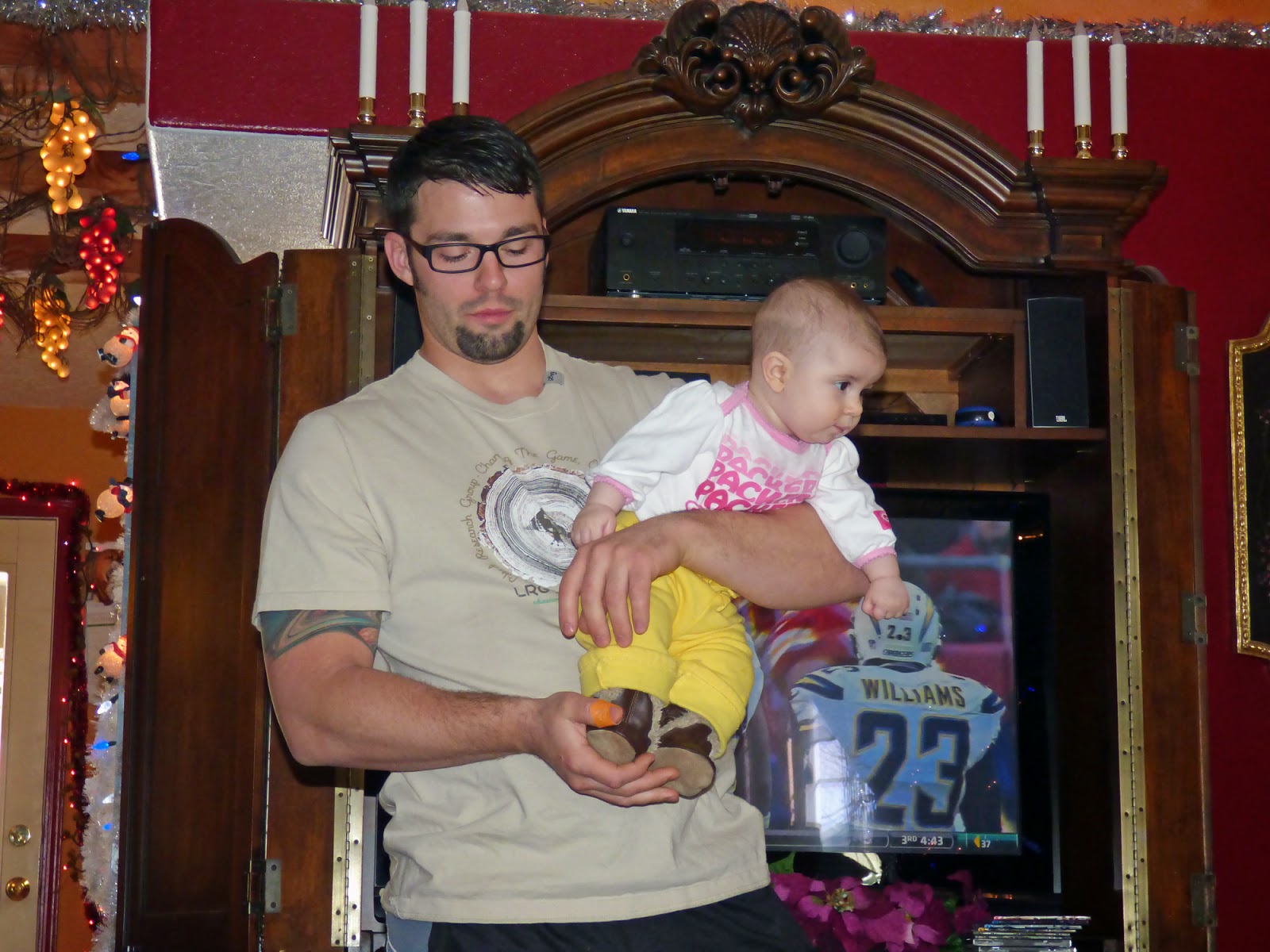 Grandma and Grandpa get in on some baby loving action. 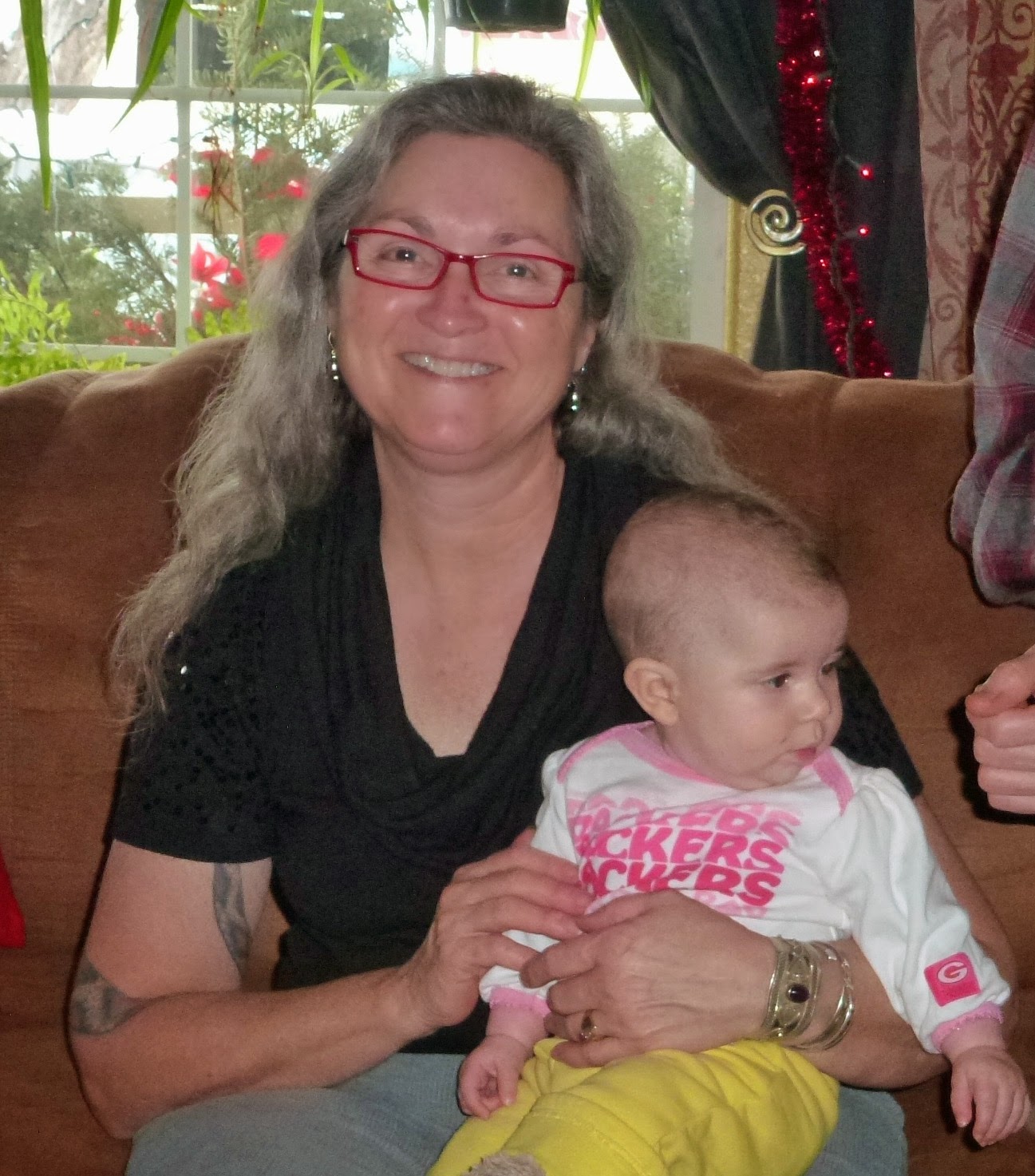 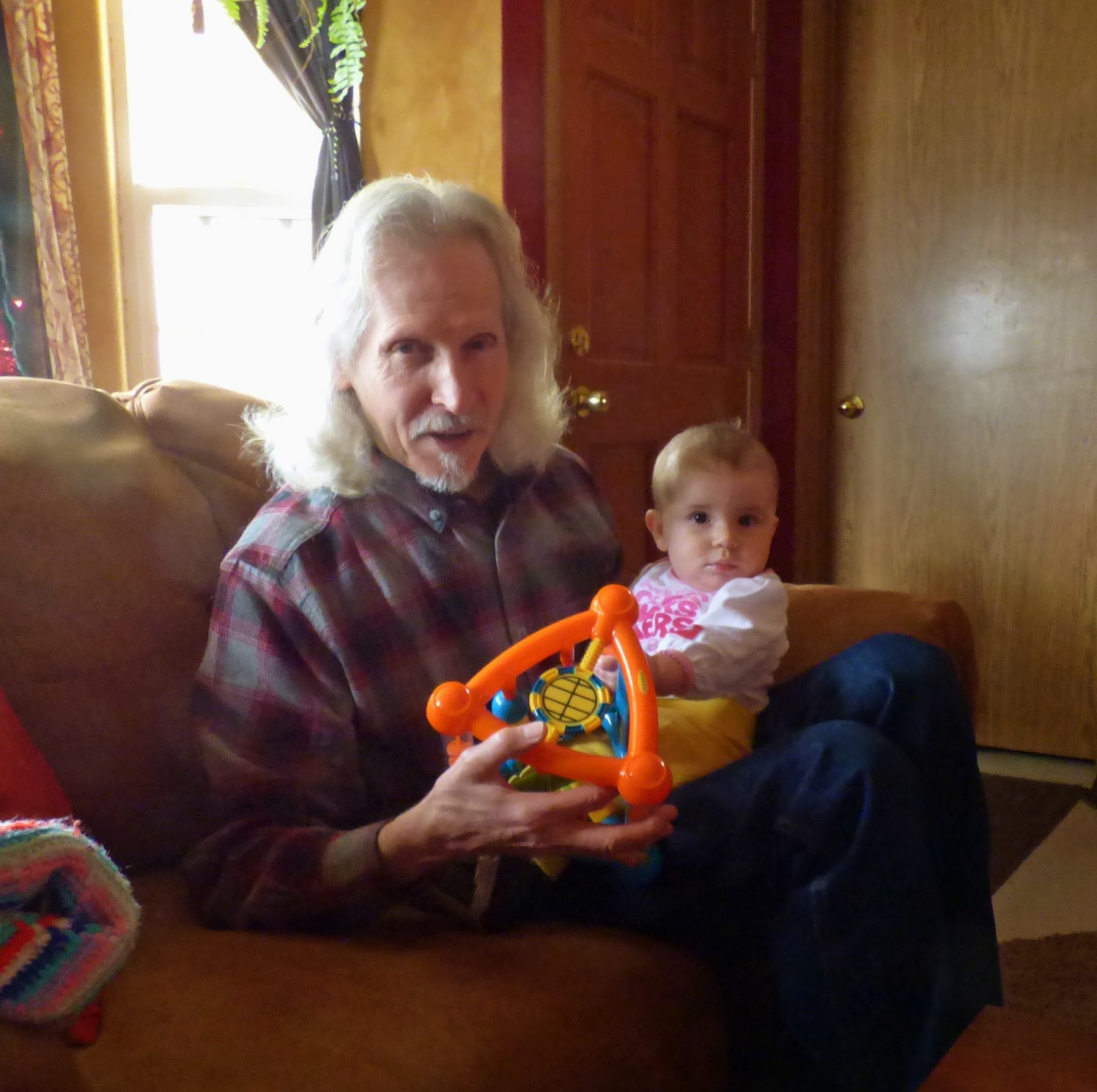 Everyone enjoyed the hand knit socks I made for them.  And Kim gave his home made beer, which was a big hit of course. 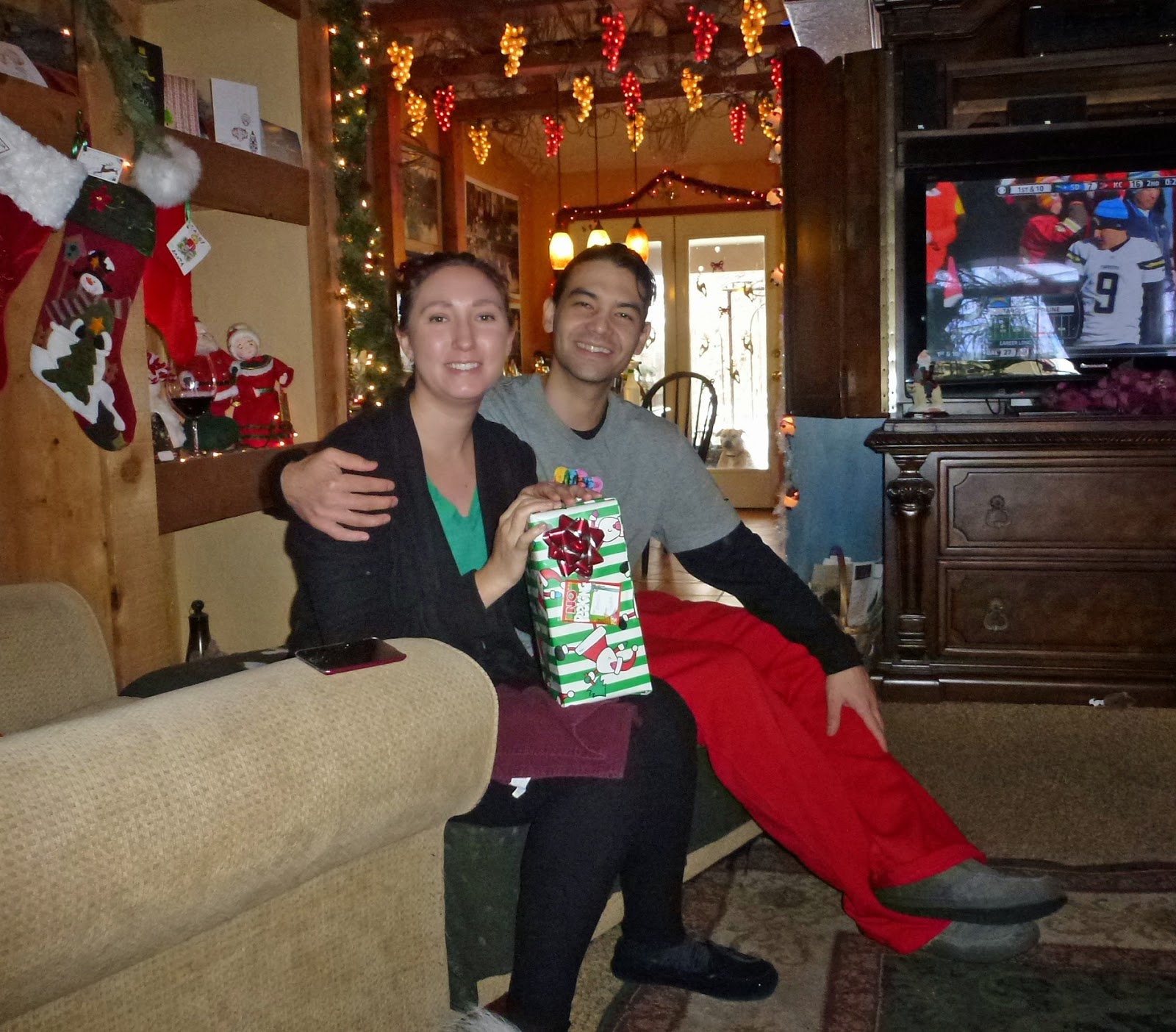 There was football to watch. 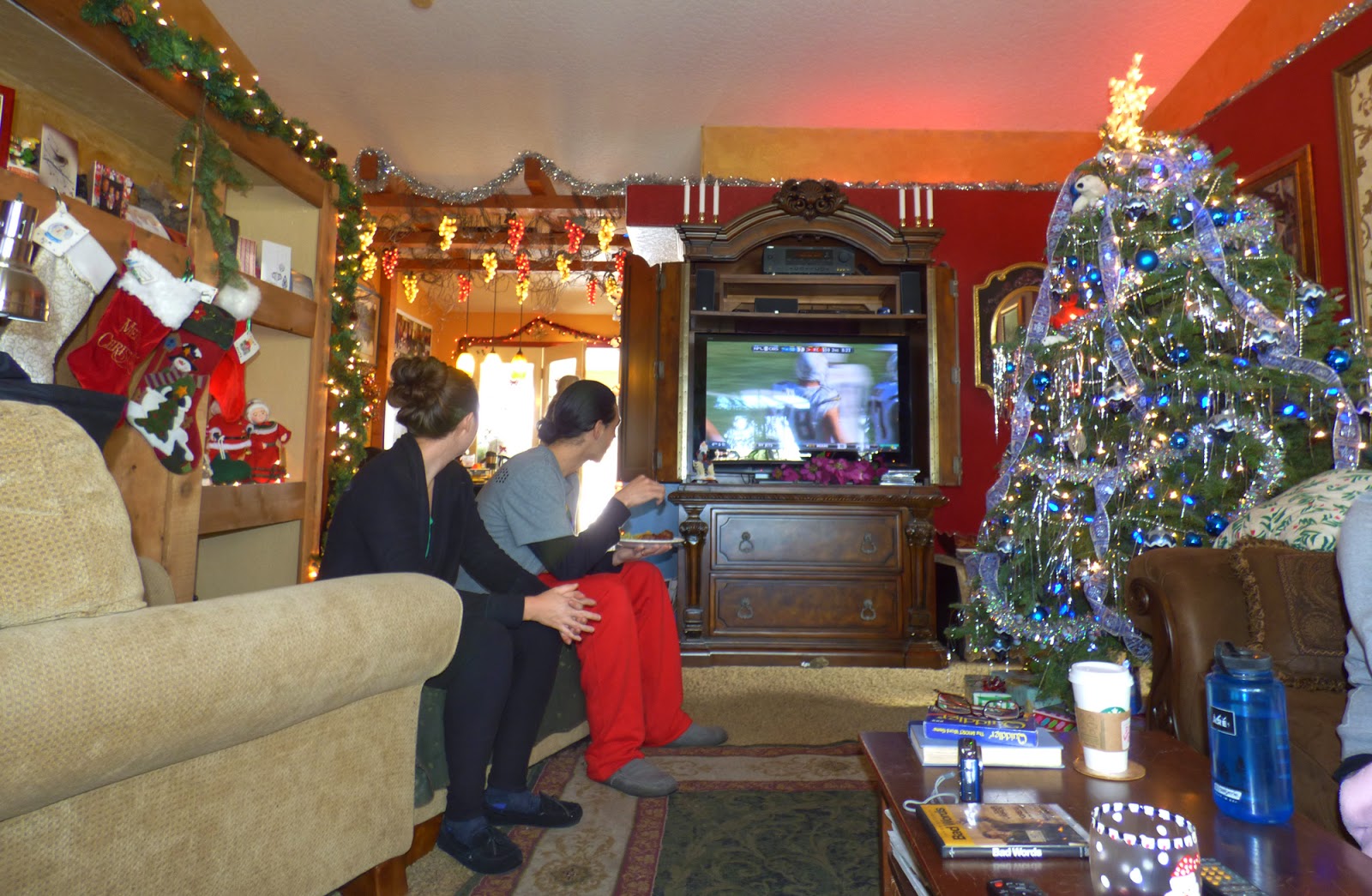 And lots to eat. 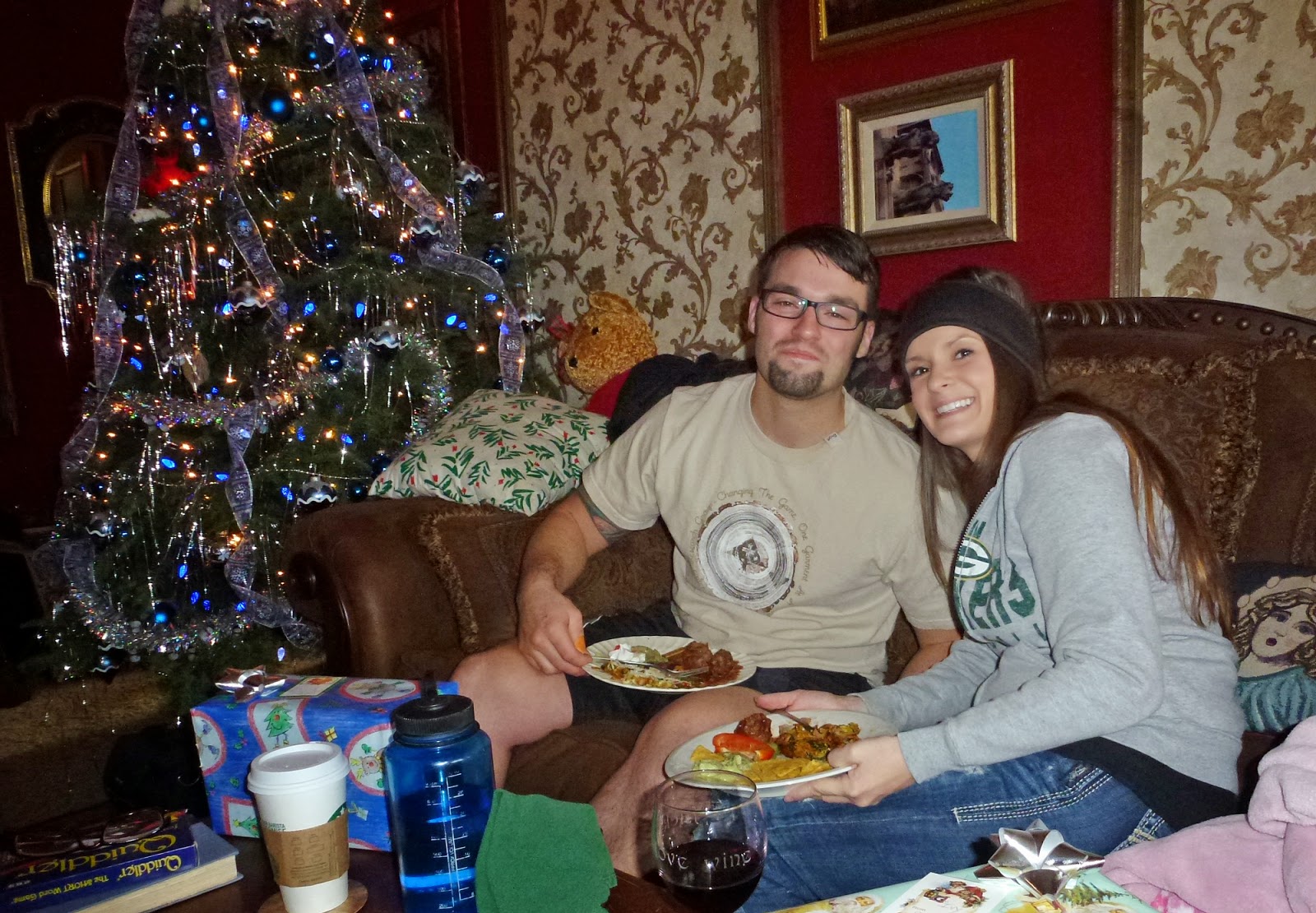 I went for appetizers this year instead of a sit down dinner.


And who doesn't like red pepper jelly with cream cheese?  This time with a cranberry twist for Christmas.  Delicious. 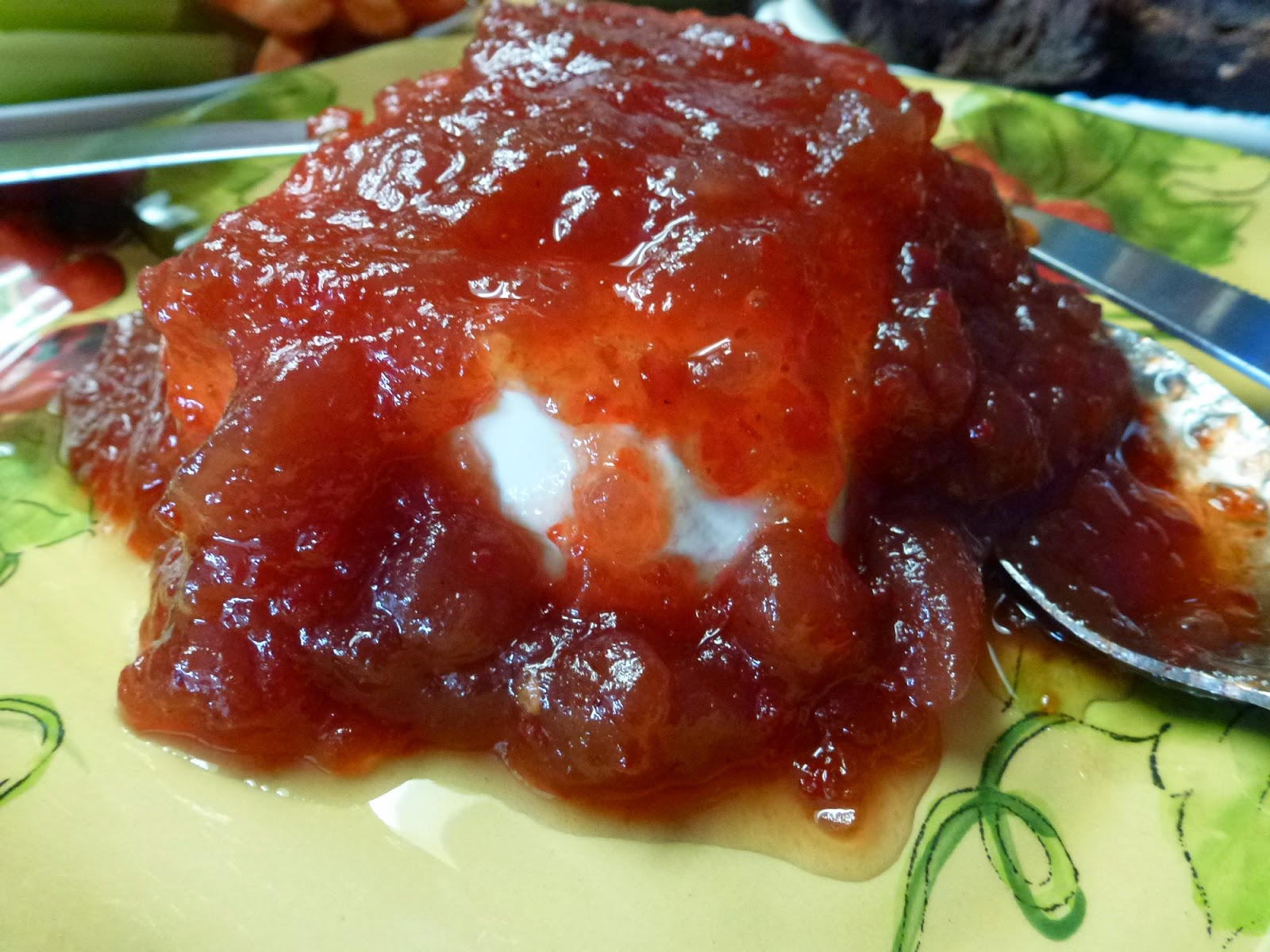 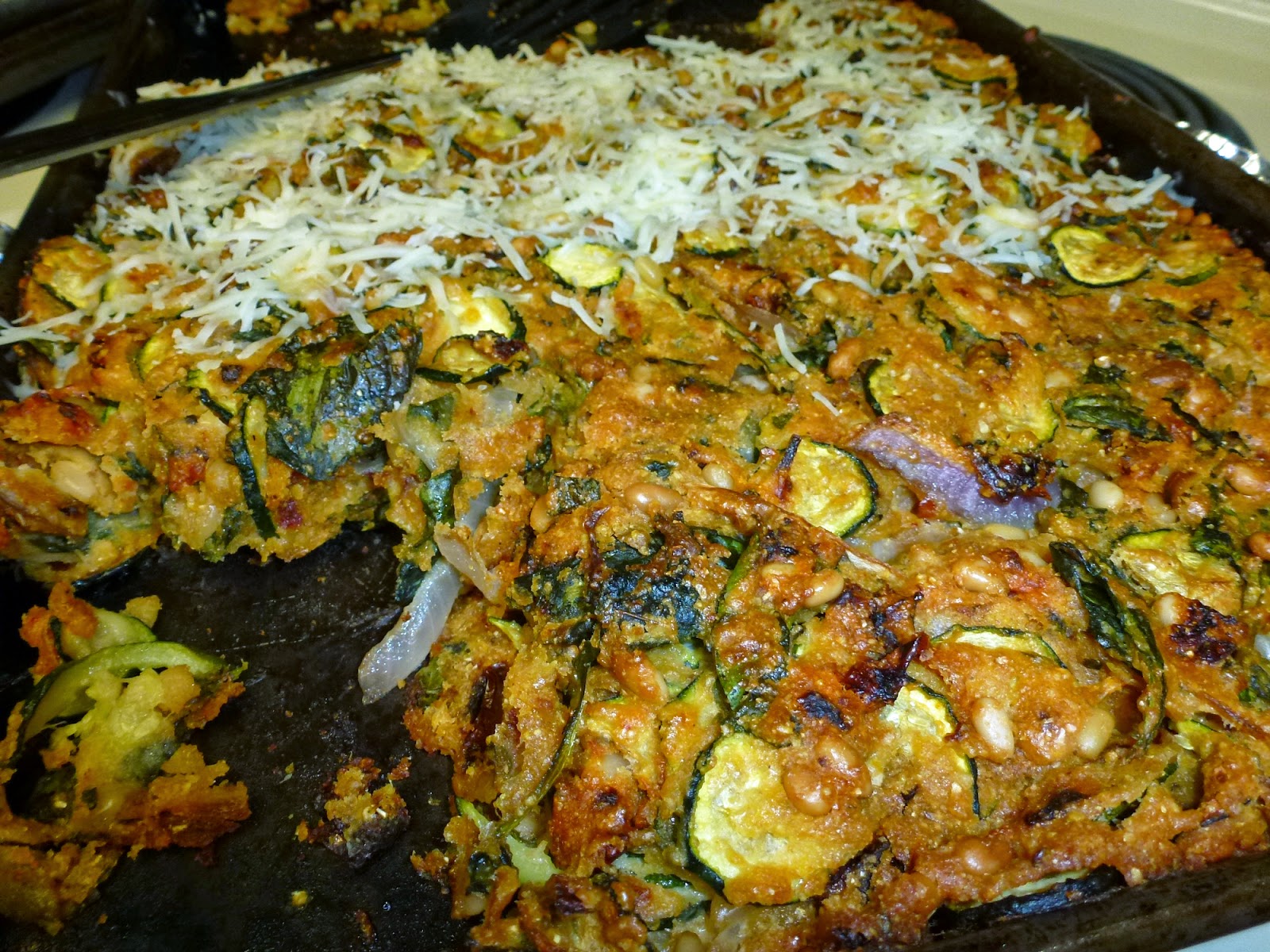 I took a chance and tried this Scarpaccia.  It's all veggie, but also I left off a portion of cheese at the end for those with a dairy intolerance.  Worked well.  Made a lot.

There were also Crispy Brussels Sprouts with Garlic Aioli (delicious), guacamole, hummus, fresh veggies, and, thanks to my daughter, a variety of olives.  My friend Carol brought over pork and seeds. 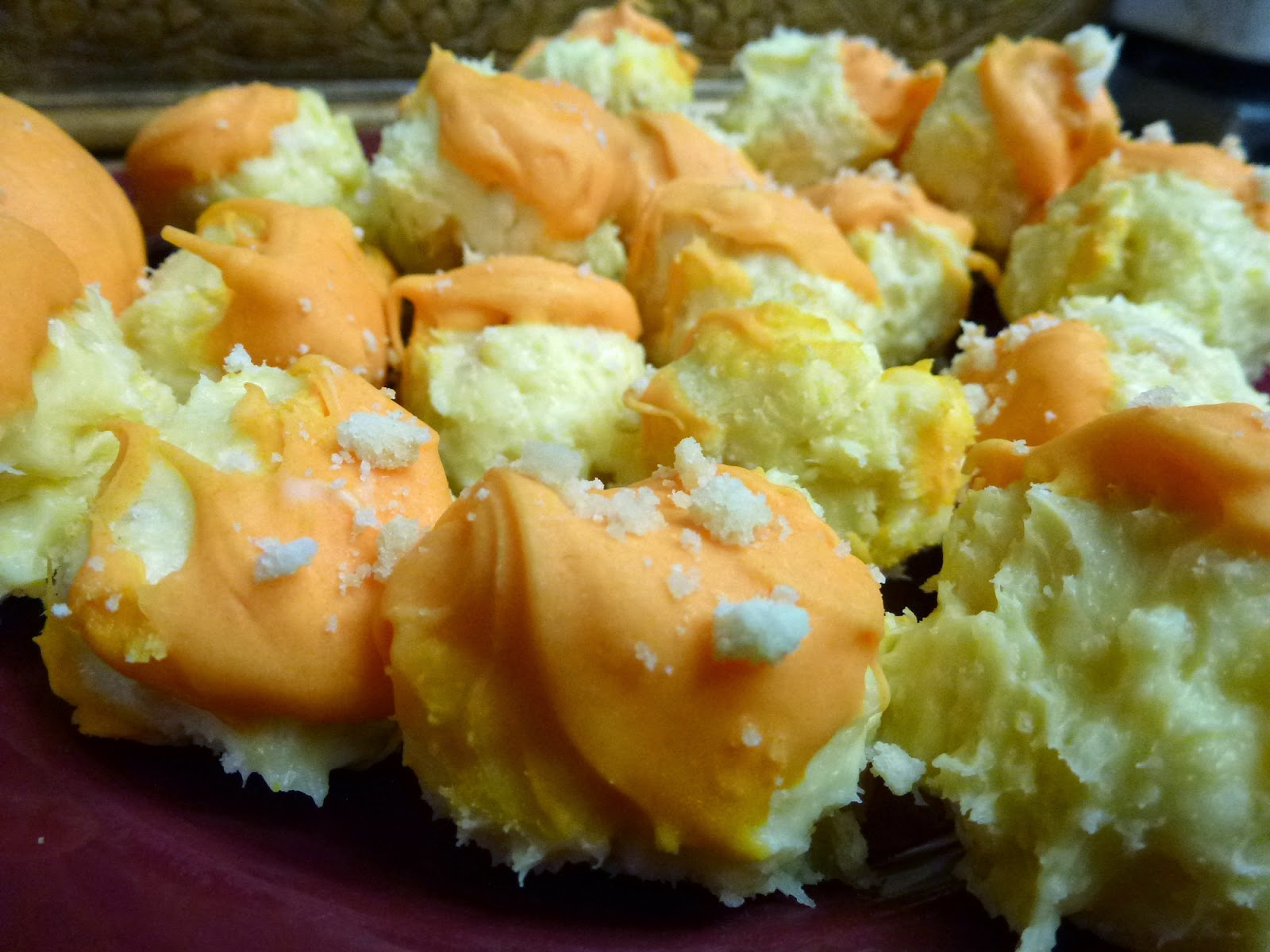 Lemon Shortbread Truffles were a big disappointment to me.  Maybe I'm just not good at making them.  They never achieved a nice "rolling" consistency.  Then I added too much yellow food coloring and they were orange instead of yellow.  Oh well, win some, lose some.  I made my own shortbread cookies for this recipe and my own lemon curd.  Still have plenty of those leftover so it's not a complete let down. 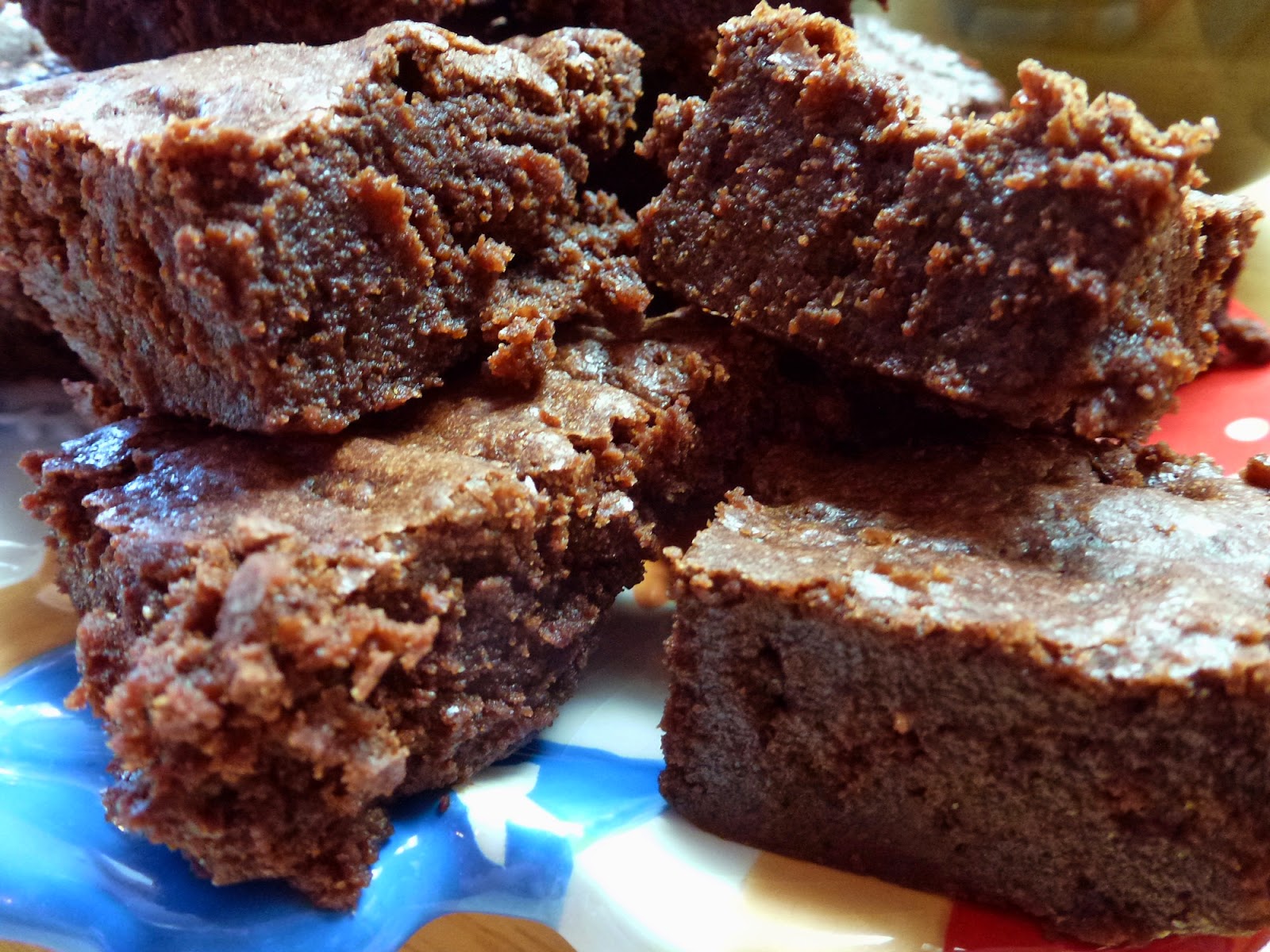 And some chocolate for dessert is a must.  These brownies really hit the spot.  I think they'll be my go-to brownie recipe from now on.  Supposed to be one of Oprah's favs.  I see why now. 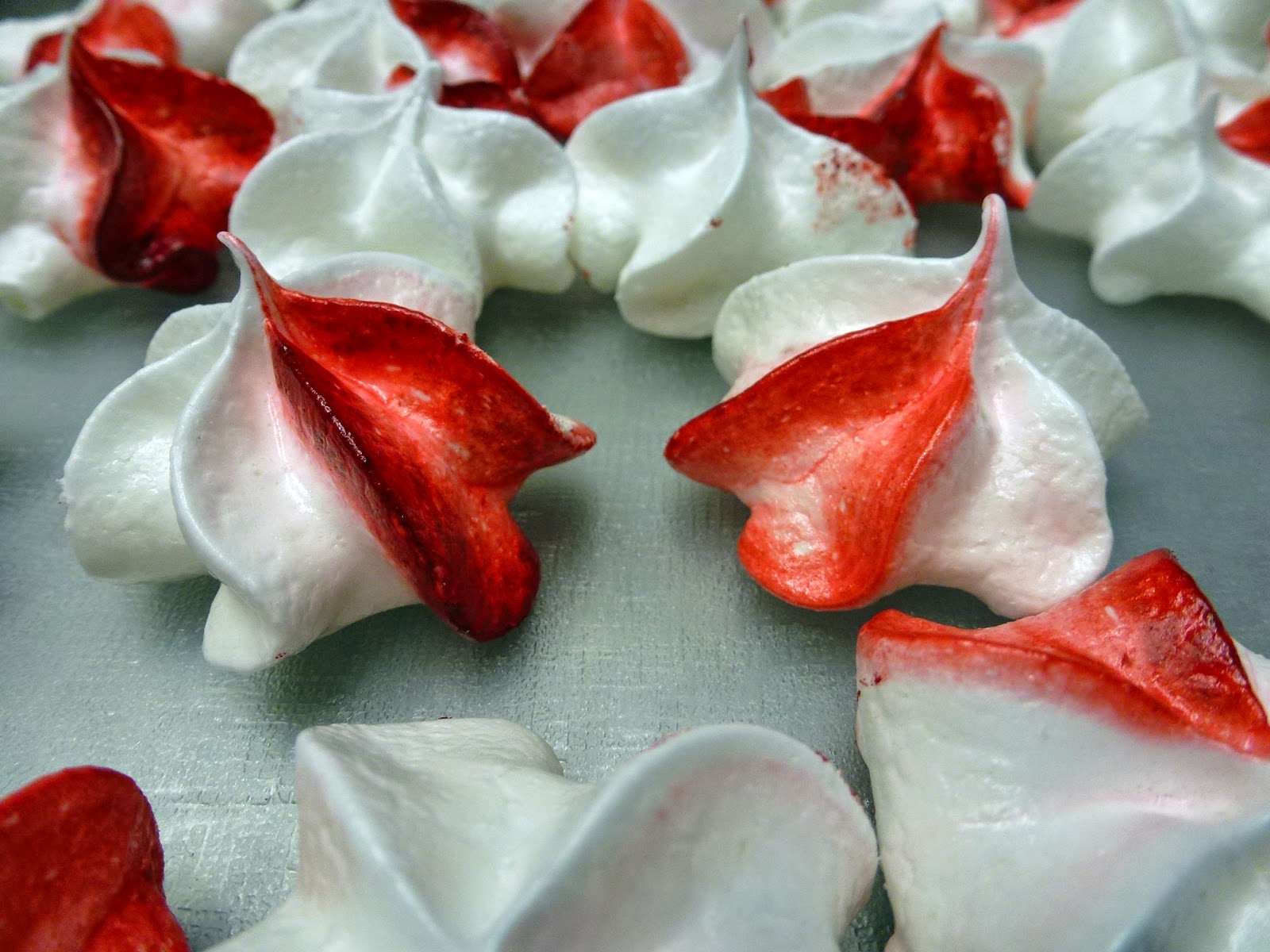 Am I the only person who likes meringues? Well, in my family anyway.  I love that crunchy texture on the outside and the way they melt in your mouth.  I thought these Peppermint Meringues were a nice dairy free dessert option.  And pretty, too.  Also super easy. 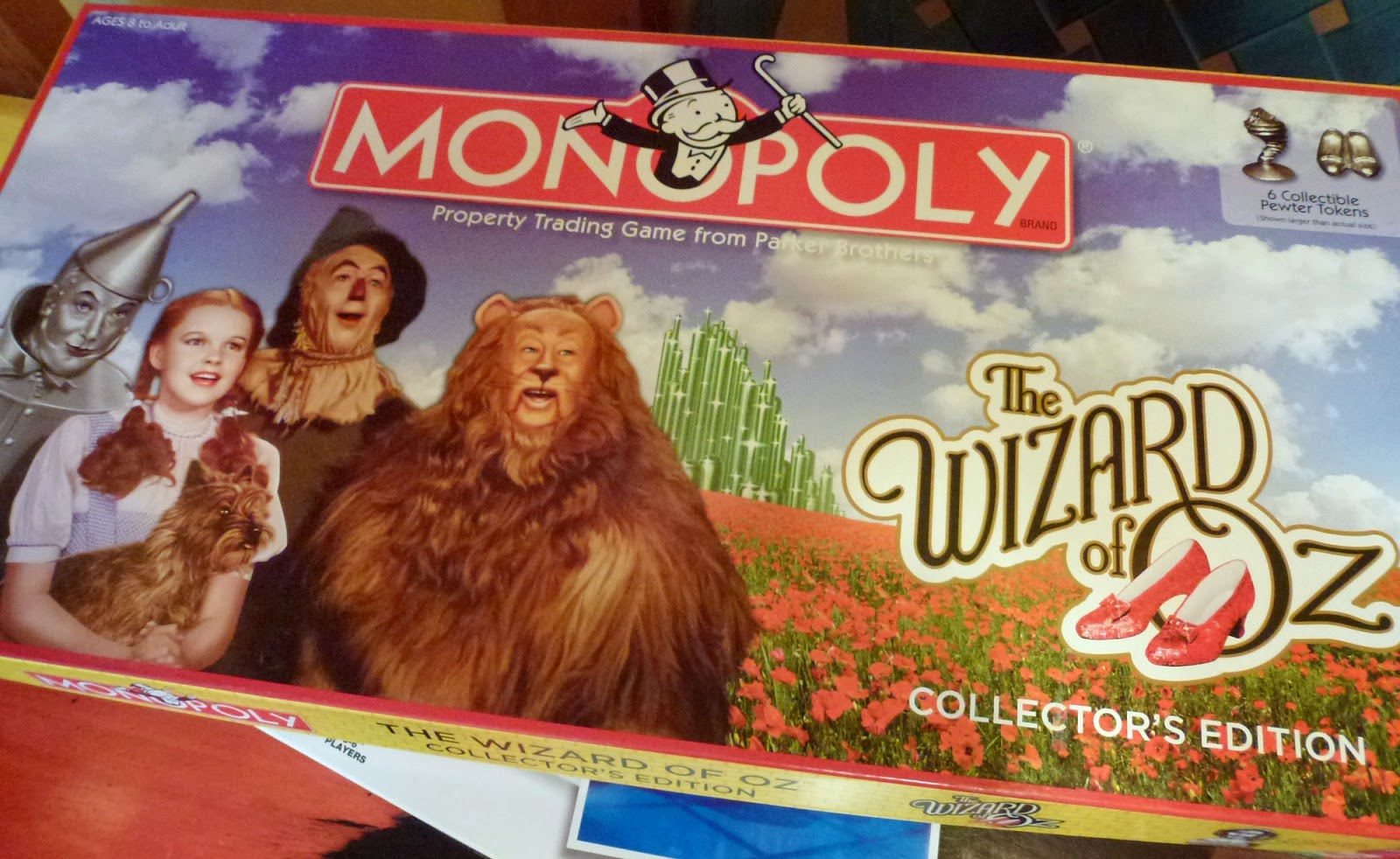 and watched a movie.  Bad Words is good fun.  Rohan Chand is adorable.

To top off the day we even received more snow. 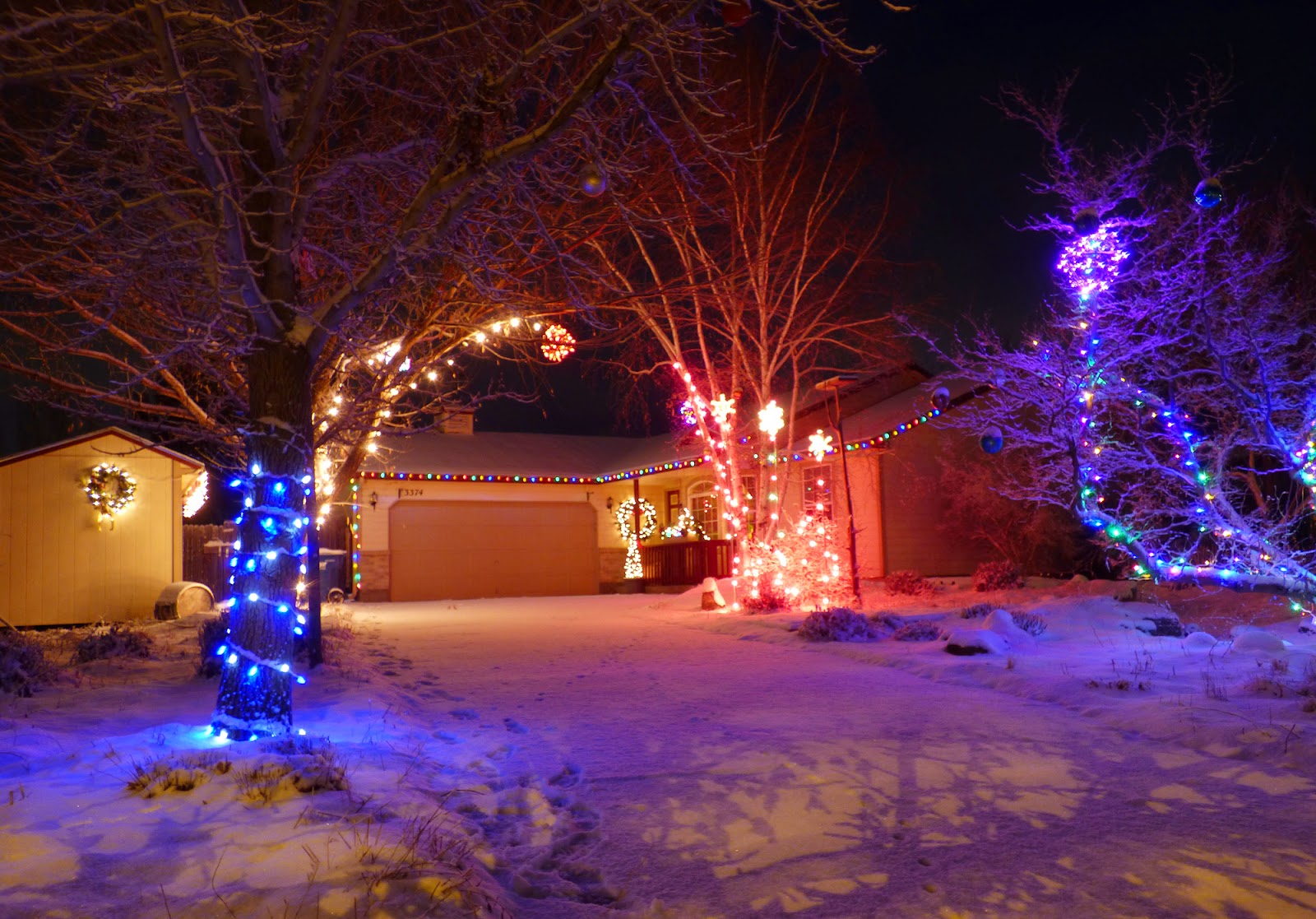 It was a great day.  The one sour part was when Scarface growled at Hayden, so he was banished from the house for a while.  That's part of the reason he's part of our household now, he's a grouchy old turd.


Posted by Victoria Williams at 9:54 AM

Yum!! Your appetizer Christmas looks amazing. I think it's a great idea too. Who wants to make a big dinner when there's other things to do!!! By Christmas Day, I'm starting to slow down so I may copy your idea next year. Your granddaughter is adorable. I would never get anything else done except playing with her!
Glad you had a good Christmas. Now on to the New Year! Happy 2015 Victoria. Thanks for all your wonderful comments and I hope it's a great year for you.

Oh she is just precious! What fun the holidays are with young ones around. I wish you all a wonderful new year ahead.

Adorable! Especially with the duck hat. Makes me wonder if I don't need a duck hat!