Due to our abnormally hot weather lately I was able to take the new chicks outside for the first time this week. 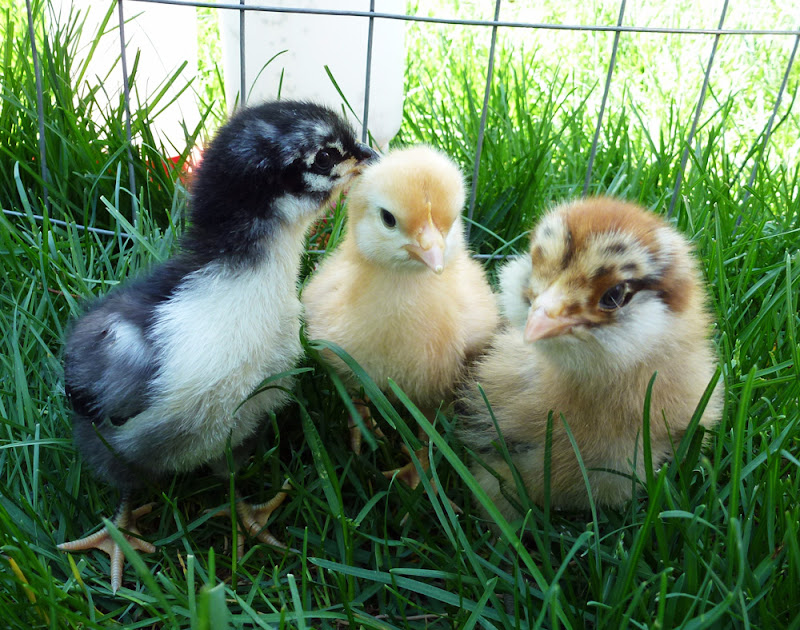 You can see the "fence" I put up. Obviously it was only there to make me feel better. The chicks completely ignored it. 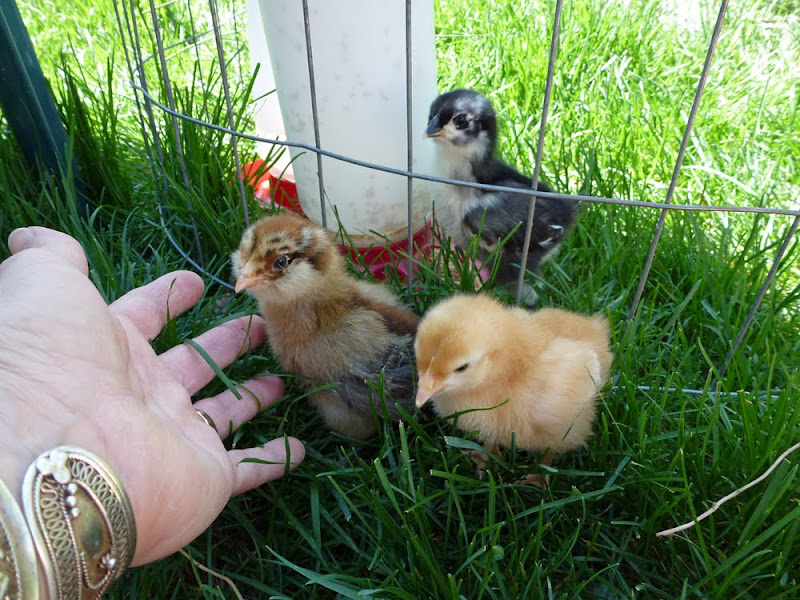 They act frightened of me when they're in their indoor cage but that changed when they encountered the great, scary outdoors. 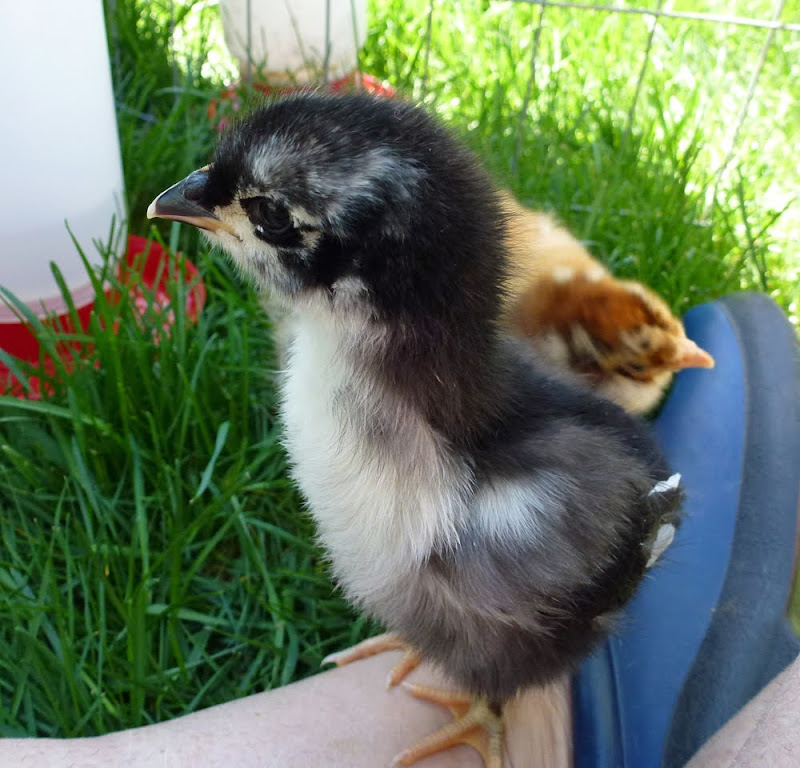 They were perfectly happy to "perch" on my arm and watch the world from that point of relative safety. 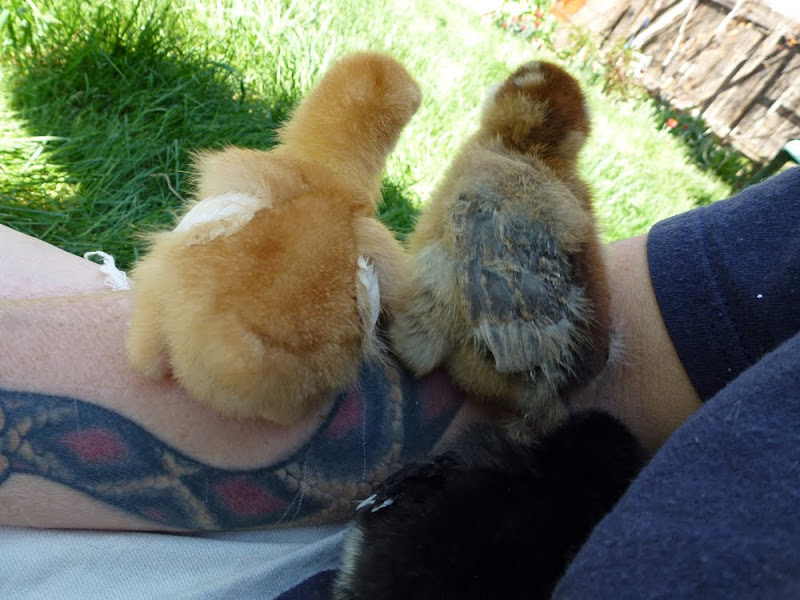 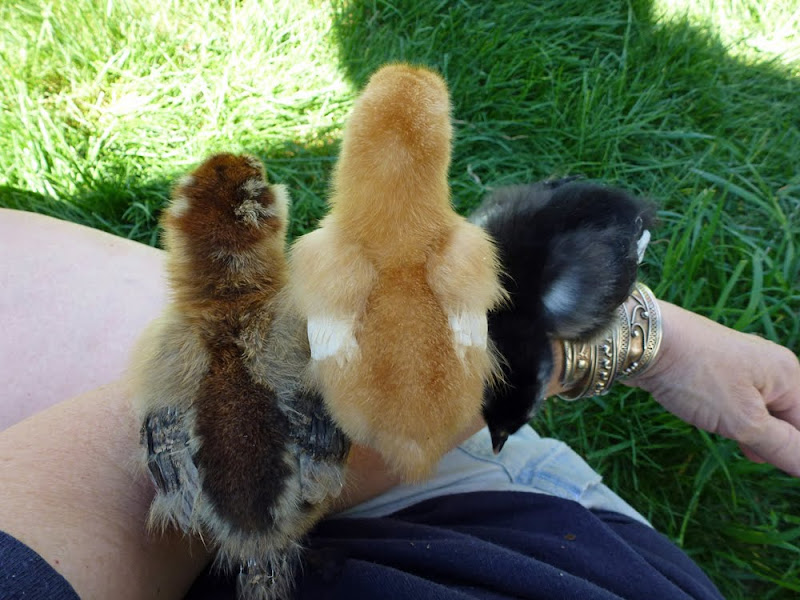 The temp was around 90 degrees so they were nice and warm. 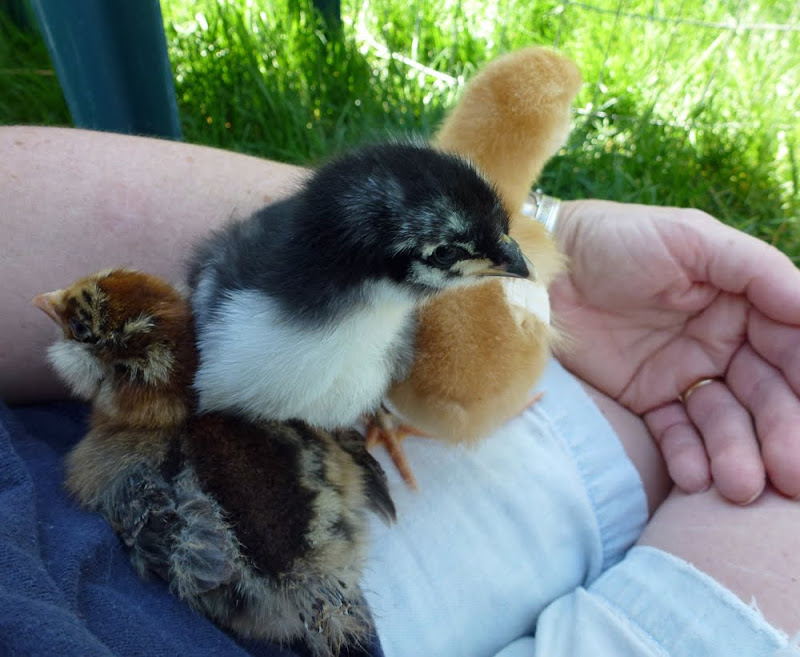 We were having a great time until someone showed up wanting some attention of his own. 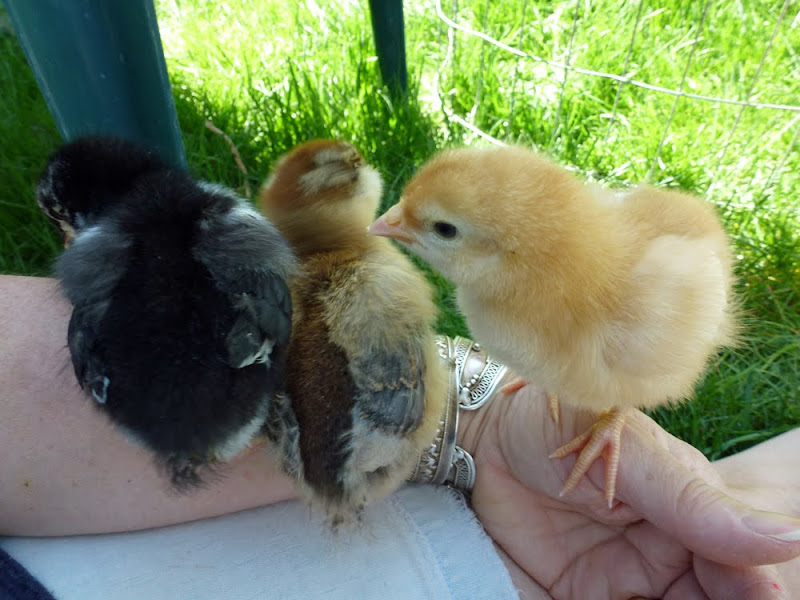 He ignored the chicks but I put them back in their carrying box and gave Felix the loving he deserved for not eating my new babies. 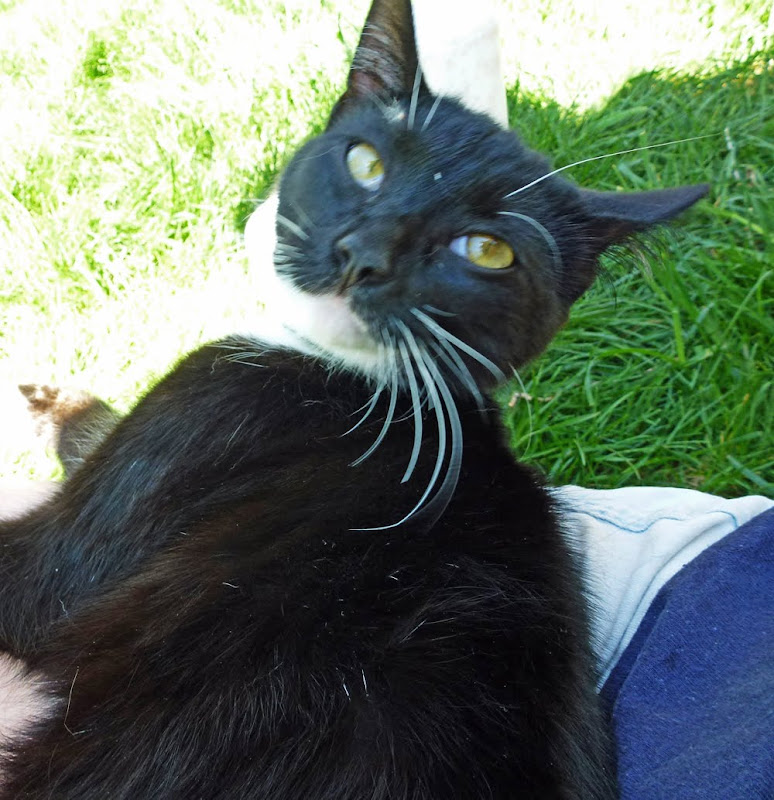 Here's a short two minute video of the chicks.
Posted by Victoria Williams at 7:27 AM

I love to see little chicks, wish I could have some, but we travel away too much and there would be no one to care for them.

They are precious! Yes, it has been unusually hot. It's taking its toll on my tulips but opening up a lot of other things. My lilacs are in full bloom right now. Between them and the honeysuckle my back yard smells divine!

That big bad world is scary! What cuties. Love them perched on your arm.

Ohhhhh!!! I want to touch them!
P.S. Pretty bracelet, too!

This is AWESOME, Victoria. Your babies are so cute. You make me want some of my own. And Felix is being such a good boy. Give him some blogger love for me.

The chicks are so adorable!!