Remember when Tootsie was molting and she looked like this? 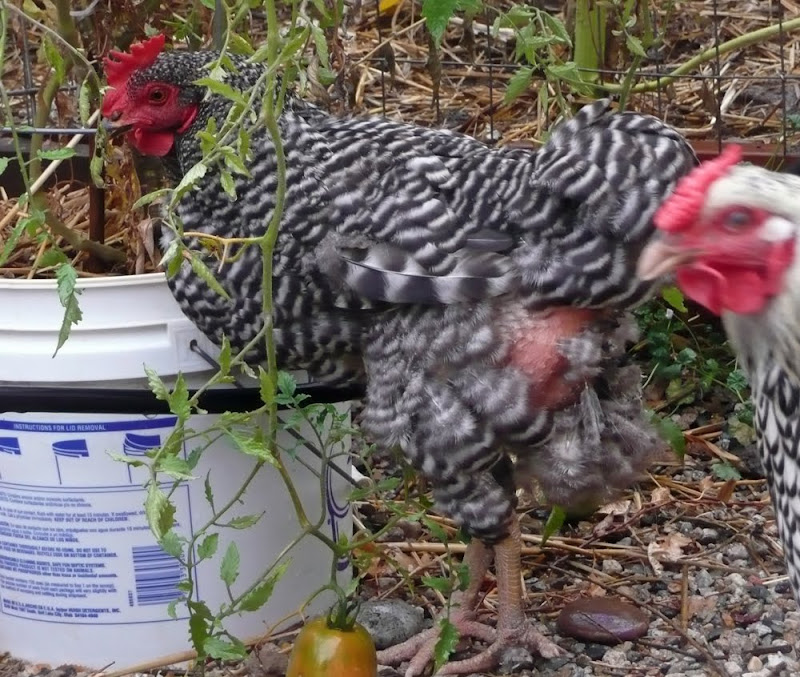 And she spent her time hiding and being pathetic? 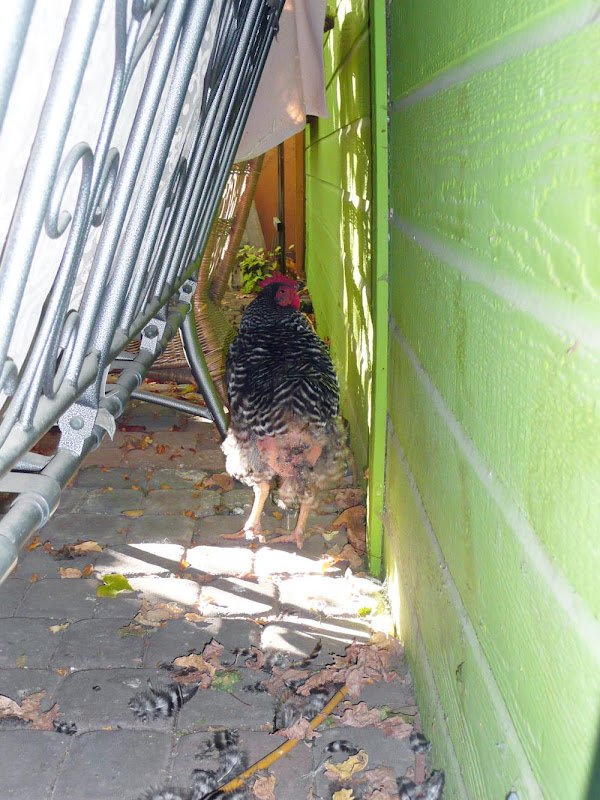 We haven't seen an egg in over two months now.

Tootsie is back to normal, looking like her old fat self. And so are the other two.
Here they are, happy to venture out of their coop as long as the snow is gone. 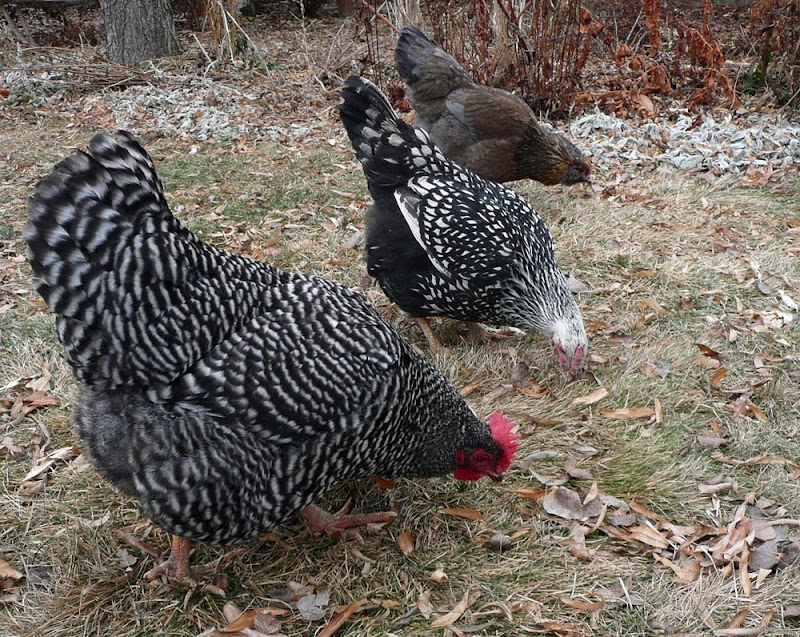 We're hoping they get to laying again soon.

Tootsie decided our dog Chelsea needed proof of who owns the back yard. 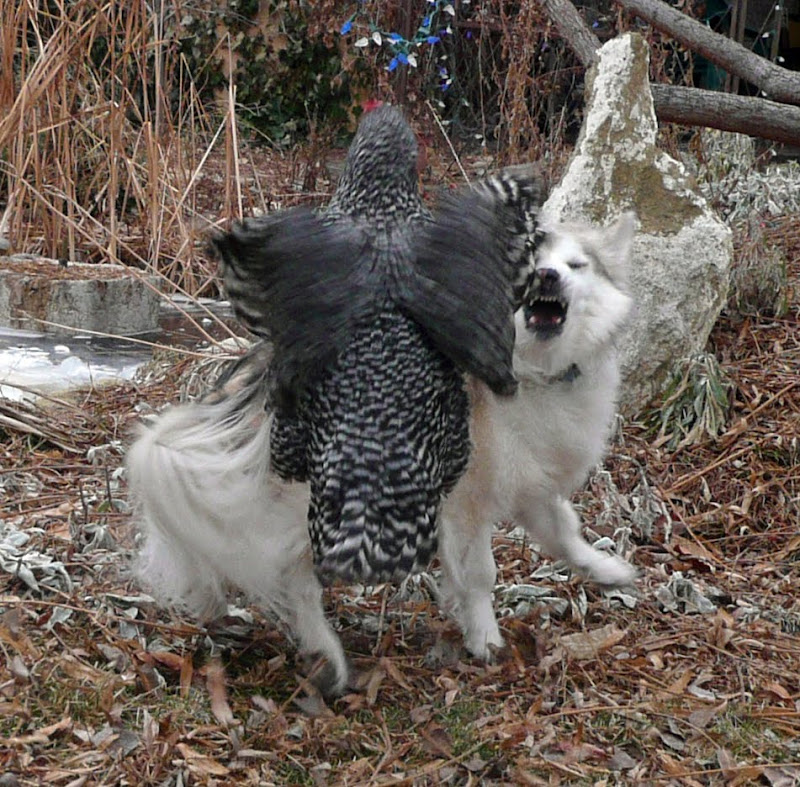 All ended well as each went their own way unscathed.... 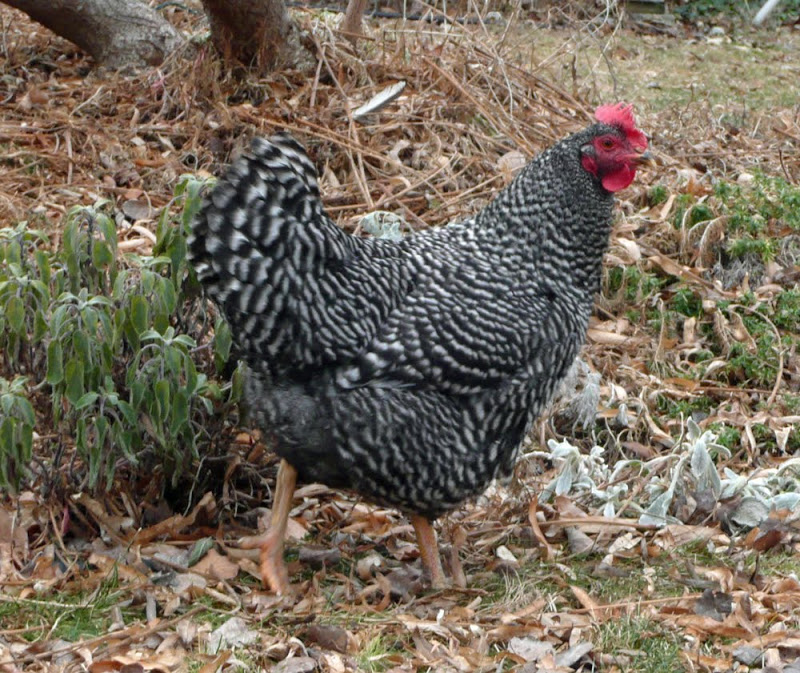 I don't think Chelsea would ever seriously hurt Tootsie but Chelsea will stick up for herself when necessary. (Otherwise she goes out of her way to avoid running into Tootsie when in the yard.)

They were featured on Cute With Chris.

Here's looking forward to longer days and having our own eggs again.
Posted by Victoria Williams at 6:16 AM

Thanks for the update wondered how the girls were doing. I bet you really miss the fresh eggs.

LOL. Poor Chelsea is being totally dominated by a chicken!

If Chelsea kills one of your chickens you'll never keep her from doing it again, once they taste the blood that is it.. Hope they both learned a good lesson.

I think Tootsie is very cute...

Do you eat your chicken? D: Or do you just eat/sell the eggs? :D

Cracks me up that Tootsie showed Chelsea who was boss! Cheers to fresh eggs sooner than later.

Oh man, animals are just like kids, aren't they? I'm surprised she picked on someone double her size. She has Moxie. ;0) I hope you get some eggs soon, too!

Whoa! I'm glad your dog & chickens coexist well enough that no one got hurt. That's an amazing photo. It's great your girls are feeling feathered again.