I got all enthused the other night and decided to actually cook dinner for once.

Do you hate cooking during the summer? I do. We should just grill something every night as far as I'm concerned. And that's not my opinion just because it's hot out, it's my opinion because I feel like I don't have time for cooking. There are chicks to take care of, the flower garden, the veggie garden, dog walks, an aquarium to clean, housework, oh, and of course.......my 40 hour a week job! How could I forget that? So I just don't feel like cooking during the summer months.

But Kim needed something to take to work for dinner and as we were skimming through some old Sunset magazines the other night (for what, I can't remember anymore) I came upon a recipe for Chile Relleno Souffle. September 2006 issue. It sounded good. I was enthused.

Don't they look lovely? I was so proud of myself. 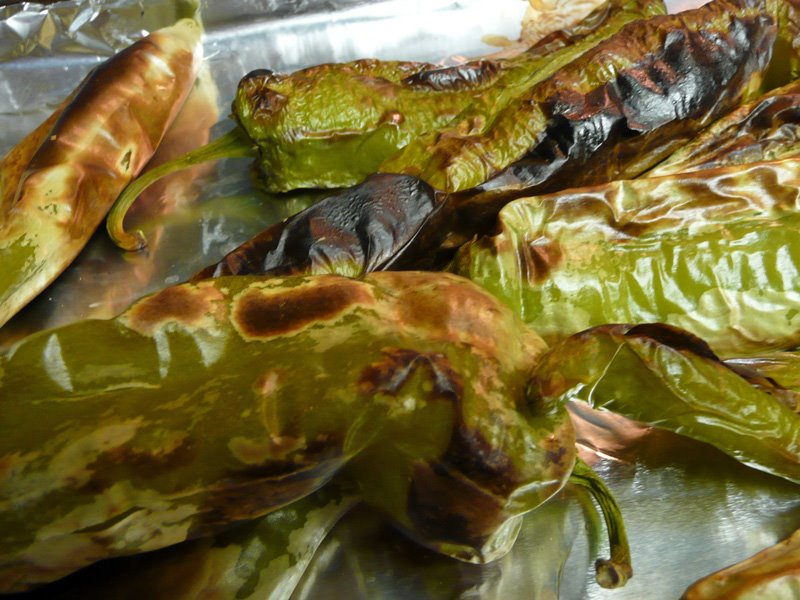 So far so good. OK, what's next? "Remove charred skin, stems, and seeds. Chop chiles and set aside."

What??? I just added that pretty charred skin and now it's leaving? Just like that?

Well, I continued to follow the recipe and it turned out great.
I would recommend oiling the pan you cook the "souffle" in though. I didn't and it was a bugger to clean.

Tasted good though. We did add the cilantro and hot sauce called for in the recipe. 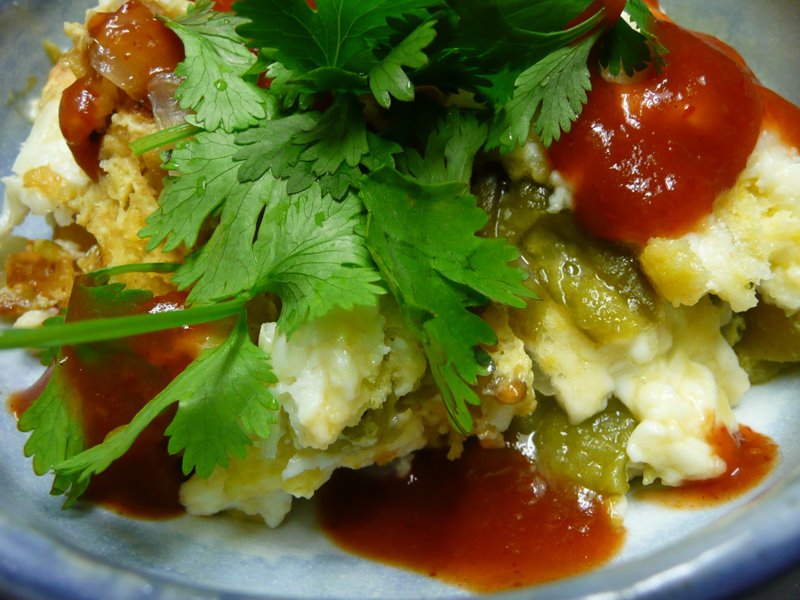 For dessert I made some fake "sopaipillas" that my friend Carol invented.

Fry corn tortillas lightly in an oiled skillet, place on paper towels, dust with cinnamon and sugar, fold in half and fill with cool whip. Yum.

We recently received the July issue of Sunset magazine and it contained a recipe for Raspberry Lemon Pudding Cakes. " 'This light and tangy lemon dessert satisfies my longing for lemon pie,' said reader Jeanette Hennings about her original version of this recipe. We added loads of berries for a more summery take. The tender berry cake rises to the top, and the creamy lemon cake sinks to the bottom." 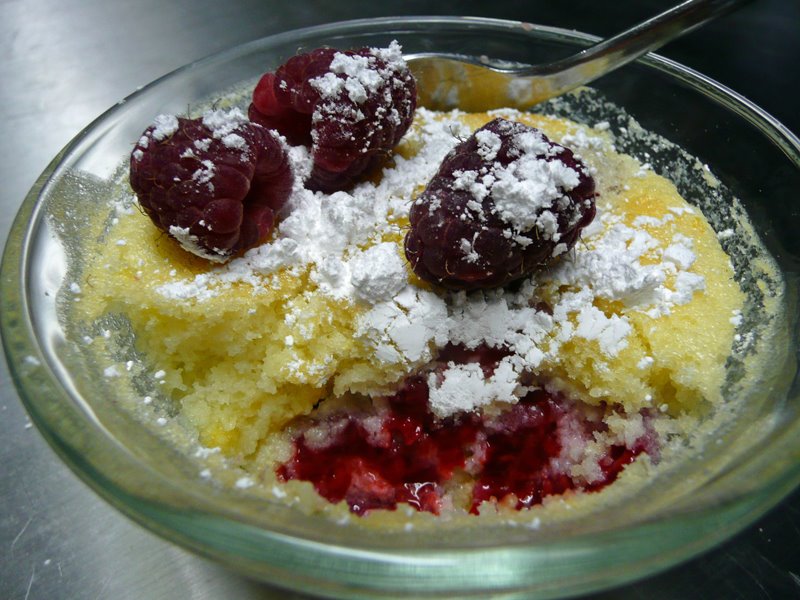 They certainly are tasty and were easy to make.

Also in the July issue check out Katie's quote from Garden Punks.
Posted by Victoria Williams at 2:33 PM

Glad you liked the recipe. I have had terrible luck with all recipes lately. The food's descriptions are much better than the finished product. If you like to grill, try Sunset's Tri tip with Cuban Mojo sauce. Best thing I've ever had out of a magazine.

And thanks for the shout out!

I'm so hungry already right now, and that looks so good!! I don't like cooking in the summer either. The day goes by so quick and before I know it, it's time for dinner. I could eat salad every night and be happy.

It all looks very tasty.

I hate that ~ going to all the trouble of charring the chilies then peeling it off. So funny when you said that! You really were in the mood to cook ~ lots of yummy dishes here ~ I would love to taste test them all. Fake sopapillas sound delicious too (and easy) ~ I'm into that!

I am so hungry now! Looks yummy!