Chicks on the Town

Well, not really.
Just in our back yard. The weather cooperated during my weekend and so I introduced them to the great outdoors.

The first time they were a little wary and didn't move around too much but they warmed up to it by day two. 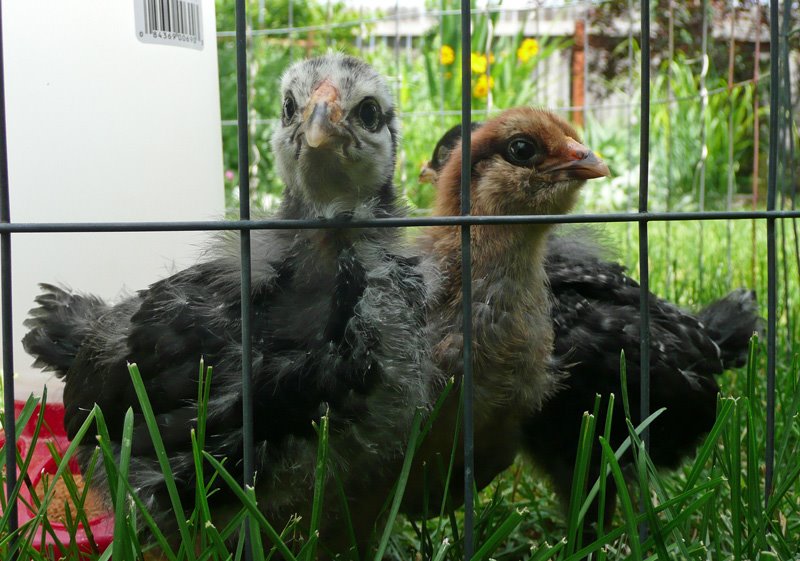 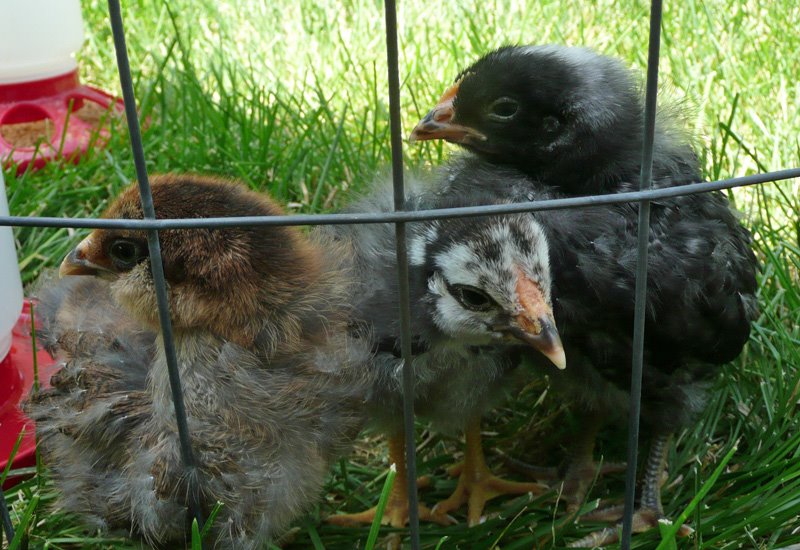 I'm surprised at what a "unit" they are. They do everything together. Eat, sleep, walk around. When Kim held Tootsie on his lap the other day Ginger was obviously calling to her. They "talked" back and forth until we returned Tootsie to the cage.

In the photo above you can see Tootsie's comb forming.

Is it just me or does Ginger have the prettiest feathers? 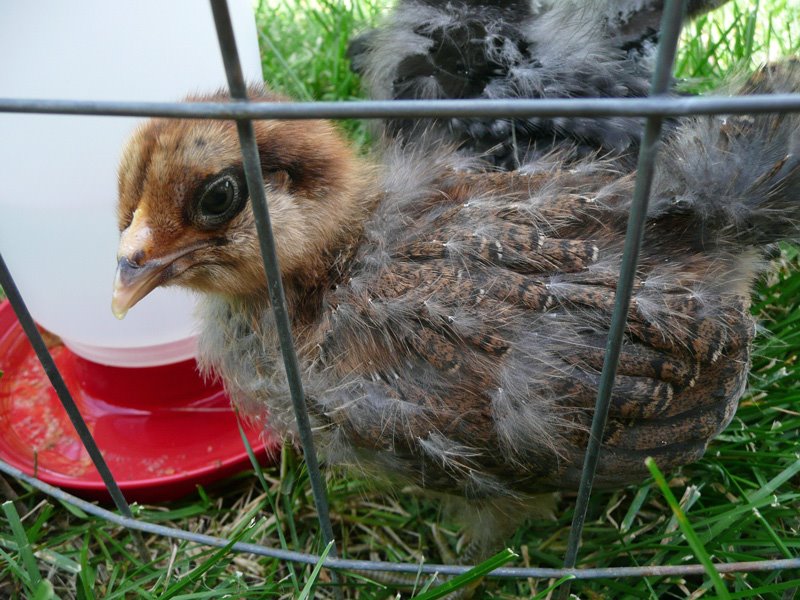 And look at the striping forming on Tootsie. 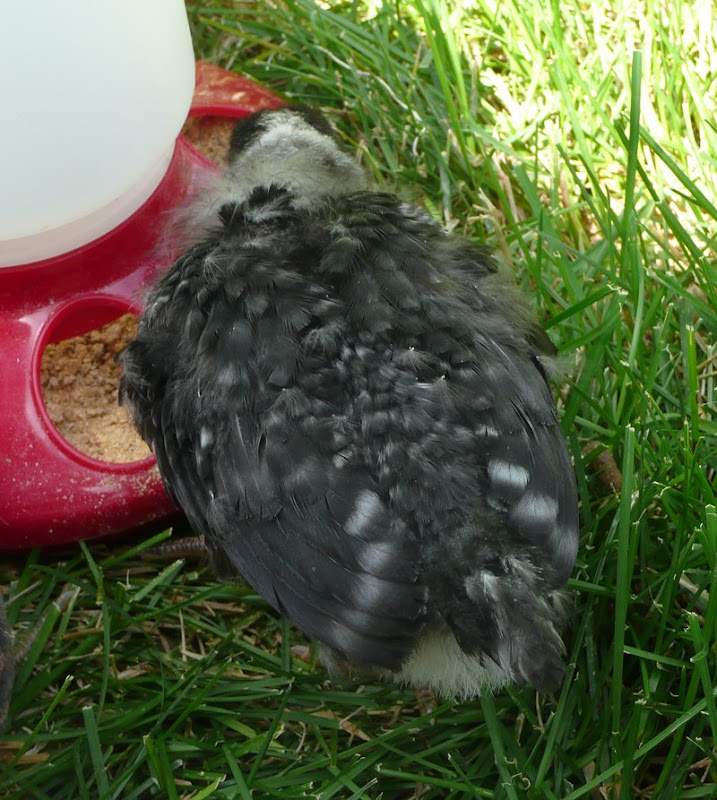 Jelly Bean looks as though she's wearing a boa. 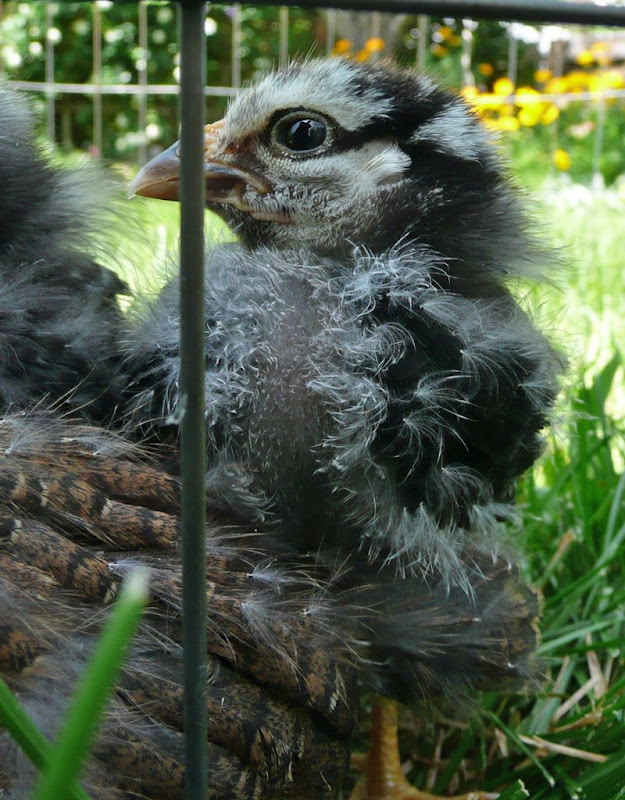 And finally a short (less than one minute) video of them.

Posted by Victoria Williams at 5:02 PM

Love it! Will visit regularly having found you.

Too cute!! I love on the video where the dog barked and they all looked in unison. They are their own little pack.

They are too cute! I love that they all stick together. I have a friendly one but I read that she is possible a he if you assess based on visual characteristics. She is a barred rock and her chest is light gray, supposedly males are light gray and females are dark like their back. Sure hope Monica is a hen, she is too sweet to be a rooster.

they are so cute! I watched your little video and my kitty was riveted! she couldn't tear her eyes off the screen!

How sweet that they are bonded to each other. Maybe that will keep them from picking on each other when they grow up?
Cute video!

Fresh eggs are the best! They are so cute!

Such cute chicks, it's a treat to get to see them growing up