Oh my. I made so many loaves of bread today. I was inspired by the need to make decent bread. I started with a loaf of 100% whole wheat bread, a recipe I found in Mother Earth News. I used my bread machine for this recipe. (click on recipe to enlarge and/or print). 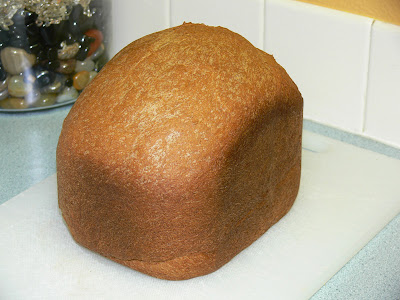 I haven't personally tried this bread yet, but my son Casey had a slice, and he really liked it. He and I have pretty much the same tastes in bread, so I'm sure I'll like it also.

Then I realized Kim would need some bread also. He is not a fan of homemade bread; I know, I know, he's crazy! So I made a loaf of white-crap for him;

We'll see how it turned out. No one has tried it yet. It deflated a bit on the top. Don't know why. We'll see if it effects the taste or not.

During all this, I was working on some Parisian Bagettes. 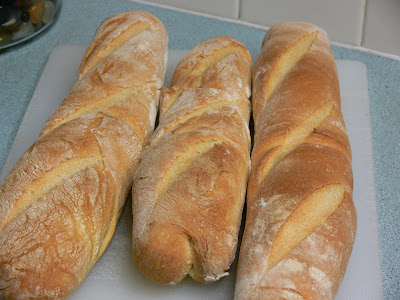 These turned out great! I was so excited! Follow the recipe here.
Vanessa came over tonight and she, Kim and I shared a loaf of this bread. (the recipe makes three loaves). It was great! I made up some olive oil for dipping which I had warmed up on the stove with basil leaves and chopped garlic. Tasted soooooo good!

Of course we also had wine with this...which never hurts. 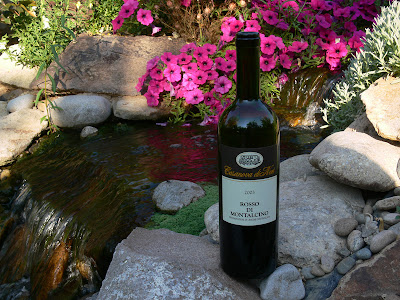 Which I bought from Wines Til Sold Out. A great place for some well priced wines.

We finished painting the kitchen today, I'll post some pics later. The bread making was very satisfying. I'm getting all domestic lately. I'm not pregnant, that much I do know. Must be some other sort of nesting syndrome. Whatever, if it gives me good bread, I'll take it!

And we did some tarot card readings tonight; always interesting. A good night!
Posted by Victoria Williams at 9:33 PM

The Parisian Bagettes look wonderful!!! Bread and wine are all I need. Yum.

Home baked bread is the ultimate comfort food. Throw in some wine and a tarot readng and I'd call that an evening well spent.

MMmmm.. your baguettes with the olive oil dip sound soo good.. I love different kinds of bread, but never bothered to try making any myself. Maybe I should start with this one:)

Yum! I love your photos with the bottles of wine in your garden. It looks like an advertisement. They are beautiful...and so is your garden!